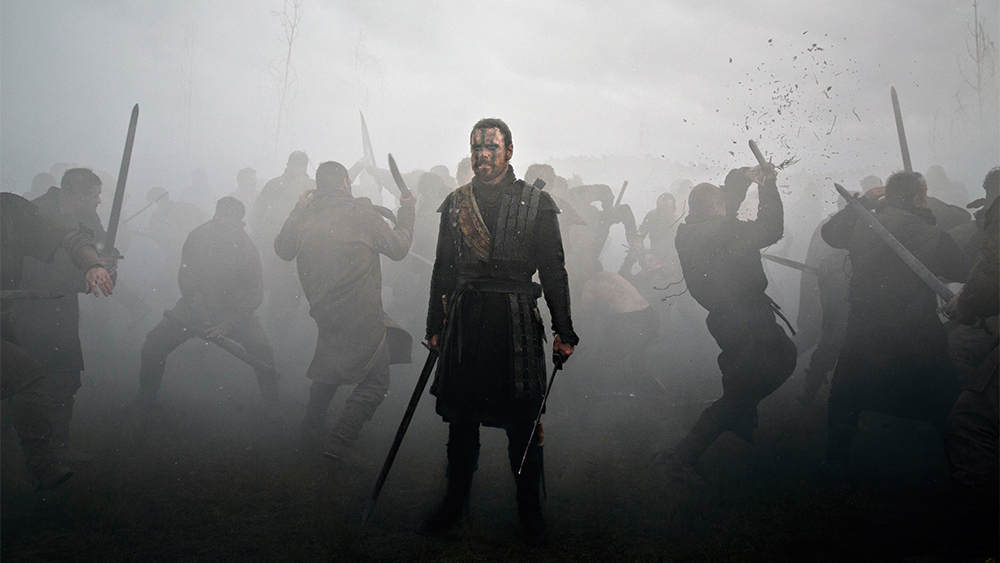 Shakespeare knew how to create insults, invent words, and, quite significantly, kill off his characters. Death in Shakespeare is a significant theme, and it’s one in which Shakespeare’s creativity was on full display. That’s why we’re featuring the National Theatre’s “Everybody Dies” Shakespeare infographic. (Keep scrolling to see the full infographic.)

Was Shakespeare obsessed with death?

It’s somewhat cliche, if not a little naive, to declare that “everybody dies” in Shakespeare’s plays. 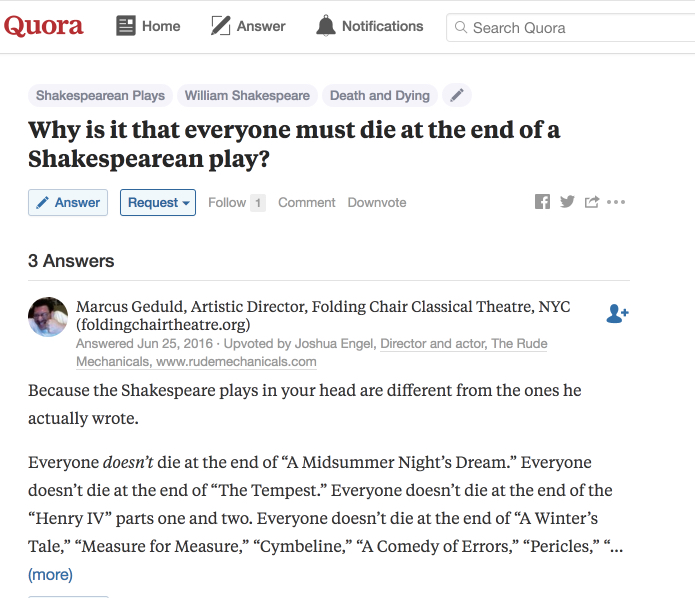 Obviously, everybody does not die in Shakespeare’s plays. However, in keeping with tragedic tradition, Shakespeare’s tragedies do feature a lot of death.

According to the Encyclopedia Britannica, a tragedy “treats in a serious and dignified style the sorrowful or terrible events encountered or caused by a heroic individual.” A tragedy does not require that a character or hero die, but the significance of death serves to highlight the downfall of the hero or the far-reaching effects of his or her hubris.

Tragic heroes encounter a tragic finale. As discussed in Litcharts’s Tragic Hero Guide, “in order for a tragic hero to exist, he or she has to be part of a tragedy with a story that ends in death or ruin.”

It’s important to remember that Shakespeare lived and worked in a historical era where death was more apparent than it is today. Infant mortality was higher. Old age came earlier. Untreatable diseases were more prevalent. Capital punishment was accepted as judicious. Death is always a serious issue, but Elizabethans encountered death with greater regularity than today’s Westerners, living as we do with a higher degree of safety standards and civil protection.

Shakespeare’s original audiences were likely no less appalled by the frequency of death in his plays than we would be by, say, the high body count in a James Bond movie.

Death as a Shakespearean theme is widely studied and recognized. One of the reasons this is so has more to do with his perspicacity regarding death than the preponderance of death in his works.

It doesn’t take a deep thematic analysis to recognize Shakespeare’s depth of understanding on the topic. A few quotes should suffice:

Thou know’st ’tis common; all that lives must die,
Passing through nature to eternity.
Hamlet, Act 1, Scene 2

Cowards die many times before their deaths;
The valiant never taste of death but once.
Of all the wonders that I yet have heard.
It seems to me most strange that men should fear;
Seeing that death, a necessary end,
Will come when it will come.
Julius Caesar, Act 2, Scene 2

Death lies on her like an untimely frost
Upon the sweetest flower of all the field.
Romeo and Juliet, Act 4 Scene 5

With these features of death in Shakespeare’s plays in mind, let’s consider the ways and means in which Shakespeare’s characters encountered their demise. (Click to enlarge.)