Download this LitChart! (PDF)
Teachers and parents! Struggling with distance learning? Our Teacher Edition on Beautiful Boy can help.

Welcome to the LitCharts study guide on David Sheff's Beautiful Boy. Created by the original team behind SparkNotes, LitCharts are the world's best literature guides.

A concise biography of David Sheff plus historical and literary context for Beautiful Boy.

A quick-reference summary: Beautiful Boy on a single page.

In-depth summary and analysis of every chapter of Beautiful Boy. Visual theme-tracking, too.

Explanations of Beautiful Boy's symbols, and tracking of where they appear.

An interactive data visualization of Beautiful Boy's plot and themes.

Sheff was born in Boston, Massachusetts and graduated from the University of California at Berkeley before beginning a long career in journalism. He has written for The New York Times, Rolling Stone, Playboy, Wired, Fortune, and NPR’s All Things Considered. His son Nic was born in July 1982; he and his wife Vicki divorced in 1985, and Sheff remarried in 1989 to Karen Barbour. He and Karen had a son, Jasper, in December 1993, and a daughter, Daisy, in June 1996. On February 6, 2005, Sheff published a story called “My Addicted Son” in The New York Times Magazine about Nic’s drug addiction, and the positive response to the article prompted Sheff to write Beautiful Boy. He has since written several other books about his and Nic’s personal journeys with Nic’s addiction. Sheff currently lives in San Francisco, California.
Get the entire Beautiful Boy LitChart as a printable PDF.
"My students can't get enough of your charts and their results have gone through the roof." -Graham S.
Download 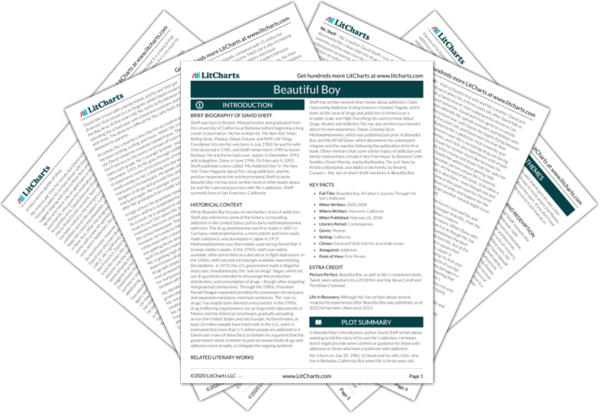 While Beautiful Boy focuses on one family’s story of addiction, Sheff also references some of the history surrounding addiction in the United States, particularly methamphetamine addiction. The drug amphetamine was first made in 1887 in Germany; methamphetamine, a more potent and more easily made substance, was developed in Japan in 1919. Methamphetamine was then widely used during World War II to keep soldiers awake. In the 1950s, meth was widely available, often prescribed as a diet aid or to fight depression. In the 1960s, meth became increasingly available, exacerbating the epidemic. In 1970, the U.S. government made it illegal for most uses; simultaneously, the “war on drugs” began, which set out drug policies intended to discourage the production, distribution, and consumption of drugs—though often targeting marginalized communities. Through the 1980s, President Ronald Reagan expanded penalties for possession of marijuana and expanded mandatory minimum sentences. The “war on drugs” has largely been deemed unsuccessful: in the 1990s, drug trafficking organizations set up large meth laboratories in Mexico and the American Southwest, gradually spreading across the United States and into Europe. As David notes, at least 12 million people have tried meth in the U.S., and it is estimated that more than 1.5 million people are addicted to it. David uses many of these facts to bolster his argument that the government needs to better its policies toward both drugs and addiction more broadly, to mitigate the ongoing epidemic.

Other Books Related to Beautiful Boy

Sheff has written several other books about addiction: Clean: Overcoming Addiction; Ending America’s Greatest Tragedy, which looks at the issue of drugs and addiction in America on a broader scale, and High: Everything You want to Know About Drugs, Alcohol, and Addiction. Nic has also written two memoirs about his own experience: Tweak: Growing Up on Methamphetamines, which was published just prior to Beautiful Boy, and We All Fall Down, which documents his subsequent relapses and the reaction following the publication of his first book. Other memoirs that cover similar topics of addiction and family relationships include A Very Fine House  by Barbara Cofer Stoefen, Drunk Mom by Jowita Bydlowska, The Lost Years by Kristina Wandzilak, and Addict in the Family, by Beverly  Conyers—the  last of which Sheff mentions in Beautiful Boy.
Key Facts about Beautiful Boy

Life in Recovery. Although Nic has written about several relapses he experienced after Beautiful Boy was published, as of 2020 he has been clean since 2011. 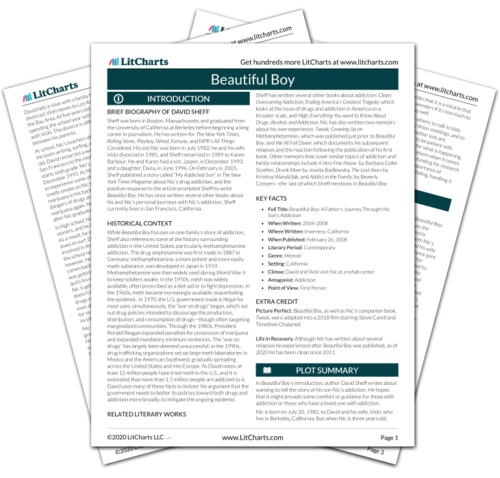 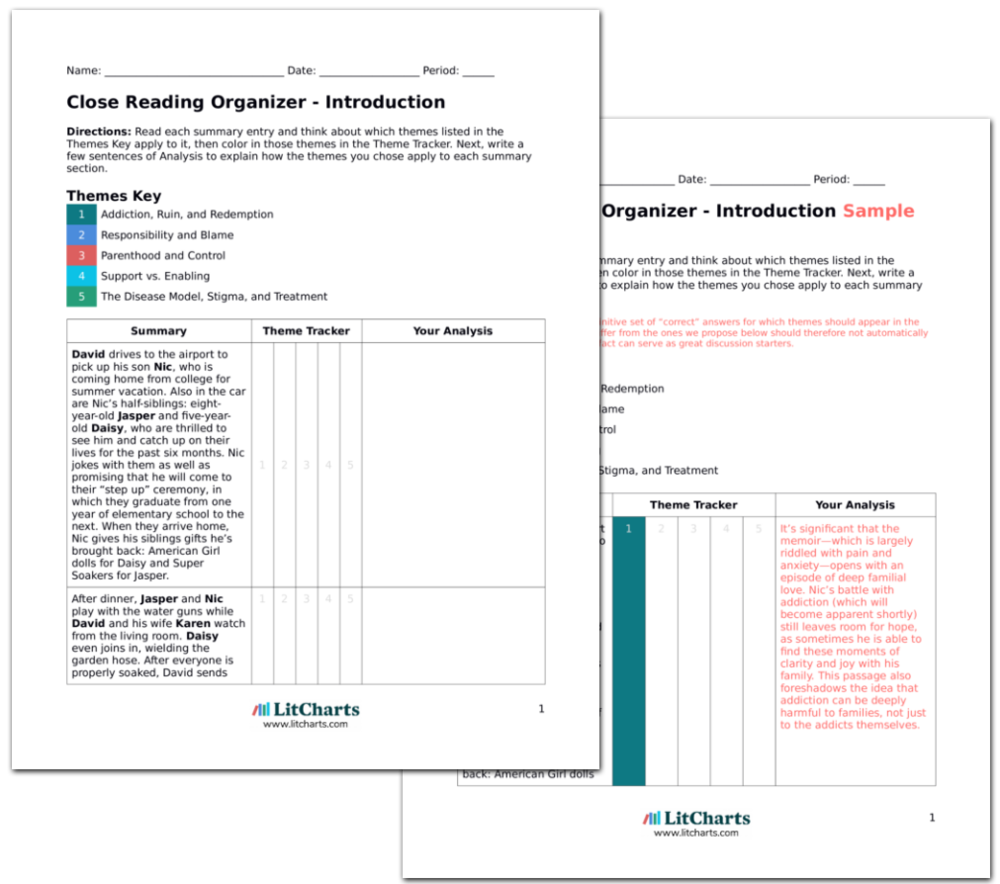