Download this LitChart! (PDF)
Teachers and parents! Struggling with distance learning? Our Teacher Edition on Copper Sun can help.

Welcome to the LitCharts study guide on Sharon Draper's Copper Sun. Created by the original team behind SparkNotes, LitCharts are the world's best literature guides.

A concise biography of Sharon Draper plus historical and literary context for Copper Sun.

A quick-reference summary: Copper Sun on a single page.

In-depth summary and analysis of every chapter of Copper Sun. Visual theme-tracking, too.

Explanations of Copper Sun's symbols, and tracking of where they appear.

An interactive data visualization of Copper Sun's plot and themes.

Draper, the oldest of three children, was born in Cleveland, Ohio. She was an avid reader as a child, devouring almost every book in her library’s children’s section by age 11. She earned a bachelor’s in English from Pepperdine University and went on to pursue a master’s in English from Miami University of Ohio. Following the completion of her education, she began teaching high school in Cincinnati. In 1990, one of her students challenged her to write something of her own. The resulting short story, “One Small Torch,” won a writing contest sponsored by Ebony magazine. A decade later, Draper retired from teaching to focus on writing instead. Over the course of her career, she’s won awards both for her teaching and for her writing. She’s won five Coretta Scott King Book Awards (one of which was for Copper Sun) and has had several of her novels listed as ALA Best Books. Several of her books have won local and regional awards as well. Many of Draper’s books focus on the experience of Black Americans or of racial tensions in the U.S. more broadly.
Get the entire Copper Sun LitChart as a printable PDF.
"My students can't get enough of your charts and their results have gone through the roof." -Graham S.
Download 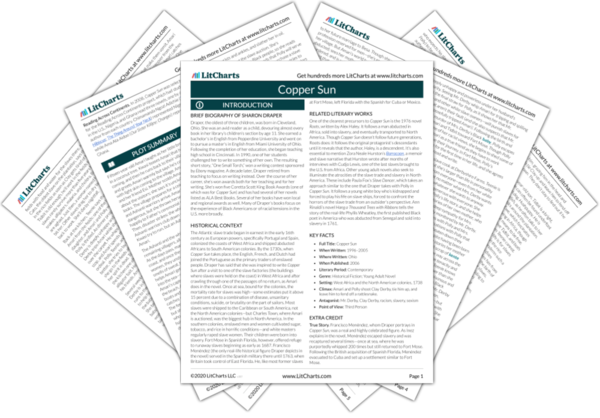 The Atlantic slave trade began in earnest in the early 16th century as European powers, specifically Portugal and Spain, colonized the coasts of West Africa and shipped abducted Africans to South American colonies. By the 1730s, when Copper Sun takes place, the English, French, and Dutch had joined the Portuguese as the primary traders of enslaved people. Draper has said that she was inspired to write Copper Sun after a visit to one of the slave factories (the buildings where slaves were held on the coast) in West Africa and after crawling through one of the passages of no return, as Amari does in the novel. Once at sea, bound for the colonies, the mortality rate for slaves was high—some estimates put it above 15 percent due to a combination of disease, unsanitary conditions, suicide, or brutality on the part of sailors. Most slaves were shipped to the Caribbean or South America, not the North American colonies—but Charles Town, where Amari is auctioned, was the biggest hub in North America. In the southern colonies, enslaved men and women cultivated sugar, tobacco, and rice in horrific conditions—and white masters regularly raped slave women. Their children were born into slavery. Fort Mose in Spanish Florida, however, offered refuge to runaway slaves beginning as early as 1687. Francisco Menéndez (the only real-life historical figure Draper depicts in the novel) served in the Spanish military there until 1763, when Britain took control of East Florida. He, like most former slaves at Fort Mose, left Florida with the Spanish for Cuba or Mexico.

Other Books Related to Copper Sun

One of the clearest precursors to Copper Sun is the 1976 novel Roots, written by Alex Haley. It follows a man abducted in Africa, sold into slavery, and eventually transported to North America. Though Copper Sun doesn’t follow future generations, Roots does: it follows the original protagonist’s descendants until it reveals that the author, Haley, is a descendent. It’s also essential to mention Zora Neale Hurston’s Barracoon, a memoir and slave narrative that Hurston wrote after months of interviews with Cudjo Lewis, one of the last slaves brought to the U.S. from Africa. Other young adult novels also seek to illuminate the atrocities of the slave trade and slavery in North America. These include Paula Fox’s Slave Dancer, which takes an approach similar to the one that Draper takes with Polly in Copper Sun. It follows a young white boy who’s kidnapped and forced to play his fife on slave ships, forced to confront the horrors of the slave trade from an outsider’s perspective. Ann Rinaldi’s novel Hang a Thousand Trees with Ribbons tells the story of the real-life Phyllis Wheatley, the first published Black poet in America who was abducted from Senegal and sold into slavery in 1761.
Key Facts about Copper Sun

True Story. Francisco Menéndez, whom Draper portrays in Copper Sun, was a real and highly celebrated figure. As Inez explains in the novel, Menéndez escaped slavery and was recaptured several times—once at sea, where he was purportedly whipped 200 times but still returned to Fort Mose. Following the British acquisition of Spanish Florida, Menéndez evacuated to Cuba and set up a settlement similar to Fort Mose.

Reading Across Continents. In 2008, Copper Sun was selected for the Reading Across Continents project, which had students in the U.S., Nigeria, and Ghana read three novels, one by an author from each country. Chimamanda Ngozi Adichie (Purple Hibiscus; The Thing Around Your Neck) represented Nigeria, while Ama Ata Aidoo (Our Sister Killjoy; Changes) represented Ghana. 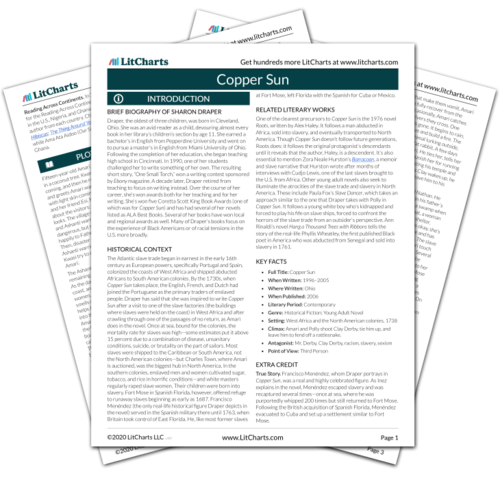 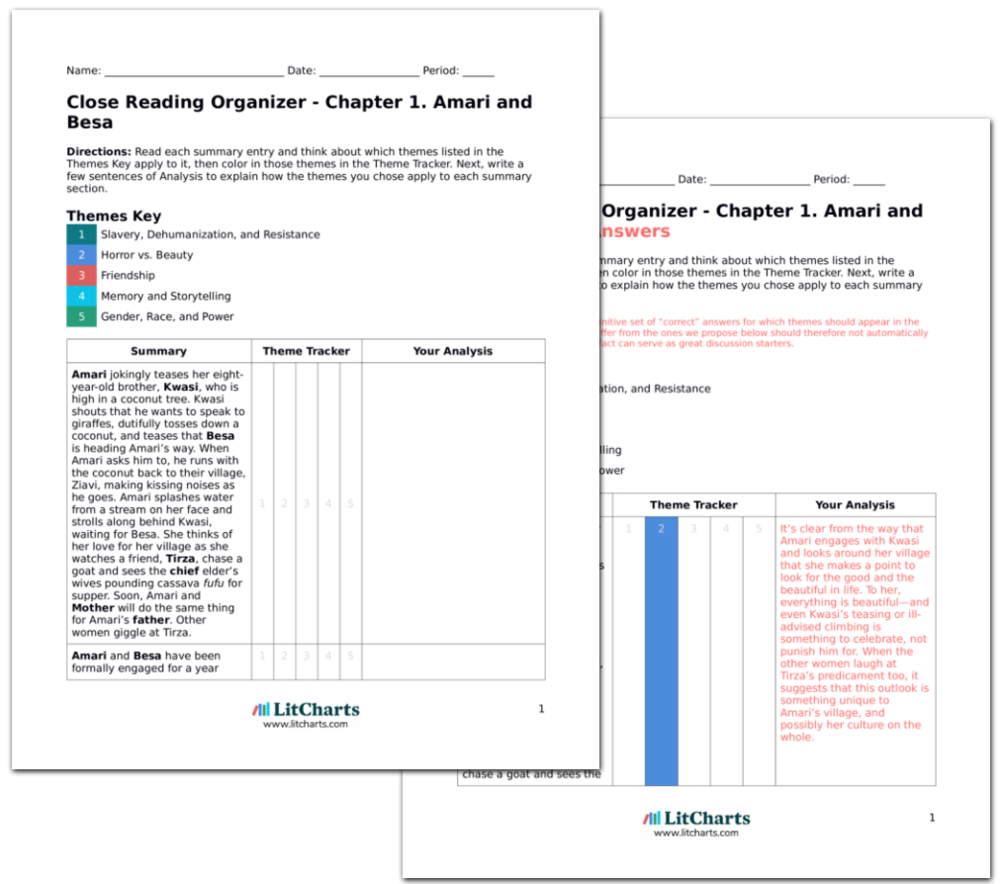