Crumbs From the Table of Joy is a play that explores the impact a strong sense of faith can have on a person’s life. For Ernestine Crumb’s father, Godfrey, religious faith is what helps him feel centered and grounded in the face of sadness and uncertainty. In the aftermath of his wife’s death, he devotes himself to the Peace Mission Movement (a real-life movement led by a Black man named Father Divine, who claimed to be God). Throughout the play, Godfrey writes down questions he wants to ask Father Divine when he finally sees him, illustrating the extent to which he has allowed religion and the Peace Mission Movement to inform his life—so much, it seems, that he is hesitant to think for himself, instead wanting constant guidance. In contrast, his dead wife’s sister, Lily, is highly critical of organized religion, instead aligning herself with the Communist Party and filtering her thoughts through a communist lens—thoughts that she shares with Ernestine.

Although Lily and Godfrey are highly critical of each other’s beliefs, the faith they place in their respective worldviews are actually quite similar, since they both invest themselves in ideas and organizations that give their lives a sense of purpose. Simply put, both characters believe in the importance of things that are bigger than themselves. The play thus explores the human impulse to find meaning and hope in belief systems or institutions that help make sense of the world. It effectively dramatizes this impulse by highlighting Ernestine’s gradual gravitation away from her father’s religion and toward her aunt’s political activism. 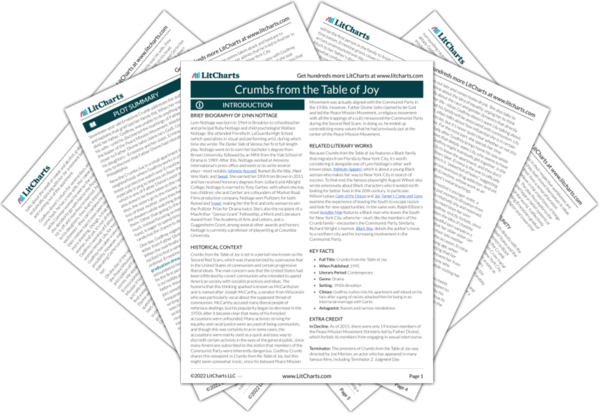 Faith, Devotion, and Hope Quotes in Crumbs from the Table of Joy

Below you will find the important quotes in Crumbs from the Table of Joy related to the theme of Faith, Devotion, and Hope.
Prologue Quotes

Father Divine…. Ever since Mommy passed on, he stands between us and our enjoyment. Daddy discovered Father Divine when he was searching to cure “the ailments of the heart,” those terrible fits of mourning that set in. (Godfrey begins to weep, loudly.) Father Divine, the great provider, sent his blessing via mail. And shortly there after Daddy was cured.

GODFREY. (Flabbergasted.) We’re now part of his flock, we’re capable of entering the Kingdom. (Godfrey, still in the heavenly daze, reaches into his wallet and counts out his money.) This is just about the best news I’ve heard.

I left Florida for a reason, couldn’t breathe, couldn’t think, couldn’t do nothing but go to work, make my dime and drink it down on Friday night. Then I found something that gave me inspiration, gave me strength to make a change. May not be like your change, revolution! Oh but it do feel that big to me. It soothed my pain and that’s all I want right now. It took all the strength I had to take these gals on a train out their wooden doors and place ’em here in brick and concrete.

And I think I deserve some respect and you’re trying me, you’re trying me. (Sniffs the air. Lily smiles seductively.) I smell the liquor and the sweat. I see the juke box swirling and the cats laughing. (He begins to laugh, lost in the memory.) I can hear the big sister on stage hollering out her song. Go on sing! (He stomps his feet.) But I ain’t going there. Taste my lips puffing on a Cuba, talking out my ass. (He pulls Lily close to him and does a few quick dance steps, then releases her.) Feel my hands ’round a woman’s hips, swaying to the beat. But I ain’t there! (He storms out the door.)

Wait! I…I still got all of these questions I wanted to ask Sweet Father. My pockets are stuffed full of paper. (The banquet table is removed leaving Godfrey sitting alone. Godfrey pulls handfuls of paper from his pocket. Ermina exits.) But, he promised and now I got to wait another year before I get the answers. Oh No! If he is the God he proclaims to be I need his answers now, I need him to help me move on. 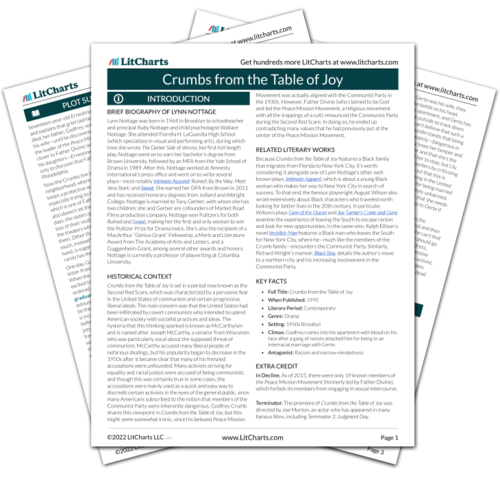 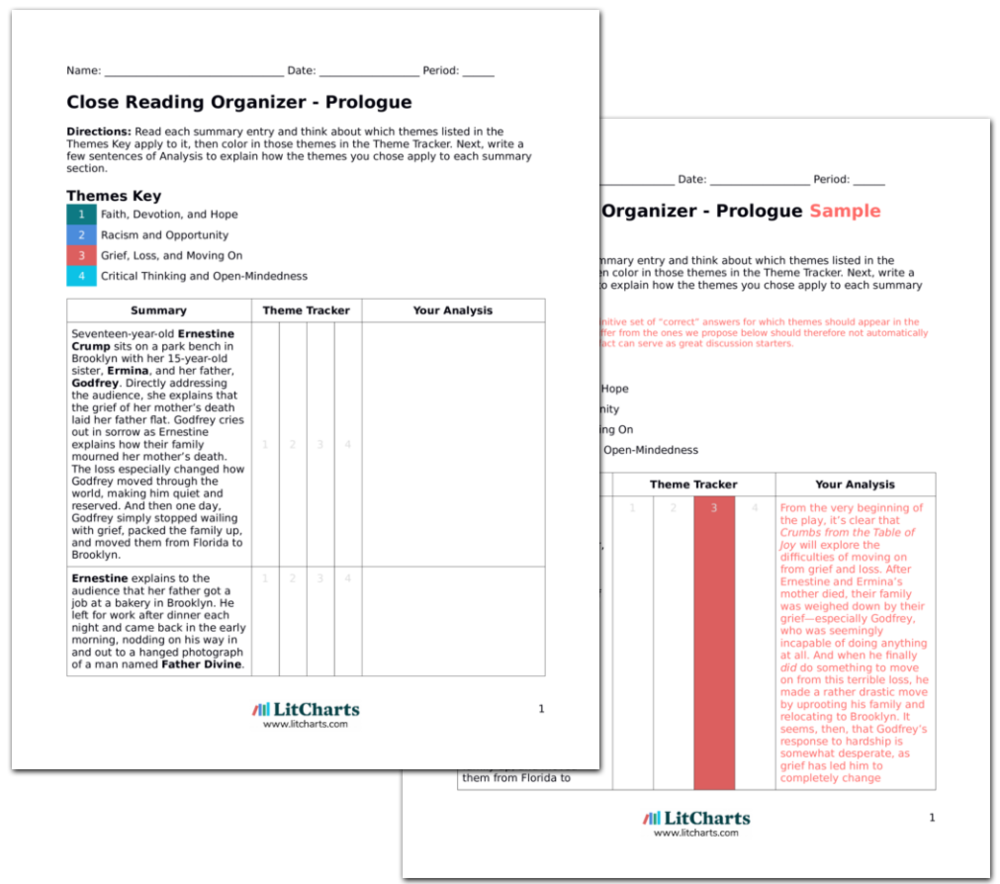