The bat is the primary animal-representation for Dracula. Bats in the novel, of course, desire the blood of other living things—they are mammals, and certain species of vampire bat do indeed feed on living animals. The bat, also, is nocturnal, or active at night, and the bat can fly, allowing it access to places Dracula might not otherwise be able to reach. Morris attempts to shoot a bat he sees flying around a meeting of the group, at the insane asylum; Harker fears that Dracula has changed himself into a bat, at his castle; both Lucy and Mina report having seen bats near them when they are being attacked by Dracula (or having their blood sucked); and Van Helsing later informs the group that bats—and also, secondarily, wolves and rats—are creatures historically associated with vampires, or the Un-Dead. When Dracula is truly killed at the end of the novel—when his spirit is "set free" by the group—representations of bats also cease—the bats are no longer under Dracula's power, and are free to return to their normal lives in the wild.

The Dracula quotes below all refer to the symbol of Bats. For each quote, you can also see the other characters and themes related to it (each theme is indicated by its own dot and icon, like this one:

). Note: all page numbers and citation info for the quotes below refer to the Dover Publications edition of Dracula published in 2000.
Chapter 19 Quotes

Last night I slept, but did not dream. I must have slept soundly, for I was not waked by Jonathan coming to bed; but the sleep has not refreshed me, for to-day I feel terribly weak and spiritless.

Unlock with LitCharts A+
Get the entire Dracula LitChart as a printable PDF.
"My students can't get enough of your charts and their results have gone through the roof." -Graham S.
Download 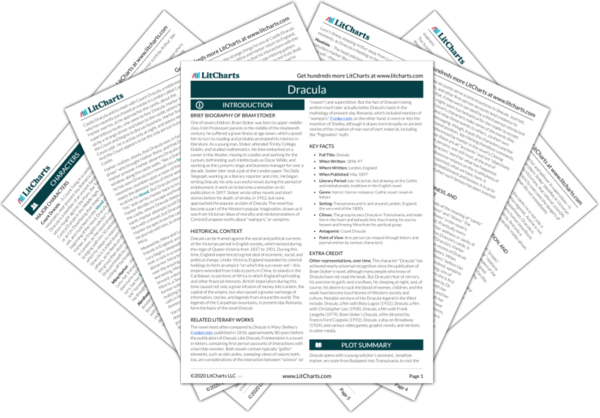 The timeline below shows where the symbol Bats appears in Dracula. The colored dots and icons indicate which themes are associated with that appearance.

...her knowledge), sits up and points to the window, where Mina, woken up, spies a bat trying to get in. Mina finds this odd, but Lucy goes back to sleep and... (full context)

...and the hospital orderlies catch Renfield, he looks upward, and they all spot a large bat flying ominously above. At this, Renfield becomes calm, and says he will go quietly back... (full context)

...Lucy has not been disturbed in her sleep, but has heard the wings of a bat battering against the window of her room. (full context)

...or Seward present. She goes to her window in the night and sees a big bat outside. Her mother walks into her bedroom and Lucy asks her mother to sleep with... (full context)

...real. Van Helsing announces that Lucy is probably a vampire—that she was bitten by a bat and slowly transformed into one, and this is why Lucy was losing so much blood.... (full context)

...men; they can marshal the forces of wind, thunder, and rain; they can command rats, bats, wolves, foxes, and other "lower" animals; and they must suck the blood of the living... (full context)

Morris, after this speech, walks outside and tries to shoot a bat which has flown around the house—he misses, but this reminds Van Helsing that the Count... (full context) 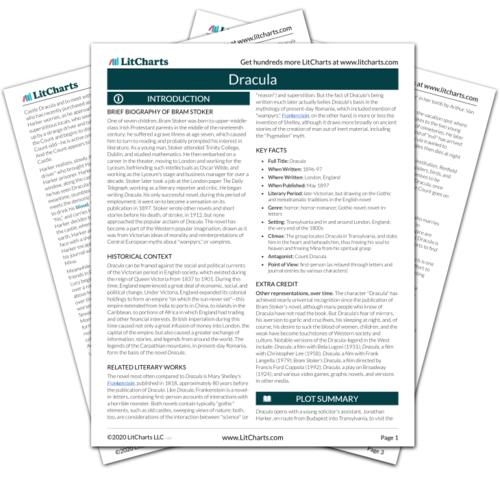 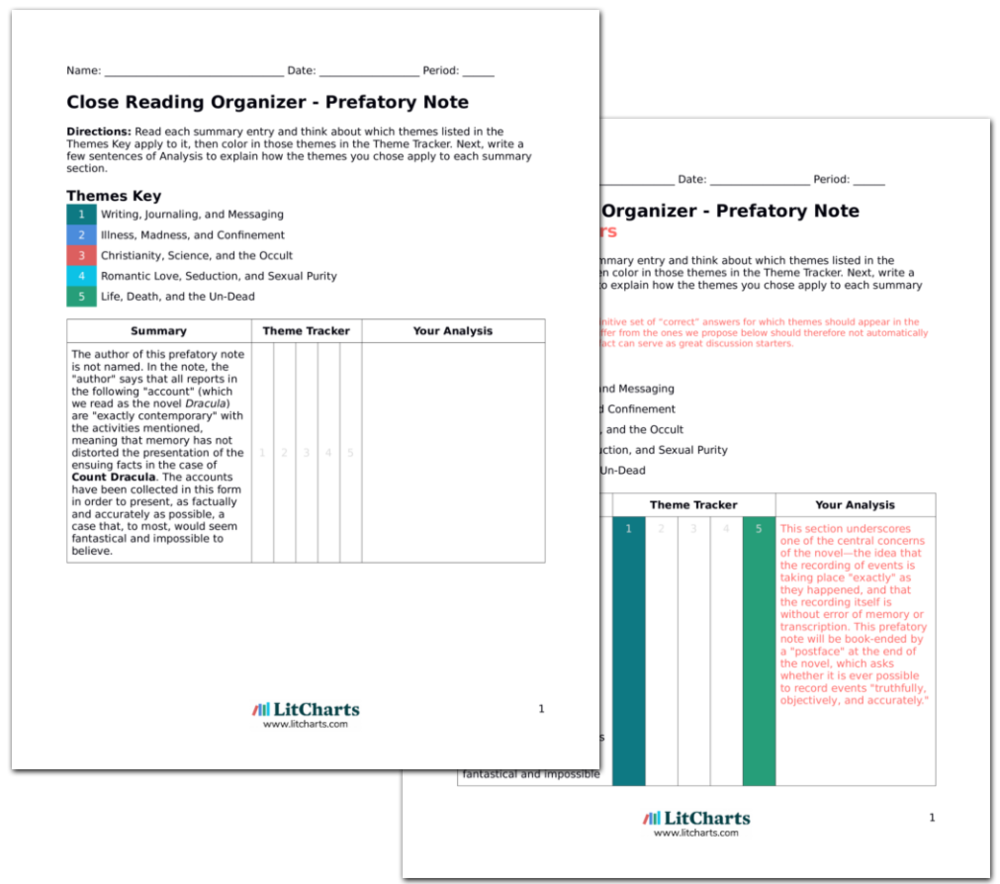