Download this LitChart! (PDF)
Teachers and parents! Struggling with distance learning? Our Teacher Edition on Hind Swaraj can help.

Speaking as the editor, Gandhi compares modern civilization to the highly toxic Upas tree (antiaris toxicaria) and uses the tree to demonstrate how moral, cultural, and political life are inherently tied together. Essentially, Gandhi believes that people's moral values are like the root of a tree because everything else in society grows out from them, including people's individual and family lives, the professions they choose, and the governments they build.

According to Gandhi, modern civilization is toxic, like the Upas tree, because its roots are toxic: modern civilization’s relationship to the world is unbalanced and it fundamentally misunderstands human nature. Specifically, modern people value bodily and material things, while ignoring their mental and spiritual well-being. If the Upas tree’s roots are toxic, Gandhi suggests, its branches are like the “parasitical professions” of law and medicine, which are really just symptoms of the underlying problem.

Gandhi insists that, if activists want to reform the government or “parasitical professions,” they have to start at the root of the problem: modern civilization’s unbalanced values. Otherwise, they will simply create a new version of the same oppressive society they are fighting. So while many independence activists see the fight for Swaraj (home-rule) as a merely political battle, Gandhi argues that it actually requires a complete transformation of all aspects of Indian society. “True religion,” he concludes, is like an axe that can cut down the Upas tree. Then, Indians can plant the seeds of a new civilization—or advance a new set of values—and grow a new, ethical kind of society from the bottom up. But this requires individual and collective moral reform, including passive resistance, voluntary poverty and celibacy, and a commitment to economic self-sufficiency.

Get the entire Hind Swaraj LitChart as a printable PDF.
"My students can't get enough of your charts and their results have gone through the roof." -Graham S.
Download 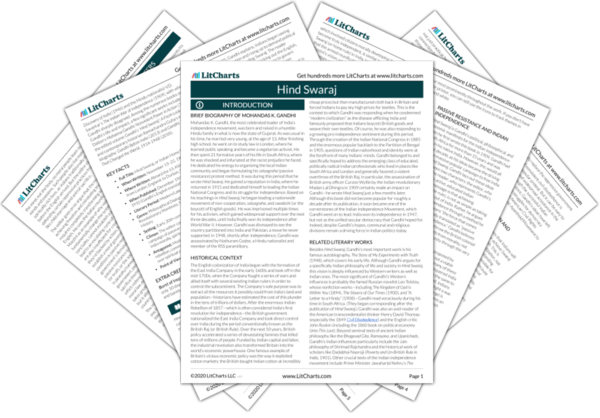 The timeline below shows where the symbol The Upas Tree appears in Hind Swaraj. The colored dots and icons indicate which themes are associated with that appearance. 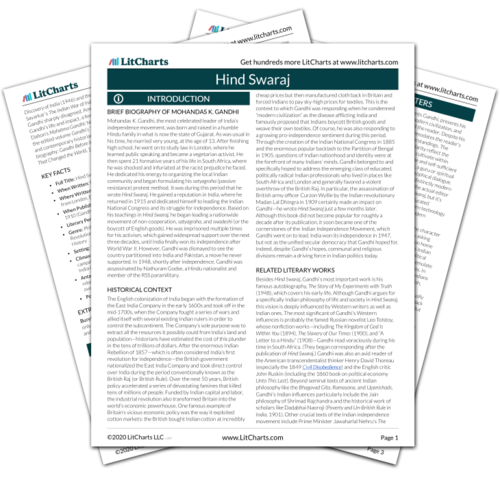 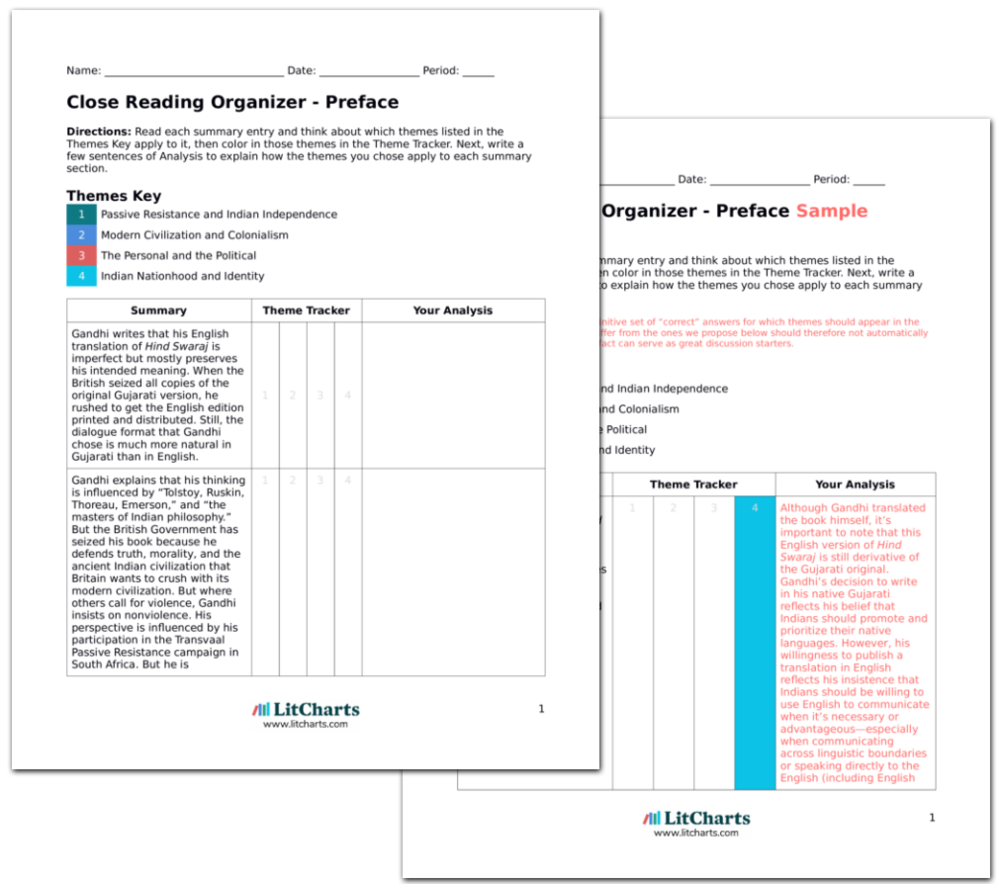