Get LitCharts A+
A quiet, studious, and attractive university student who is a member of the tight-knit, intellectual group of friends that Isobel hopes to be a part of. Nick is being stalked by a former girlfriend named Diana, and as a result, he is often withdrawn, jumpy, and morose. Nick is killed in a bike accident towards the novel’s end, under a hazy and possibly nefarious set of circumstances.

Nick Quotes in I for Isobel

The I for Isobel quotes below are all either spoken by Nick or refer to Nick. For each quote, you can also see the other characters and themes related to it (each theme is indicated by its own dot and icon, like this one:

“It was an accident, on his bike. I don't know much about it; he was badly hurt and he died this morning in hospital. Helen asked me to come and tell you.”

Absent-mindedly Diana pulled open the drawer of the bedside table, got out a hairbrush and began to brush her hair.

Shock. People do very funny things when they're shocked. But the feeling that was coming over Diana did not seem like shock. It was profound; she was thinking hard and breathing deeply. She dropped the hairbrush and steadied herself with one hand on the pillow.

This must be what they called being in travail. It was a private process; Isobel should go away and let her get on with it, but she did not know how to do that.

The feeling was appearing now: relief. Isobel was the prison governor who had brought her news of her reprieve. She said, “Can I get you something? Make you a cup of tea?'

What falsehood. I am thinking of what she ought to

Diana too thought Isobel had made a social error. “No, thank you. I'm quite all right.” She looked with surprise at the hairbrush and put it back in the drawer.

All right is no word for it. She's glad he's dead. She feels the way I felt when my mother died. He wasn't a human being to her, he was a thorn in her side, a stone in her shoe. 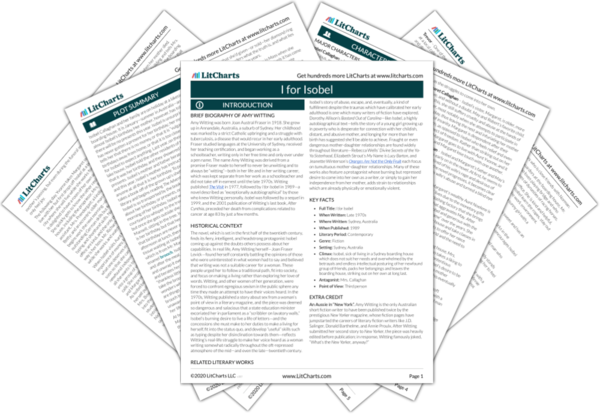 Nick Character Timeline in I for Isobel

The timeline below shows where the character Nick appears in I for Isobel. The colored dots and icons indicate which themes are associated with that appearance.

...the young men asks what part of speech his friends think he is—his name is Nick, and Kenneth tells him that he is an adverb. He tells Nick jokingly that someone... (full context)

...the café early, hoping that the group will come by again. Sure enough, Trevor and Nick show up, and invite Isobel to their table. Janet and Kenneth come in next, arguing... (full context)

...a tall dark girl staring at their group from the window. When Janet mentions her, Nick stiffens and grows still. Janet scoffs that the girl at the window has “no self-respect... (full context)

Nick and Trevor head home to their apartment, which the group colloquially calls Fifty-one, for its... (full context)

In the yard, a motorbike starts up, and the group remarks that Nick is “escaping.” Apparently, Diana has not been seen for a fortnight until today—the last time... (full context)

...buoyant, and as Isobel sits down with her friends, Janet tells her that Trevor and Nick have gone away for the weekend. Isobel and Janet look over the boys’ pages, and... (full context)

...She asks Isobel to go downstairs and tell Diana that Helen is out, and that Nick is away. Isobel goes downstairs and opens the front door, finding herself face-to-face with Diana.... (full context)

Diana becomes irate, believing that Nick is here in the house. Isobel insists that Nick is away for the weekend. Diana... (full context)

...somewhere together—Diana looks skeptically at the coffee cups on the table. Isobel assures her that Nick is not here, but tells her that Helen did get up and run from her—Isobel... (full context)

...if she had died, the group would be talking about her. Trevor is there, but Nick is not—Nick, though, Isobel notes, is “never really there.” After the café, Isobel and Trevor... (full context)

...phone call for Isobel. She picks it up—it is Helen calling to tell her that Nick has died. Helen explains that Nick was in an accident on his bike the day... (full context)

...to bear the news. Nevertheless, she breaks it plain and simple, telling Diana straightforwardly that Nick has died. As Isobel goes briefly into the details, Diana picks up a hairbrush and... (full context)
Previous
Madge
Previous
Madge
Next
Trevor
Next
Trevor
Get LitCharts 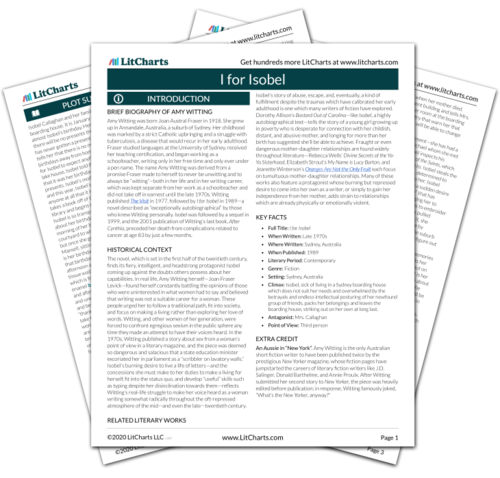 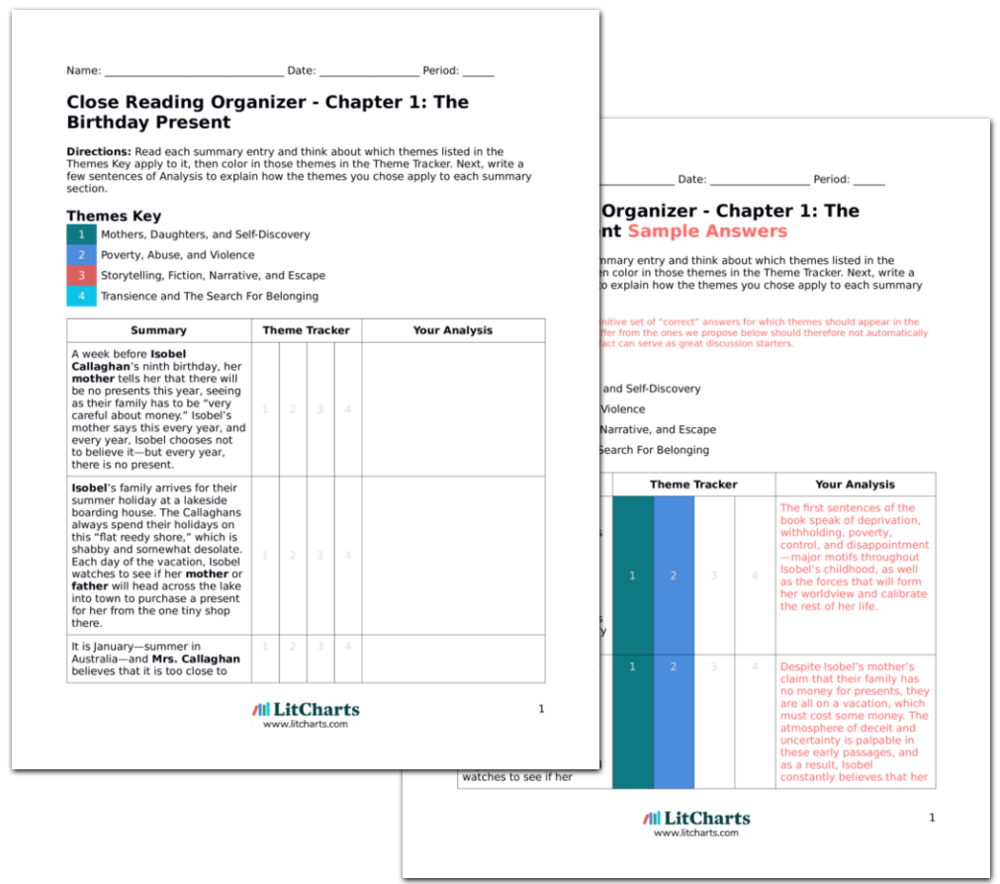