Download this LitChart! (PDF)
Teachers and parents! Struggling with distance learning? Our Teacher Edition on Joseph Andrews can help.

Welcome to the LitCharts study guide on Henry Fielding's Joseph Andrews. Created by the original team behind SparkNotes, LitCharts are the world's best literature guides.

A concise biography of Henry Fielding plus historical and literary context for Joseph Andrews.

A quick-reference summary: Joseph Andrews on a single page.

In-depth summary and analysis of every part of Joseph Andrews. Visual theme-tracking, too.

Explanations of Joseph Andrews's symbols, and tracking of where they appear.

An interactive data visualization of Joseph Andrews's plot and themes.

Fielding was born in 1707 in Somerset, England and went to school at Eton College. After his mother’s death when he was 11, Fielding was raised by his grandmother. However, he kept in contact with his father, who had a reputation for living a wild lifestyle. At age 18, he tried to abduct his rich cousin, Sarah Andrews, on the way to church in order to marry her against her parents’ wishes, but her family foiled the attempt. After studying classics and law, he got his start as a writer working in theater in London. Many of his works contain elements of satire, and at times he wrote under a pseudonym to hide his identity. His first major success was Shamela, an anonymously published parody of Samuel Richardson’s novel Pamela, and Fielding followed it a year later with the even more successful Joseph Andrews. Fielding continued to publish other novels over the course of his life, most notably Tom Jones in 1749, which remains his most famous work. He was in poor health near the end of his life and sought a cure in Lisbon, Portugal, but he died and was buried there two months later.
Get the entire Joseph Andrews LitChart as a printable PDF.
"My students can't get enough of your charts and their results have gone through the roof." -Graham S.
Download 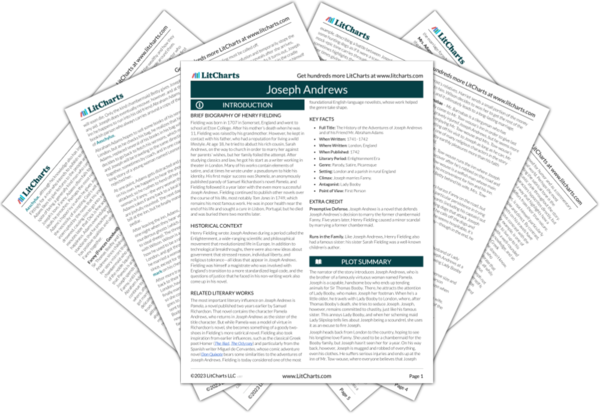 Henry Fielding wrote Joseph Andrews during a period called the Enlightenment, a wide-ranging scientific and philosophical movement that revolutionized life in Europe. In addition to technological breakthroughs, there were also new ideas about government that stressed reason, individual liberty, and religious tolerance—all ideas that appear in Joseph Andrews. Fielding was himself a magistrate who was involved with England’s transition to a more standardized legal code, and the questions of justice that he faced in his non-writing work also come up in his novel.

Other Books Related to Joseph Andrews

The most important literary influence on Joseph Andrews is Pamela, a novel published two years earlier by Samuel Richardson. That novel contains the character Pamela Andrews, who returns in Joseph Andrews as the sister of the title character. But while Pamela was a model of virtue in Richardson’s novel, she becomes something of a goody two-shoes in Fielding’s more satirical novel. Fielding also took inspiration from earlier influences, such as the classical Greek poet Homer (The Iliad, The Odyssey) and particularly from the Spanish writer Miguel de Cervantes, whose comic adventure novel Don Quixote bears some similarities to the adventures of Joseph Andrews. Fielding is today considered one of the most foundational English-language novelists, whose work helped the genre take shape.
Key Facts about Joseph Andrews

Runs in the Family. Like Joseph Andrews, Henry Fielding also had a famous sister: his sister Sarah Fielding was a well-known children’s author. 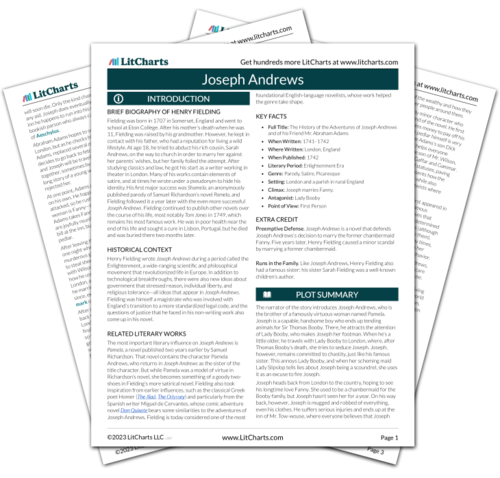 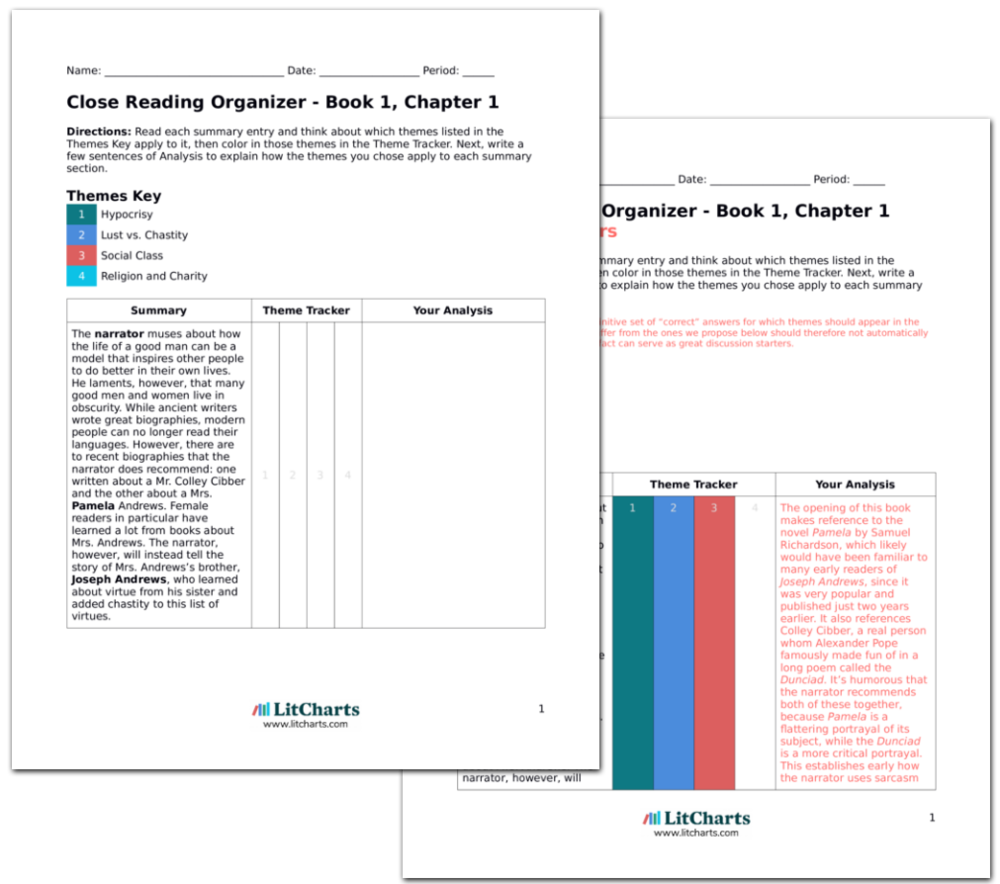