Orwell uses drinking and shame to represent the mutually productive relationship between language and laziness. Orwell argues that laziness encourages a wordy style writing which, in turn, makes people stupid. In doing so, Orwell is countering the notion that language is simply a mirror to the world. Rather than reflect societal ills, the wrong style is itself a “mental vice.” To illustrate, Orwell suggests that bad writing, born out of laziness, is similar to the spiral of drinking and shame, wherein shame leads to excessive drinking, and drinking leads to more shame. As he describes it, a man “may take to drink because he feels himself to be a failure, and then fail all the more completely because he drinks.” He argues that the same is true for laziness and writing: “[language] becomes ugly and inaccurate because our thoughts are foolish, but the slovenliness of our language makes it easier for us to have foolish thoughts.” Thus, according to Orwell, intervening in language practices is not only possible, but a way to improve society. Specifically, Orwell suggests interrupting the spiral of laziness and vagueness with a writing style that prioritizes truth and concision.

Drinking and Shame Quotes in Politics and the English Language

The Politics and the English Language quotes below all refer to the symbol of Drinking and Shame. For each quote, you can also see the other characters and themes related to it (each theme is indicated by its own dot and icon, like this one:

Get the entire Politics and the English Language LitChart as a printable PDF.
"My students can't get enough of your charts and their results have gone through the roof." -Graham S.
Download 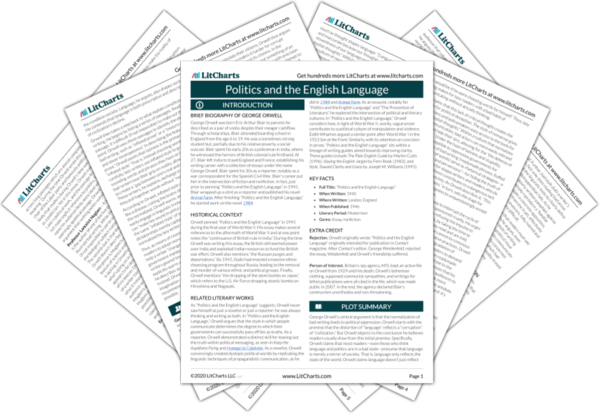 Drinking and Shame Symbol Timeline in Politics and the English Language

The timeline below shows where the symbol Drinking and Shame appears in Politics and the English Language. The colored dots and icons indicate which themes are associated with that appearance. 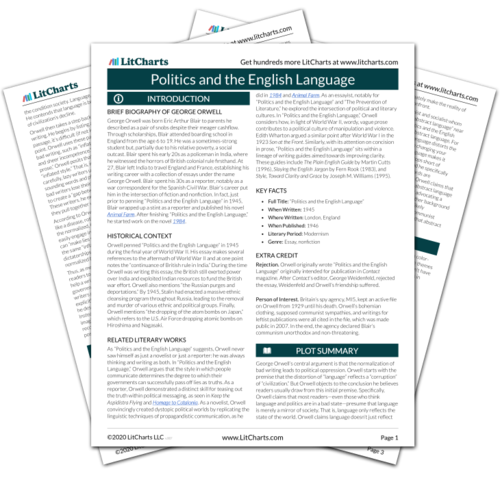 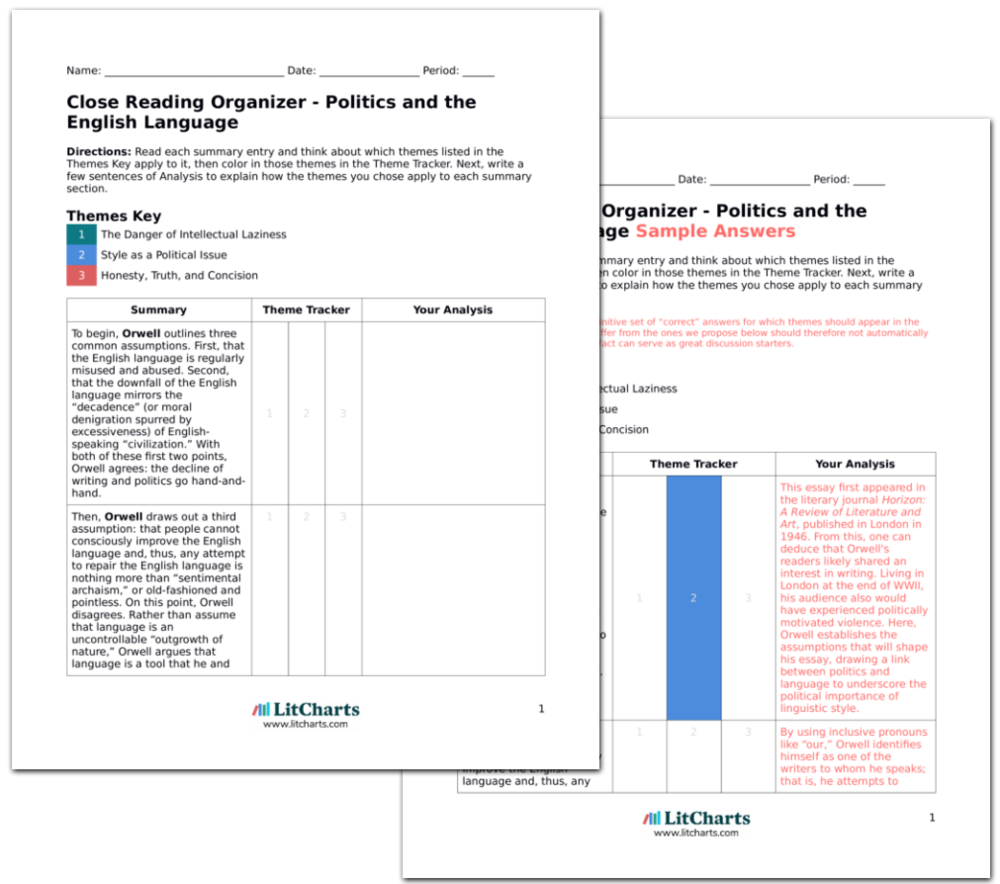