A group of six alien envoys sends a priority broadcast back to their base: all programs and plans must be cleared pending the information in their report. In the report, the envoys explain that they’ve traveled to Earth to warn the residents of a city (implied to be San Francisco) that their city will be destroyed by an earthquake within the next five years. The envoys found out about the impending earthquake by observing Earth with “Astroviewers” and unmanned spacecraft. They prepared for this trip by pushing their technology to its limits and postponing other important priorities.

The envoys land in a sparsely populated area outside of San Francisco. Their species is made of light, so the envoys are usually invisible to the human naked eye. They spend their first four days on Earth attempting Phase I: telepathically communicating their warning directly into some local farmers’ minds. They also try to communicate with a group of four youths from the city, but both of these attempts fail. The envoys notice that the elders are obsessed with war, and that young people can perceive and understand things more clearly. But the youths are also more apathetic and hopeless than the elders. The envoys report that humans can hold two contradictory ideas at once, and that this mental block is why the envoys can’t communicate with either age group effectively.

So, the enjoys proceed to Phase II, in which they enter several other youths’ minds and attempt to directly warn the population. The youths, who are high on drugs, begin to sing songs about the impending disaster, which gets them thrown in jail. There, the envoys learn for the first time that a deadly earthquake struck the city decades ago. They realize that their warnings are going unheeded because everyone knows about the danger, even though no one is taking steps to avoid or soften it. The envoys report that humans aren’t very open to new ideas, and that they’ll only accept information from sources they already trust.

Next, the envoys incarnate as two human men and attempt to engage the geological technicians at the Institute for Prognosis and Prevention of Earth Disturbance. Here, they learn that economic considerations trump human safety in the planning and management of the city. (At this point, various local news broadcasts about tragedies, acts of selflessness, and city-planning and tourism efforts start intermittently interrupting the envoys’ report.) The envoys note that humans tend to use conversation to avoid taking meaningful action, and that individuals only care about the people they’re closest to, not humanity as a whole.

After the envoys realize that the technicians aren’t receptive to what they have to say, they decide to appeal directly to a large group of young people during a nighttime beach party. But this ends with some of the youth expressing their indifference and others acting on their despair by committing mass suicide.

Finally, the envoys, in their male human personas, appear on television to debate local professors about the importance of actions rather than words. At first, the audience laughs at the envoys rather than taking them seriously. But when the envoys shift their arguments to the specific need for action to avoid the impending earthquake, the viewers in the studio and at home react with violent anger. Realizing that their mission has failed, the extraterrestrials dematerialize, reconvene at their ship, and return to their planet. They conclude that anyone who conforms to human society’s norms is doomed, because it’s normal to deny reality and avoid preparing for disaster. Only society’s outcasts have a chance at survival.

After the envoys have left, sightings of alien spacecraft continue. This confounds Military Command, which identifies the ships as Chinese, and the Air Force, which speculates that the ships are either Russian or extraterrestrial. Concerned about hundreds of people apparently disappearing on these UFOs, the Air Force suggests that the government seal off the landing site from the public. 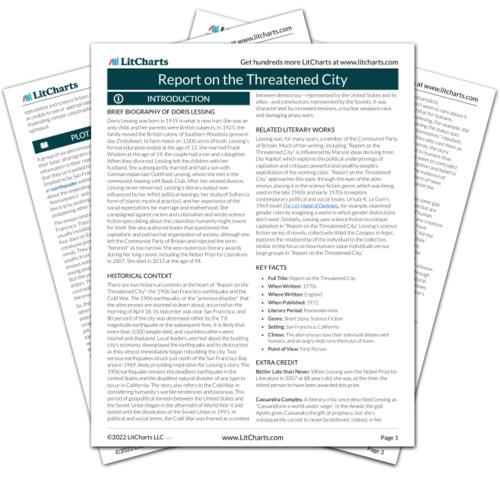 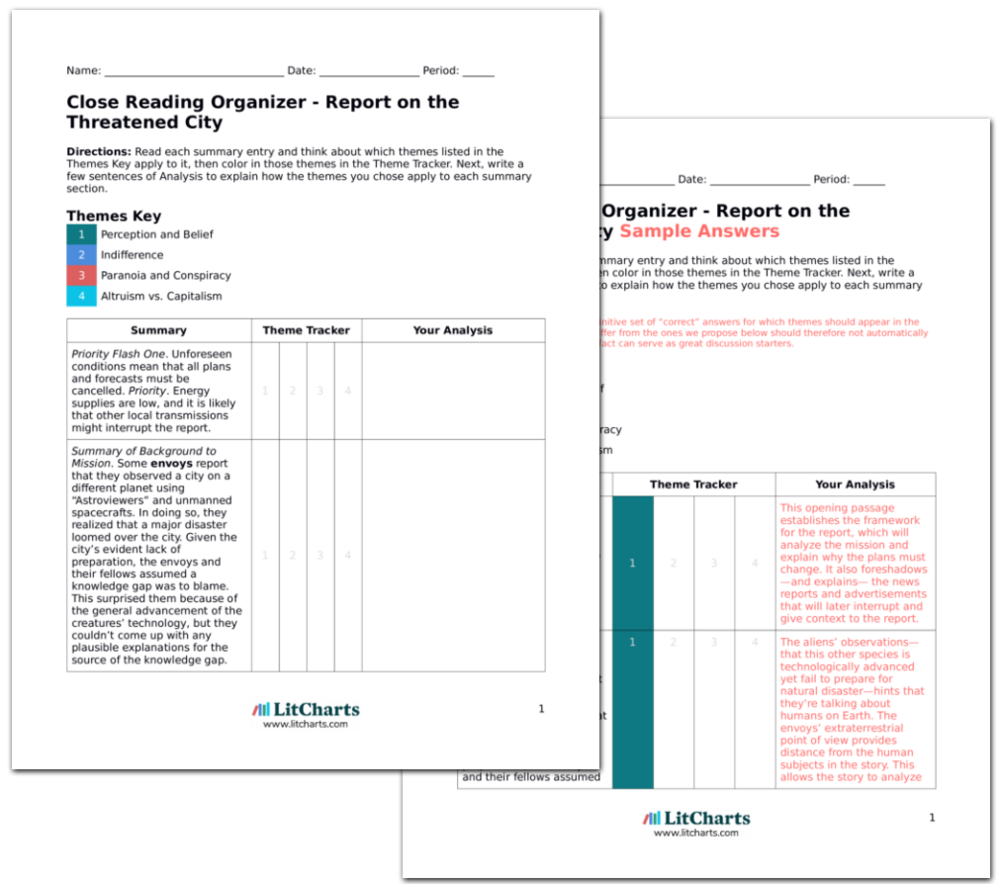