Leela Benare arrives at a meeting hall in a small Indian village where she and a handful of colleagues will perform a Living Courtroom for the villagers. Benare arrives early with a villager, Samant, who helps her unlock the building, and chats with her as they wait for the rest of the troop to arrive. Benare, unbeknownst to her colleagues and to the audience, is unmarried and newly pregnant. She has also been fired from her job as a school teacher, as her bosses worried her pregnancy was a sign of immorality, which she would pass on to the children.

Sukhatme, Rokde, Ponkshe, Karnik, Mr. Kashikar, and Mrs. Kashikar arrive at the meeting hall. Two members of the troop, Professor Damle and Mr. Rawte, were unable to make it to the performance. Although longtime collaborators, each member of the group is constantly making jabs at the others, trying to assert his or her authority.

With several hours until they are meant to perform, the troop members decide to improvise a trial as they wait. They decide to keep most of the roles the same—Sukhatme plays the lawyer, Kashikar the judge—but designate a new defendant. Benare is out of the room during the discussion, and so, without her input, is nominated as the accused. Ponkshe and Karnik likely know that something is wrong in Benare’s personal life, perhaps related to pregnancy, and so maliciously suggest she be charged with infanticide.

Benare begins the trial combative and mischievous, which causes her collaborators to chide her to be serious. However, as the trial carries on and begins to converge with her personal life, causing her to become upset, Benare’s collaborators remind her it is just a game. Many members of the troop have been quietly judgmental of Benare’s lifestyle as an unmarried, outspoken woman, and use this trial as an opportunity to criticize her and progressive Indian politics generally.

The trial heats up when Rokde reveals that (in real life) he went to Damle’s house one afternoon and saw Benare inside. Samant then fabricates a scenario taken from a novel, in which Benare has become pregnant after having an affair with Damle. However, Benare’s distressed response reveals that he’s hit upon the truth—Benare is, in fact, pregnant with Damle’s child and has been desperately trying to find a way to ensure a happy future for her baby.

As troop realizes that their fictional trial has a grain of truth within it, the players become more serious. Benare, upset, tries to leave but the room has been locked from the outside, and she has no choice other than endure the rest of the trial. Over the next hour Rokde, Ponkshe, and Karnik reveal details of her personal life for the sake of the “game.” Ponkshe and Rokde reveal that Benare approached him asking him to marry her and raise her child, but both men turned her down.

The trial concludes as Sukhatme makes a case against Benare, arguing that she has corrupted society and the very institution of motherhood. Kashikar gives Benare ten seconds to give a rebuttal, and time freezes as Benare gives the speech she wishes she had the time or courage to give—about her search for love, her love of teaching, and her commitment to raising her baby. Time unfreezes as Kashikar deliver’s Benare’s punishment—a court ordered abortion. Devastated, she collapses to the floor.

The court snaps back to reality as villagers unlock the door from the outside and trickle in. The men who have been deeply embodying their roles as judge and lawyer suddenly remember who they really are. The whole group goes to Benare, still lifeless on the floor and try to remind her it was just a game, but they cannot rally her. They leave to prepare for their evening performance, and Benare remains alone onstage. 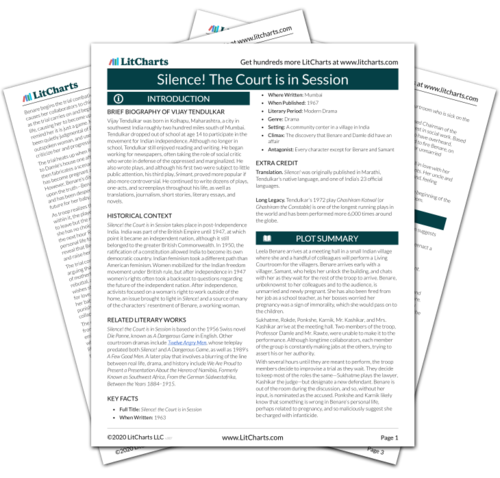 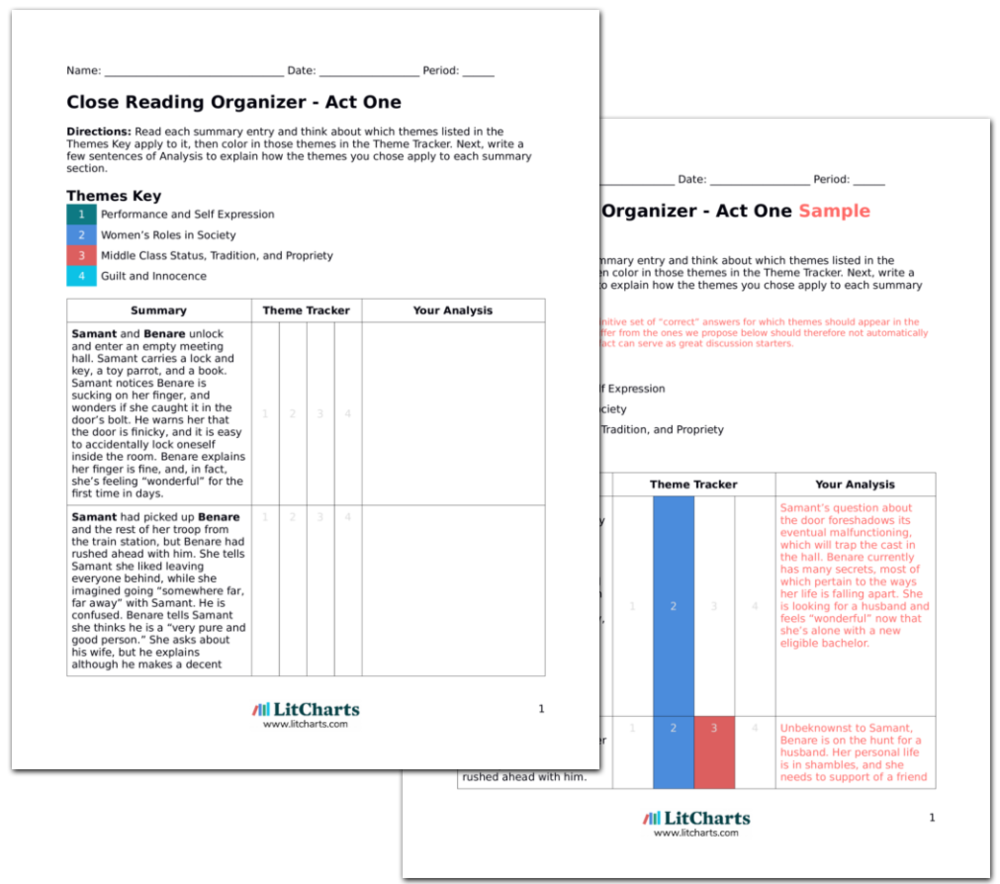