In Silent Spring, a book that is often viewed as a landmark work of environmental writing, Rachel Carson turns her attentions to the potentially harmful effects of pesticides on the environment – particularly those pesticides, including DDT, that were being administered via aerial spraying in an attempt to control insect populations on a massive scale. In many ways, Silent Spring served as a public warning, gathering expert opinion on the dangers of this increasingly destructive practice.

In addition to the actual accounts of contamination that she describes, Carson’s book also contains an overarching argument about the proper relationship between man and nature that contributed to the growth of the “deep ecology” movement regarding the interconnectedness of all living things and systems. After a parable that begins the book by envisioning a future in which silence reigns over the world after pesticides have wrought their ultimate destruction on the environment, Carson lays out her basic thesis. In an interconnected world, she argues, man’s newfound power to change his environment needs to be wielded with extreme caution if we are to avoid destroying the very systems that support us.

To begin her project of public education, Carson outlines the major families of pesticides in use, referring to them as “biocides” since their effects are actually not specific to insects.

Having laid out her basic conceptual framework and identified the chemicals in question, Carson breaks down the effects of these pesticides into their component parts, examining different sections of the natural world from the water to the soil, and from plants to birdlife. She marshals an impressive range of anecdotal and statistical evidence, quoting from expert testimony along the way, to show that pesticides are much deadlier than their manufacturers will admit, and that within nature they will accumulate and interact to create effects that are difficult to foresee – particularly given that the United States provided almost no budget for research into the topic.

Next, she examines a few particularly disastrous spraying programs and then pivots to focus directly on a discussion of pesticides’ effects on humans. She sharply criticizes the “cheerful” marketing of poisonous pesticides, reveals the near constant presence of such chemicals in the food people consume, and outlines the lack of regulation of these chemicals, and then details the data that suggests these chemicals are cancer-causing. To conclude, she argues that not only are pesticides dangerous to the environment and humans, but that they also have not in fact succeeded in their mission; pests often rebound massively after spraying, once nature’s built in system of checks and balances has been disrupted. In addition, many insects are developing resistance to new pesticides in a dangerously accelerating pattern resembling an arms race.

The only way forward, Carson suggests, is to emulate the strategies of natural systems, pursuing biological, rather than chemical, controls wherever possible – such as identifying and deploying predators of pests rather than just trying to kill the pests with chemicals.

Given all of the information she presents, Carson argues that the only prudent way forward is to forego flashy, arrogant pursuit of the ‘easy’ solution and humbly return to the ‘road less traveled by,’ letting go of the conceit that nature only exists to serves the interests of humanity. 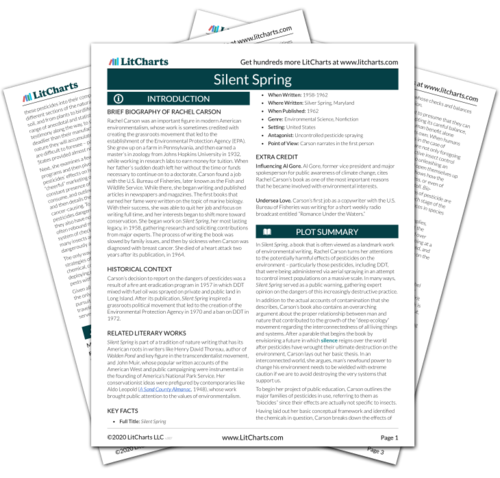 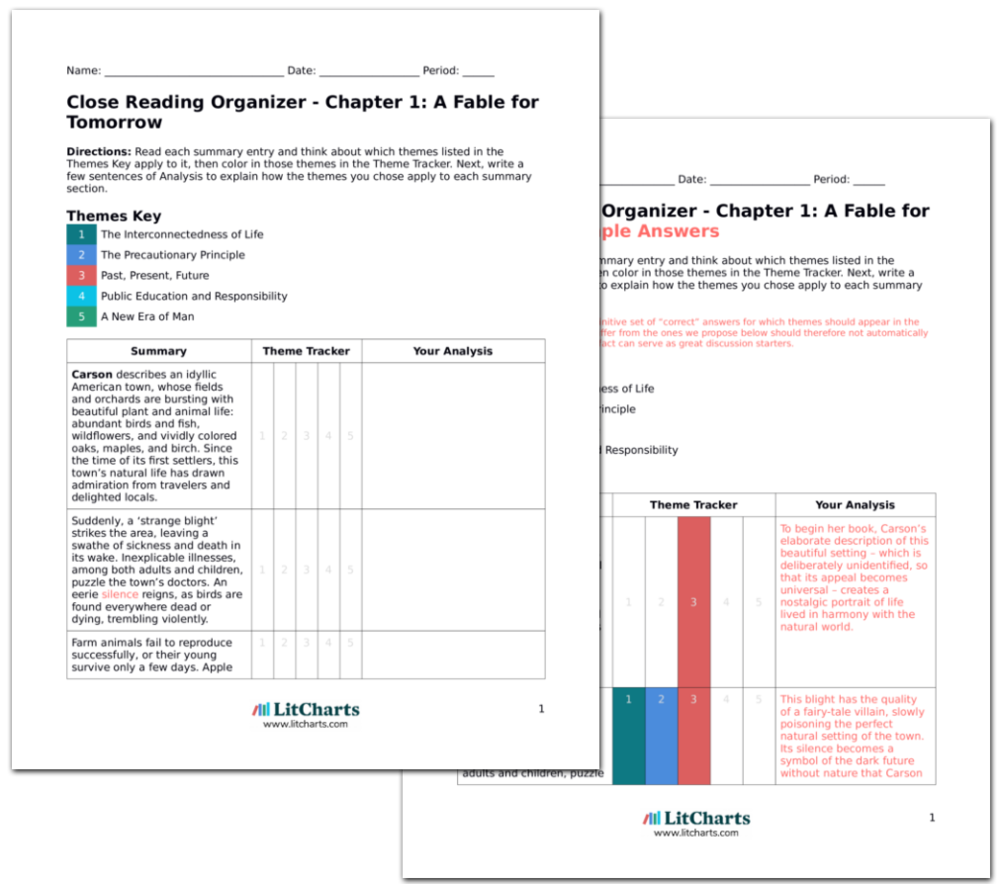