Welcome to the LitCharts study guide on Cate Kennedy's Sleepers. Created by the original team behind SparkNotes, LitCharts are the world's best literature guides.

A concise biography of Cate Kennedy plus historical and literary context for Sleepers.

A quick-reference summary: Sleepers on a single page.

In-depth summary and analysis of every of Sleepers. Visual theme-tracking, too.

Explanations of Sleepers's symbols, and tracking of where they appear.

An interactive data visualization of Sleepers's plot and themes.

Kennedy was born in Lincolnshire, England but later settled in Australia, where she attended the University of Canberra and earned a BA in literature. In 2010, her novel The World Beneath won the People’s Choice Award at the NSW Premier’s Literary Awards and was shortlisted for several other prizes. In 2006, she published her first collection of short stories, Dark Roots, which was shortlisted for the Steele Rudd Award and the Australian Literature Society Gold Medal. Kennedy’s bibliography also includes a travel memoir, Sing, and Don’t Cry, as well as several poetry collections. She currently lives in the High Plains region of Victoria, Australia.
Get the entire Sleepers LitChart as a printable PDF.
"My students can't get enough of your charts and their results have gone through the roof." -Graham S.
Download 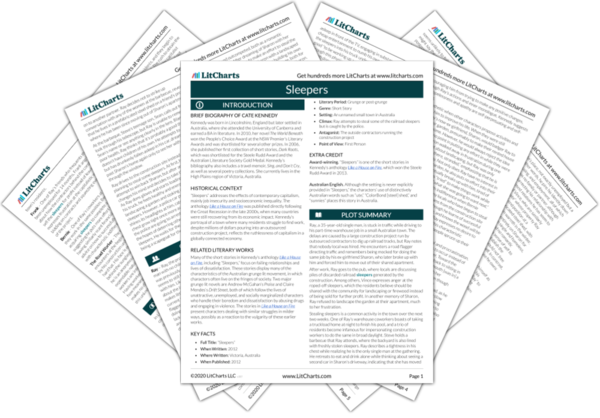 “Sleepers” addresses the effects of contemporary capitalism, mainly job insecurity and socioeconomic inequality. The anthology Like a House on Fire was published directly following the Great Recession in the late 2000s, when many countries were still recovering from its economic impact. Kennedy’s portrayal of a town where many residents struggle to find work, despite millions of dollars pouring into an outsourced construction project, reflects the ruthlessness of capitalism in a globally connected economy.

Other Books Related to Sleepers

Many of the short stories in Kennedy’s anthology Like a House on Fire, including “Sleepers,” focus on failing relationships and lives of dissatisfaction. These stories display many of the characteristics of the Australian grunge lit movement, in which characters often live on the fringes of society. Two major grunge lit novels are Andrew McGahan’s Praise and Claire Mendes’s Drift Street, both of which follow the lives of unattractive, unemployed, and socially marginalized characters who handle their boredom and dissatisfaction by abusing drugs and engaging in violence. The stories in Like a House on Fire present characters dealing with similar struggles in milder ways, possibly as a reaction to the vulgarity of these earlier works.
Key Facts about Sleepers

Award-winning. “Sleepers” is one of the short stories in Kennedy’s anthology Like a House on Fire, which won the Steele Rudd Award in 2013.

Australian English. Although the setting is never explicitly provided in “Sleepers,” the characters’ use of distinctively Australian words such as “ute,” “ColorBond [steel] shed,” and “sunnies” places this story in Australia. 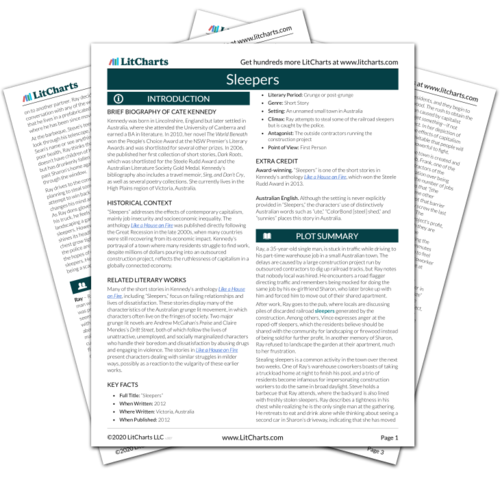 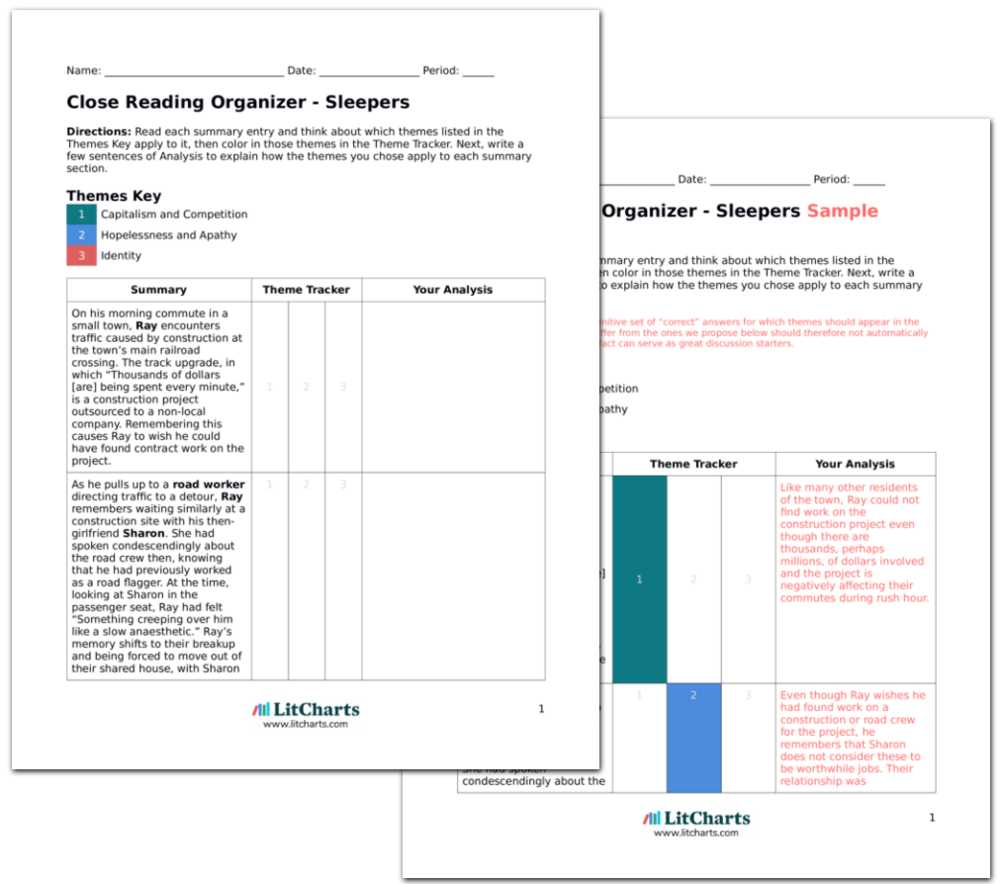