Download this LitChart! (PDF)
Teachers and parents! Struggling with distance learning? Our Teacher Edition on Stargirl can help.

Welcome to the LitCharts study guide on Jerry Spinelli's Stargirl. Created by the original team behind SparkNotes, LitCharts are the world's best literature guides.

A concise biography of Jerry Spinelli plus historical and literary context for Stargirl.

A quick-reference summary: Stargirl on a single page.

In-depth summary and analysis of every chapter of Stargirl. Visual theme-tracking, too.

Explanations of Stargirl's symbols, and tracking of where they appear.

An interactive data visualization of Stargirl's plot and themes.

As a child, Jerry Spinelli wanted to be either a cowboy or a professional baseball player. In high school, however, he stumbled upon writing as a future career path when his poem about a championship football game was published in a local paper. He majored in English at Gettysburg College and also took writing seminars at Johns Hopkins University. After writing four unpublished novels for adults, he once again found his path by accident when one of his stories caught the attention of a children’s publisher. As a result, Space Station Seventh Grade came out in 1982, and from then on, Spinelli wrote exclusively for kids. In 1990, Maniac Magee won the Newbery Medal. Spinelli now lives in Phoenixville, Pennsylvania, in the Philadelphia metro area. He and  his wife, Eileen, had six children together, and they now have over 20 grandchildren.
Get the entire Stargirl LitChart as a printable PDF.
"My students can't get enough of your charts and their results have gone through the roof." -Graham S.
Download 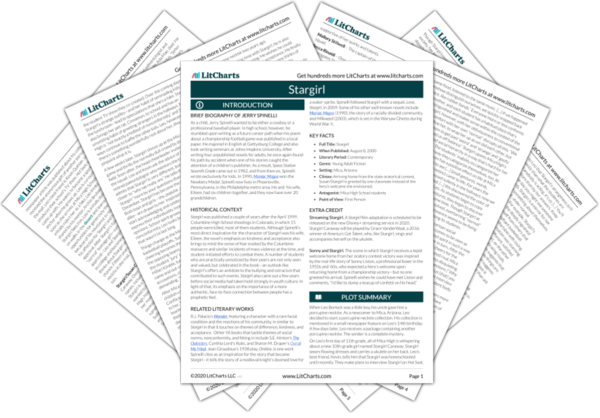 Stargirl was published a couple of years after the April 1999, Columbine High School shootings in Colorado, in which 15 people were killed, most of them students. Although Spinelli’s most direct inspiration for the character of Stargirl was his wife, Eileen, the novel’s emphasis on kindness and acceptance also brings to mind the sense of fear evoked by the Columbine massacre and similar incidents of mass violence at the time, and student-initiated efforts to combat them. A number of students who are practically unnoticed by their peers are not only seen and valued, but celebrated in the book—an outlook like Stargirl’s offers an antidote to the bullying and ostracism that contributed to such events. Stargirl also came out a few years before social media had taken hold strongly in youth culture. In light of that, its emphasis on the importance of a more authentic, face-to-face connection between people has a prophetic feel.

Other Books Related to Stargirl

R.J. Palacio’s Wonder, featuring a character with a rare facial condition and the reactions of his community, in similar to Stargirl in that it touches on themes of difference, kindness, and acceptance.  Other YA books that tackle themes of social norms, nonconformity, and fitting in include S.E. Hinton's The Outsiders, Cynthia Lord's Rules, and Sharon M. Draper’s Out of My Mind. Jean Giraudoux’s 1938 play, Ondine, is one work Spinelli cites as an inspiration for the story that became Stargirl—it tells the story of a medieval knight’s doomed love for a water-sprite. Spinelli followed Stargirl with a sequel, Love, Stargirl, in 2009. Some of his other well-known novels include Maniac Magee (1990), the story of a racially-divided community, and Milkweed (2003), which is set in the Warsaw Ghetto during World War II.
Key Facts about Stargirl

Streaming Stargirl. A Stargirl film adaptation is scheduled to be released on the new Disney+ streaming service in 2020. Stargirl Caraway will be played by Grace VanderWaal, a 2016 winner of America’s Got Talent, who, like Stargirl, sings and accompanies herself on the ukulele.

Sonny and Stargirl. The scene in which Stargirl receives a tepid welcome home from her oratory contest victory was inspired by the real-life story of Sonny Liston, a professional boxer in the 1950s and ‘60s, who expected a hero’s welcome upon returning home from a championship victory—but no one greeted his arrival. Spinelli wishes he could have met Liston and comments, “I’d like to dump a teacup of confetti on his head.” 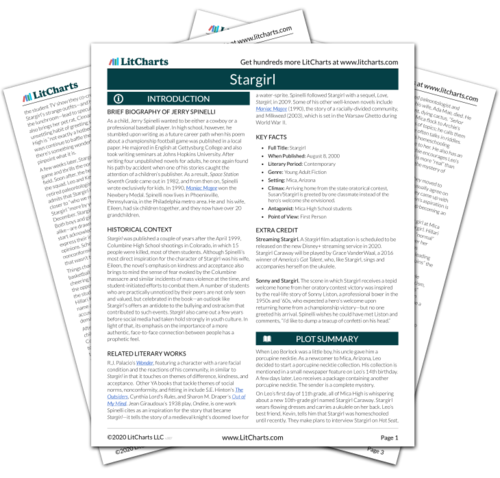 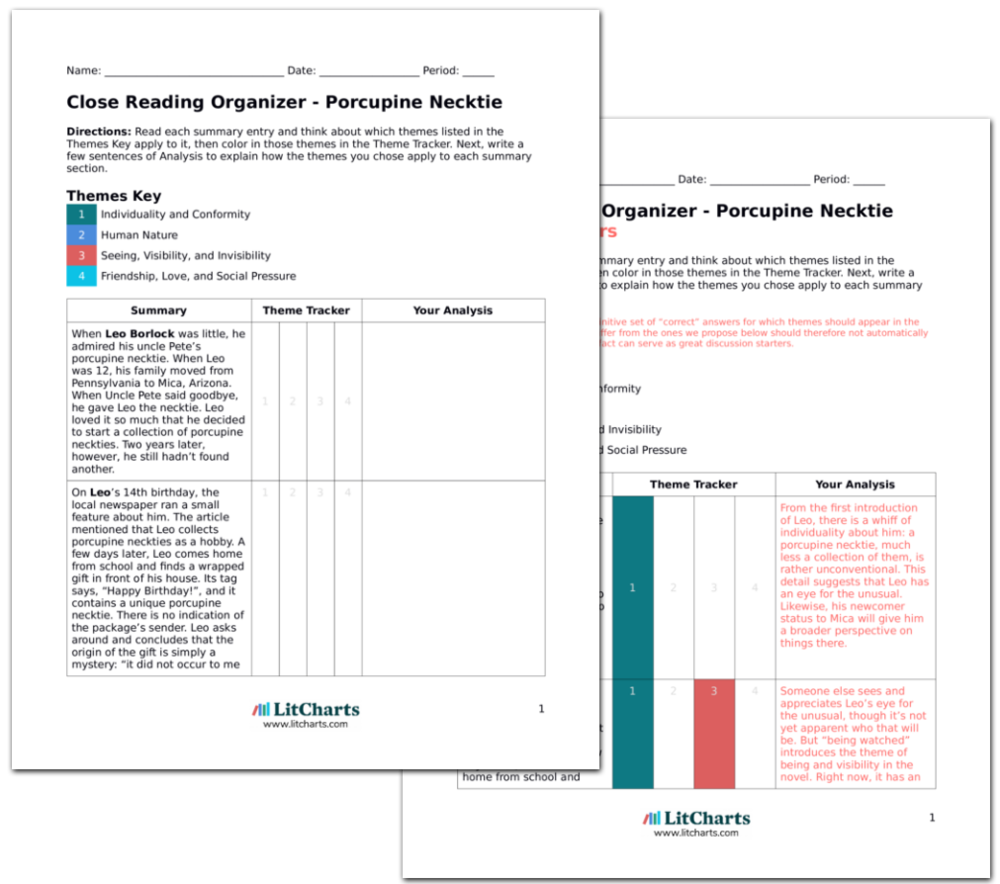