An elderly woman is preparing to visit her late husband’s grave, as tomorrow is the 17th anniversary of his death. She sets out the flowers she will bring and prepares her daily meal, which she eats in silence in her kitchen. Then, she heats the water so she can take a bath. She struggles to turn the taps to run the bathwater because her hands are old and stiff, and she feels full of dread. Lately, it has become difficult for her to take a bath, since she cannot move her body very well. Before she gets into the bath, she places a chair beside the tub in case she needs to reach for it when the time comes to get out.

In the bath, the woman can hardly enjoy herself because she’s so afraid of how she will get herself out. She plans to be so quick in getting out of the tub that she will take her body by surprise. But as she prepares to get out, she’s overcome with helplessness and a sense of being trapped underground. Her hands continuously slip from the sides of the tub, and even the chair proves no aid to her. She starts to cry and scream for help, thrashing in the tub, but no one around can hear her. Becoming extremely lonely, she thinks of her dead husband John, and how he would save her if he were still alive.

Finally, the woman succeeds in getting out of the tub. She gets into bed and lies awake, wanting to die and thinking miserably about her body, which has become “an inner menace.” There was so much she used to be able to do, and so little she is capable of doing now, as she can no longer perform simple tasks without experiencing pain. Horrified and humiliated, she realizes that she’ll need to accept help soon for the care of her body. Eventually, the widow falls asleep, thinking of the cold white frost outside and of the cemetery.

The next morning at the cemetery, the weather is surprisingly warm. The sun shines on the grass and the sea is calm, hardly breaking into waves. The woman sets to work tending her husband’s grave. She weeds it, cleans out the jars, and arranges the flowers in them. Then she stands back to admire her work, pleased with herself for always caring so well for her husband’s grave.

As she turns reluctantly to go, she stops before her parents’ grave. In comparison to her husband’s rather small grave, theirs is large and covered with an elaborate tombstone. They were wealthier than her husband during their life, which allowed them extra space in the cemetery. The woman is grateful for the luxury her parents could afford for themselves in death. She rests against their grave and feels a sense of peace come over her, although she is nagged slightly by a feeling that the world is becoming smaller.

The woman wants to stay in the cemetery indefinitely where she won’t have to take any buses, carry any heavy coal buckets, and struggle the way she does at home. Soon, however, she finds herself at the bus stop. She is overwhelmed by the hustle and bustle around her and tries desperately to recall the peace and satisfaction she felt while in the cemetery, looking at her husband’s grave bright with flowers and her parents’ spacious grave. But she can’t recreate the feeling. The image of her husband grave is shrinking and shrinking, until it disappears altogether and is replaced by the image of the terrifying bathtub waiting to trap her in a moment of vulnerability. 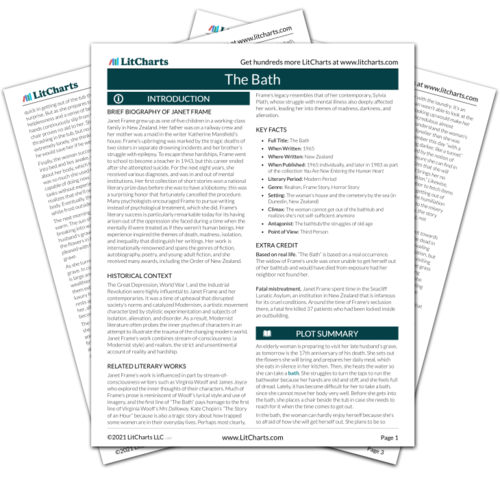 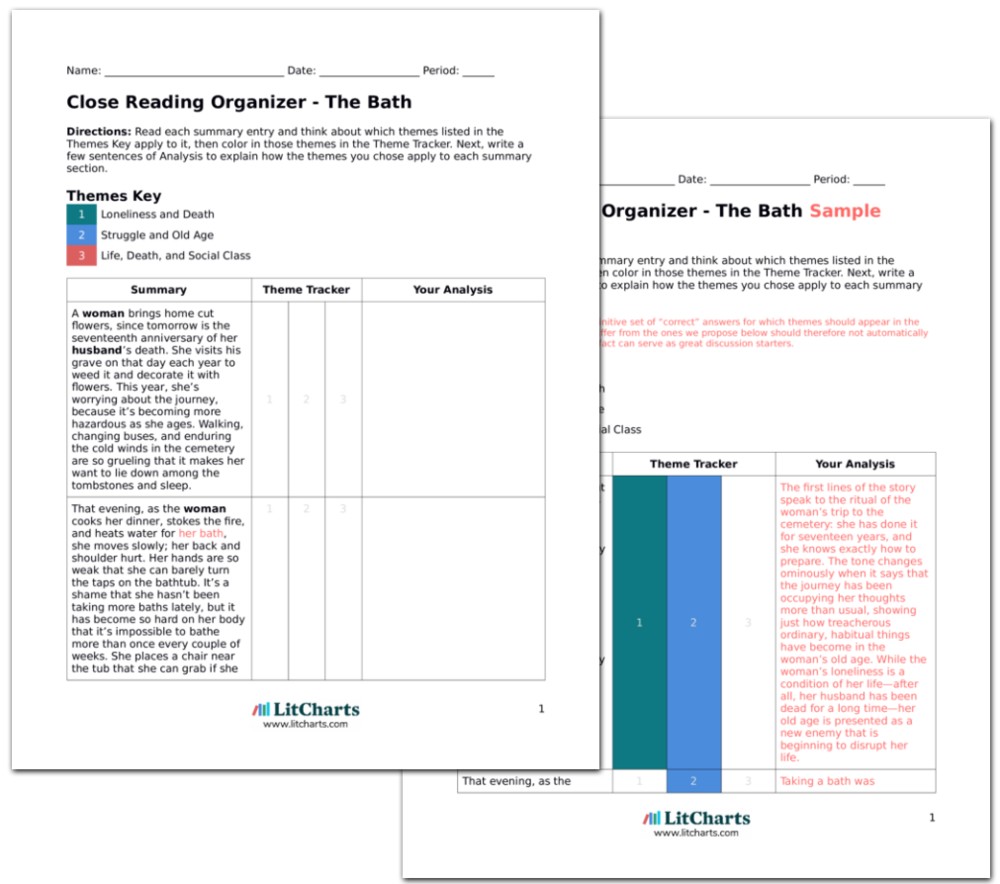