Get LitCharts A+
The busybody of Redwood, Quisqueya is a flamboyant and beloved figure in the community who lives for drama. She immigrated to the United States from Venezuela at the age of twelve when her mother fell in love with an American man from California. Quisqueya and her mother moved in with him and his son, but Quisqueya’s stepbrother abused her and she left home for a shelter after her mother refused to believe her. Quisqueya is divorced and receives a monthly settlement which allows her to remain financially secure, and she volunteers at the local hospital twice weekly. Quisqueya does not want any of her neighbors to know the truth of her past, and maintains that though her life story is not a “wonderful” one, at least it is hers.

Quisqueya Solis Quotes in The Book of Unknown Americans

The The Book of Unknown Americans quotes below are all either spoken by Quisqueya Solis or refer to Quisqueya Solis. For each quote, you can also see the other characters and themes related to it (each theme is indicated by its own dot and icon, like this one:

). Note: all page numbers and citation info for the quotes below refer to the Vintage Books edition of The Book of Unknown Americans published in 2014.
Chapter 12: Quisqueya Solís Quotes

I missed my mother, but the truth was that I had missed her even when we were together, so it was nothing new.

My life has been what it has been. It’s not a wonderful story, but it’s mine.

Unlock with LitCharts A+
Get the entire The Book of Unknown Americans LitChart as a printable PDF.
"My students can't get enough of your charts and their results have gone through the roof." -Graham S.
Download 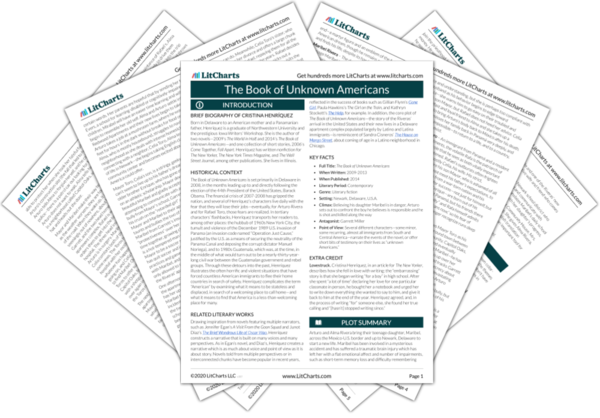 Quisqueya Solis Character Timeline in The Book of Unknown Americans

The timeline below shows where the character Quisqueya Solis appears in The Book of Unknown Americans. The colored dots and icons indicate which themes are associated with that appearance.

The Toros learn from their busybody neighbor, Quisqueya Solís, that the new family’s last name is Rivera, and that they are all in... (full context)

Alma has received many visits from her new neighbors—Quisqueya Solís brought cookies, and Nelia Zafón and Ynez Mercado also dropped by to welcome Alma... (full context)

...Sundays and attempts to joke with her in order to make her smile. One Sunday, Quisqueya shows up—she is hurt that Celia has not invited her over in a long time,... (full context)

Quisqueya describes her journey from Venezuela—where she was born and where she lived until she was... (full context)

Quisqueya met her husband while she was a waitress at a diner, and had two children... (full context)

...occurred and that he is a “good boy.” Another afternoon, Mayor arrives home to find Quisqueya visiting with his mother—Quisqueya teasingly asks about Mayor’s involvement with Maribel. Mayor grows defensive and... (full context)

...weekend. On Sunday, as the two families prepare for the drive over to the marsh, Quisqueya asks what they are doing—Celia, wanting to avoid her, doesn’t invite her along. At the... (full context)

...are enjoying listening to old music when there is a knock at the door—it is Quisqueya. Alma offers her water and sends Maribel to her room—when she and Arturo sit down... (full context) 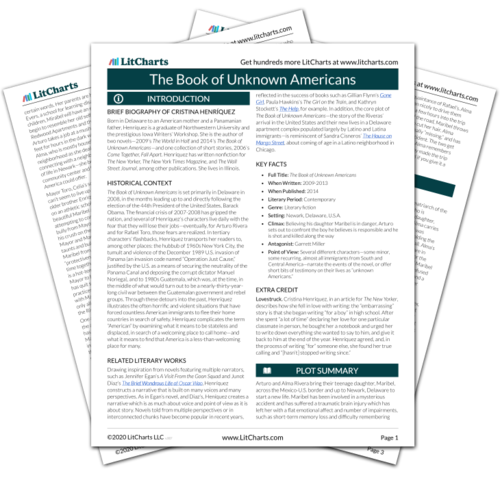 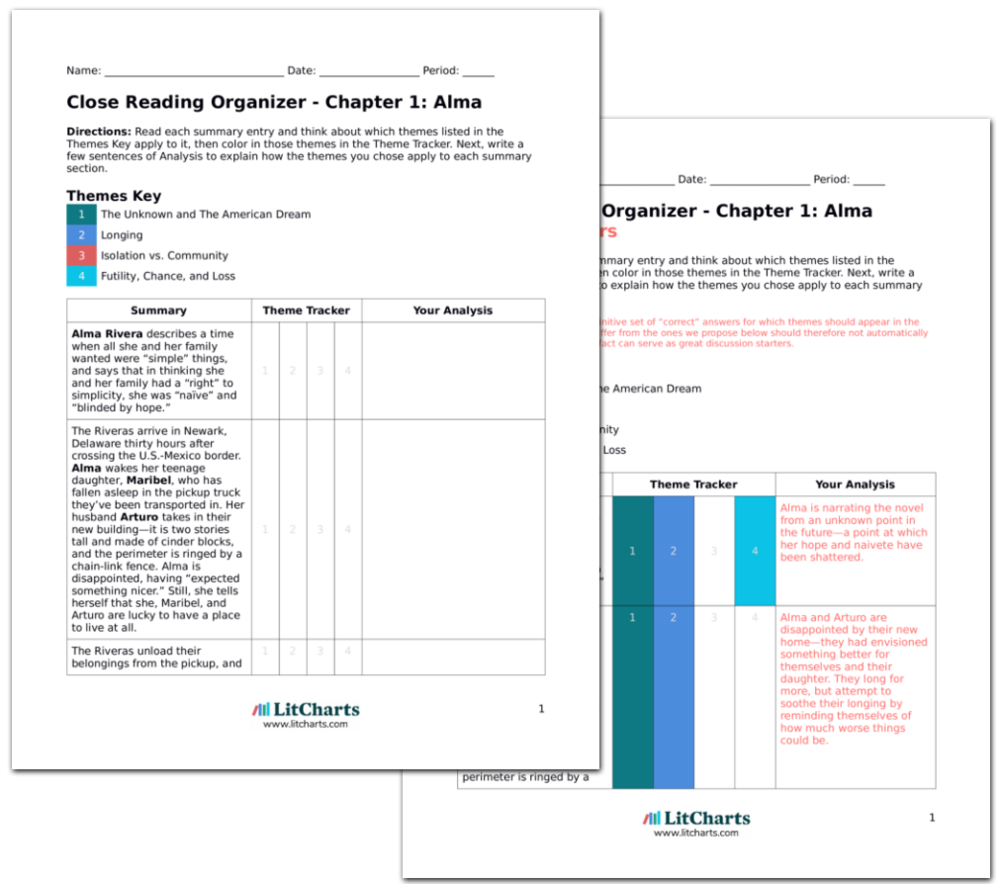