After injuring his back in a car accident as a teenager, Tim Winton’s plan to supplement his creative endeavors with practical work was no longer viable, and he had no choice but to support himself through his writing. While Winton turns to writing to analyze his fears, to strengthen and understand his sense of place, and to honor his childhood and the ones he loves, it’s also an act that’s fraught with questions of identity and class—and at times can be an almost destructively challenging activity. After a harrowing summer spent struggling with an unruly manuscript, Winton is so exhausted from writing his novel that the only cure for his restlessness is to get in his car and drive for days to reach the border. It’s clear that while writing is Winton’s occupation, it’s also an extremely vulnerable and intense activity that he can’t easily wrangle into a typical, dispassionate day job. He also faces insecurity as a writer whose craft enabled him to achieve a comfortable, middle-class lifestyle: though Winton’s successful writing career has allowed him to strengthen his own narrative as someone who comes from a working-class childhood, his success also distances him from that very narrative. And as an educated, well-read man, he feels alienated from some of his family members who left school without literacy. It becomes increasingly clear that the writing life is less a choice for Winton than it is an inevitable necessity; it’s something that draws him in despite its stresses and difficulties because he feels bound to tell stories, no matter how much pain is involved in the process. The Boy Behind the Curtain thus presents a complex and unromanticized picture of creativity; while the act of writing often serves as a lifeline for Winton, it can just as often be challenging and destructive.

The ThemeTracker below shows where, and to what degree, the theme of Creativity appears in each chapter of The Boy Behind the Curtain. Click or tap on any chapter to read its Summary & Analysis.
How often theme appears:
chapter length:
Chapter
The Boy Behind th...
1
A Space Odyssey a...
2
Havoc: A Life in ...
3
A Walk at Low Tide
4
Repatriation
5
Betsy
6
Twice on Sundays
7
High Tide
8
The Wait and the ...
9
In the Shadow of ...
10
The Battle for Ni...
11
Letter from a Str...
12
Chasing Giants
13
The Demon Shark
14
Using the C-word
15
Lighting Out
16
Stones for Bread
17
Remembering Eliza...
18
Sea Change
19
Barefoot in the T...
20
Get the entire The Boy Behind the Curtain LitChart as a printable PDF.
"My students can't get enough of your charts and their results have gone through the roof." -Graham S.
Download 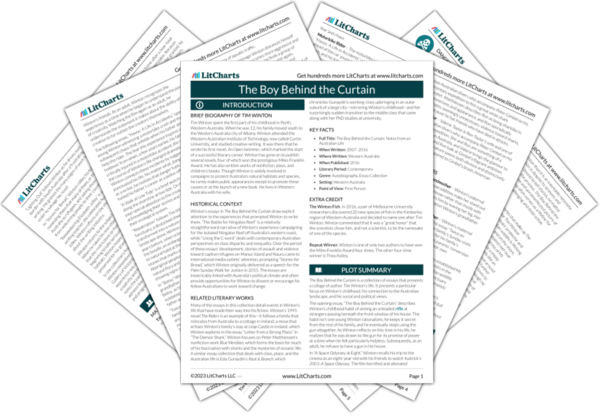 Creativity Quotes in The Boy Behind the Curtain

A Space Odyssey at Eight Quotes

It sent me through a Star Gate of my own into an expanded reality. It wasn’t just my introduction to the possibilities of cinema, it was a wormhole into the life of the imagination, where artefacts outlive the tools with which they are wrought as well as the makers who once wielded them. In that parallel universe useless beauty requires neither excuse nor explanation and wonder is its own reward.

Language, I was to discover, is nutrition, manna without which we’re bereft and forsaken, consigned like Moses and his restive entourage to wander in a sterile wilderness. As a novelist I seem to have spent every working day of my adult life in a vain search for the right word, the perfect metaphor for the story or sentence at hand, while so often writing about characters for whom words are both elusive and treacherous. I didn’t catch the bug at school, I picked it up at church.

Unlock with LitCharts A+
The Wait and the Flow Quotes

Waiting and flowing were anachronistic notions, they’d nearly become foreign concepts, but to me they were part of an imaginative lexicon, feeding something in me that had to do with more than surfing. The child of a pragmatic, philistine and insular culture, I responded to the prospect of something wilder, broader, softer, more fluid and emotional. It sounds unlikely but I suspect surfing unlocked the artist in me.

I show up. I wait. When some surge of energy finally arrives, I do what I must to match its speed. While I can, I ride its force. For a brief period I’m caught up in something special, where time has no purchase, and my bones don’t ache and my worries fall away. Then it’s all flow. And I’m dancing.

Unlock with LitCharts A+
Lighting Out Quotes

First kill your camel. Next, light a big fire. After that get a cauldron big enough to hold your hapless dromedary. If it becomes necessary, hack the beast of burden to pieces and keep the pot at the boil for days on end. Then take a straw and a suture needle and begin spitting your rendered camel through the tiny aperture.

As I bore down upon them I saw the two wedgetails had the body of a third eagle between them. A little unlikely, but there it was. Probably mown down by a truck. They were struggling over the carcass, each bird with a wingtip in its beak so that in the midst of this tug of war the dead raptor rose from the gravel to its full span, dancing upright, feathers bristling in the wind. I was tired and slightly loopy, it’s true, but it looked to me as if that eagle were taunting me, capering at the roadside as if to say, Here I am, not gone yet!

Unlock with LitCharts A+
Barefoot in the Temple of Art Quotes

There were many things I didn’t understand, stuff that made me uneasy, stripes and splashes and globs on pedestals that had me scratching my head. There seemed to be no limit to what people could think of, and that was a giddy feeling. On and on the galleries went. And on and on I trekked, until finally I yielded in dismay, backtracked like a sunburnt Hansel and found my clan hunkered by the entrance, spent and waiting. 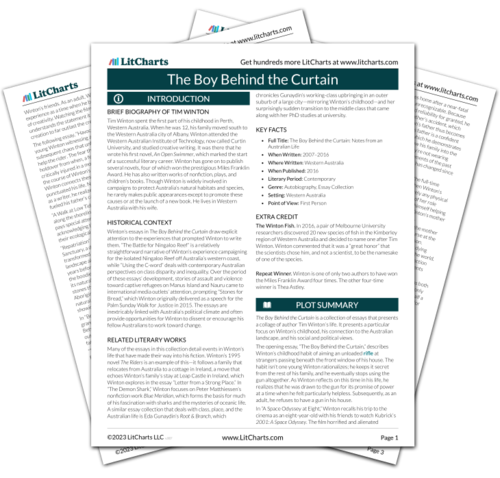 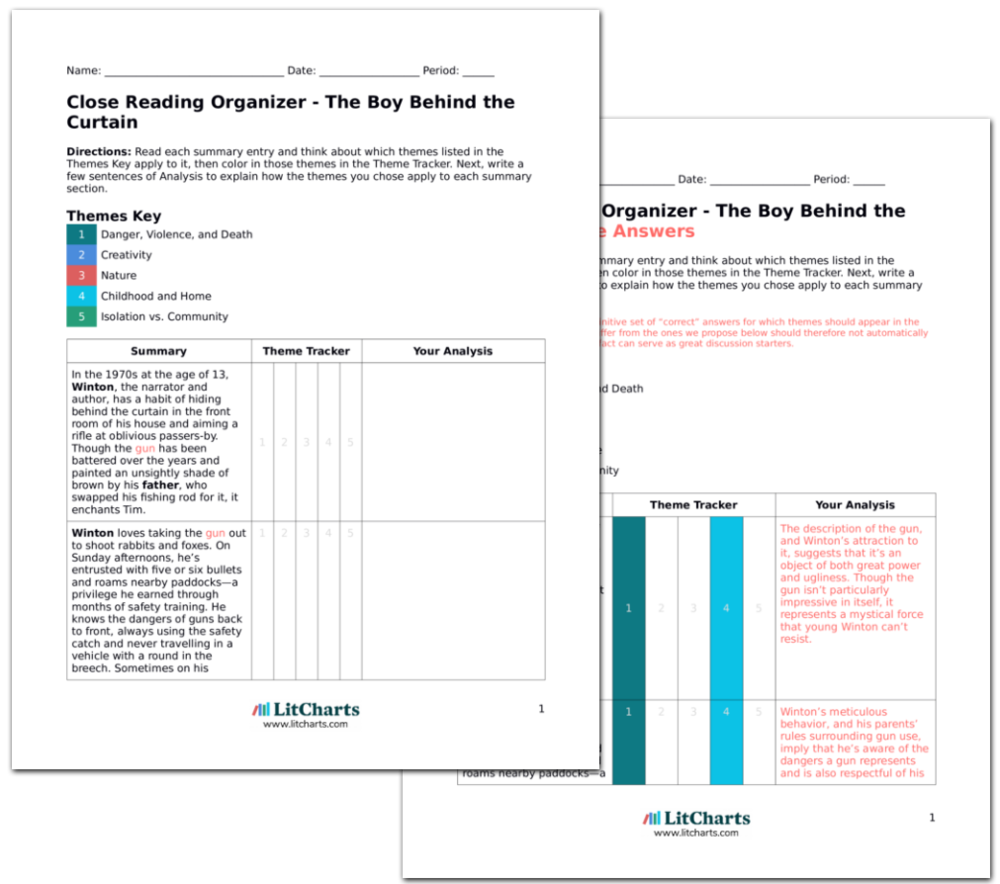