While Anne's diary is a remarkable evocation of a growing teenage girl under any circumstances, this is above all the narrative of a Jewish girl in the grips of World War II and the Holocaust. Anne is a girl forced to go into hiding with her family, and a girl terrified that she and everyone she loves will be killed. With every stray ring of the doorbell and knock on the wall, Anne is overcome with fear that her family will be discovered and sent away to concentration camps. The war forces her family to suffer unbelievable hardships: they starve, they suffer illnesses, they undergo incredible psychological strain and trauma.

In spite of her harrowing circumstances, Anne seems to harbor the unshakable hope that she will survive. She dreams of becoming a journalist, of falling in love, of going to extravagant parties, and of traveling the world. She longs desperately to be allowed to have a "normal" adolescence, but harbors the hope in every year of her confinement that she'll soon be able to return to her former life. The adults around her grapple with their own hopes and desires for life after the war, though many times these adults also seem to harbor fears that they won't survive to see those dreams realized.

Anne is haunted by notion that almost every Jewish person she has ever known is either experiencing immense suffering or has already died. Her survivor's guilt is embodied in her recurrent dreams, visions, and imaginings of Hanneli Goslar, one of her best friends from the prewar days.

The ThemeTracker below shows where, and to what degree, the theme of World War II: Fear, Suffering, and Hope appears in each section of The Diary of Anne Frank. Click or tap on any chapter to read its Summary & Analysis.
How often theme appears:
section length:
Section
Year 1942
1942
Year 1943
1943
Year 1944
1944
Afterword
Aft
Get the entire The Diary of Anne Frank LitChart as a printable PDF.
"My students can't get enough of your charts and their results have gone through the roof." -Graham S.
Download 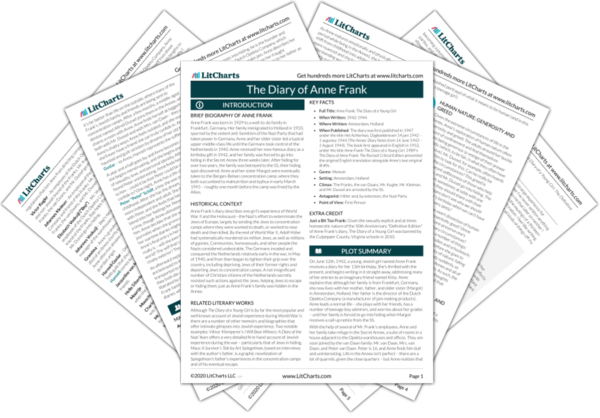 Below you will find the important quotes in The Diary of Anne Frank related to the theme of World War II: Fear, Suffering, and Hope.
Year 1942 Quotes

Not being able to go outside upsets me more than I can say, and I'm terrified our hiding place will be discovered and that we'll be shot. That, of course, is a fairly dismal prospect.

Fine specimens of humanity, those Germans, and to think I'm actually one of them! No, that's not true, Hitler took away our nationality long ago. And besides, there are no greater enemies on earth than the Germans and the Jews.

Oh, I'm becoming so sensible! We've got to be reasonable about everything we do here….I'm afraid my common sense, which was in short supply to begin with, will be used up too quickly and I won't have any left by the time the war is over.

Unlock with LitCharts A+
Year 1943 Quotes

I could spend hours telling you about the suffering the war has brought, but I'd only make myself more miserable. All we can do is wait, as calmly as possible, for it to end. Jews and Christians alike are waiting, the whole world is waiting, and many are waiting for death.

I simply can't imagine the world will ever be normal again for us. I do talk about "after the war," but it's as if I were talking about a castle in the air, something that can never come true.

I see the eight of us in the Annex as if we were a patch of blue sky surrounded by menacing black clouds. The perfectly round spot on which we're standing is still safe, but the clouds are moving in on us, and the ring between us and the approaching danger is being pulled tighter and tighter. We're surrounded by darkness and danger, and in our desperate search for a way out we keep bumping into each other. We look at the fighting down below and the peace and beauty up above. In the meantime, we've been cut off by the dark mass of clouds, so that we can go neither up nor down. It looms before us like an impenetrable wall, trying to crush us, but not yet able to. I can only cry out and implore, "Oh ring, ring, open wide and let us out!"

I sometimes wonder if anyone…will ever overlook my ingratitude and not worry about whether or not I'm Jewish and merely see me as a teenager badly in need of some good plain fun.

Unlock with LitCharts A+
Year 1944 Quotes

The best remedy for those who are frightened, lonely or unhappy is to go outside, somewhere they can be alone, alone with the sky, nature and God. For then and only then can you feel that everything is as it should be and that God wants people to be happy amid nature's beauty and simplicity.

Riches, prestige, everything can be lost. But the happiness in your own heart can only be dimmed; it will always be there, as long as you live, to make you happy again.

Every day I feel myself maturing, I feel liberation drawing near, I feel the beauty of nature and the goodness of the people around me. Every day I think what a fascinating and amusing adventure this is! With all that, why should I despair?

The world's been turned upside down. The most decent people are being sent to concentration camps, prisons and lonely cells, while the lowest of the low rule over young and old, rich and poor. One gets caught for black marketeering, another for hiding Jews or other unfortunate souls. Unless you're a Nazi, you don't know what's going to happen to you from one day to the next.

It's utterly impossible for me to build my life on a foundation of chaos, suffering, and death. I see the world being slowly transformed into a wilderness, I hear the approaching thunder that, one day, will destroy us too, I feel the suffering of millions. And yet, when I look up at the sky, I somehow feel that everything will change for the better, that this cruelty too shall end, that peace and tranquility will return once more. In the meantime, I must hold onto my ideals. Perhaps the day will come when I'll be able to realize them! 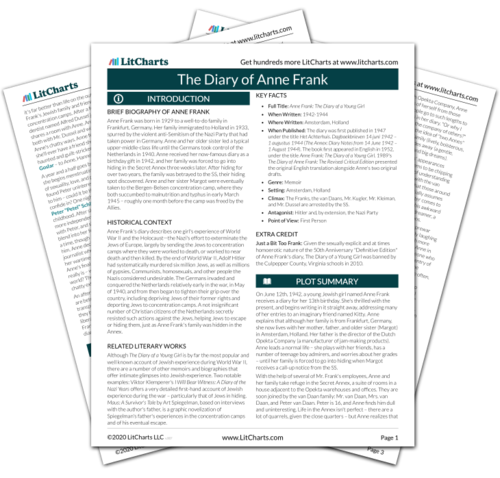 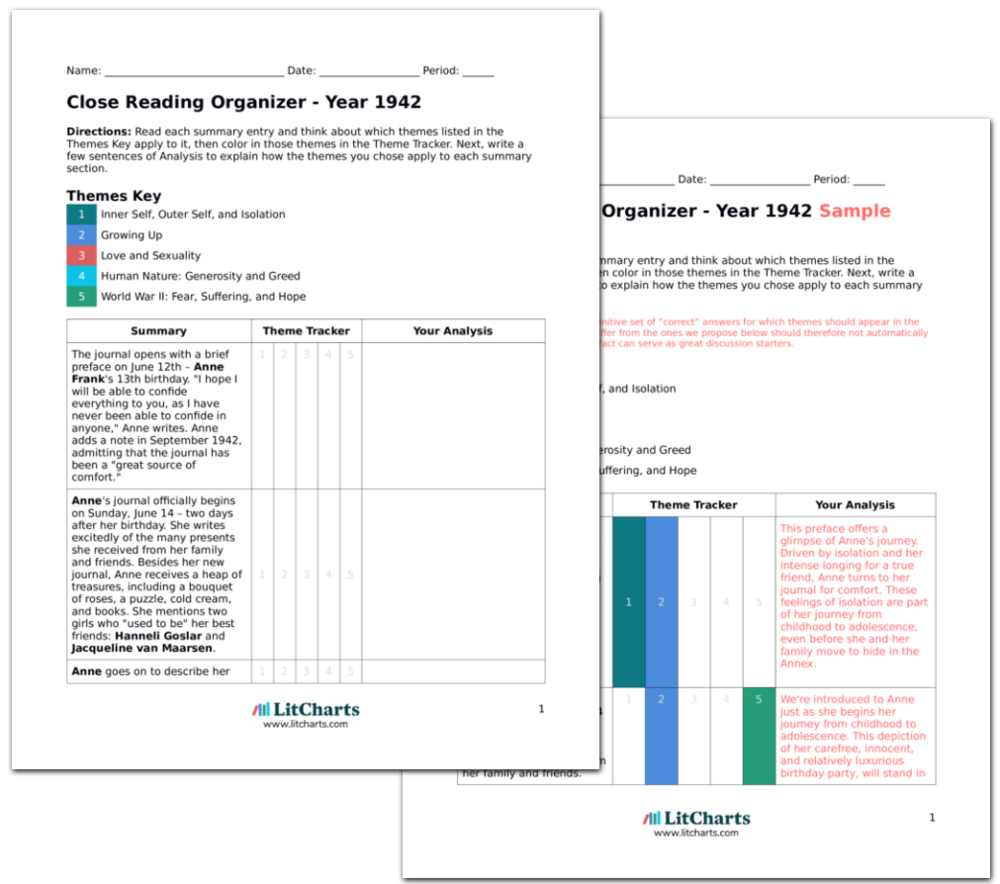