The store does not refer to any one store in particular, but rather a type of establishment commonly found throughout Southern Africa. These stores are distributed across rural farming districts; they are where local white families purchase groceries, cosmetics, clothes, tools, and other essential items. It is also possible to pick up mail at the store, and there is usually a bar attached where men such as Mary’s father spend their time drinking. Because the store contains consumer goods and mail, it serves as a symbolic connection to England, the motherland that many white South Africans (including Mary and her parents) have never seen in person. The store is thus a reminder of both home and homelessness, the exile and detachment that white settlers experience while living in a colonized country. The store also represents the capitalist ideals that influence white settler society. As the Slatters and other white characters in the novel claim, the point of life as a white settler in Southern Africa is to make and spend money. While criticizing the Turners for failing to live up to social norms, Mrs. Slatter says: “They live like pigs and they never buy anything.” The store is thus a place in which white settlers fulfill the capitalist ideal of spending the money they earn on consumable goods, and also a point at which the isolated families distributed across farming districts congregate with one another.

However, there is also another particular store that is significant within the novel: the “kaffir store” that Dick decides to open on his farm. A kaffir store caters to local black people, who—due to the strict racial segregation of Southern Rhodesia—are not permitted to use the same establishment as whites. When Dick proposes opening a kaffir store of his own, Mary objects for two reasons, one practical and one emotional. From a practical perspective, Mary points out that there is another kaffir store nearby, which means that Dick’s store will likely not be very profitable. The kaffir store is thus another of Dick’s naïve fantasies, which, like his attempts to keep bees, pigs, and turkeys, is doomed to failure. Mary’s second reason for objecting to the kaffir store is because stores in general remind her of the misery of her childhood, when her father would spend their family’s money on alcohol and Mary’s mother would loudly complain to those around her. Mary spends her life desperately trying to avoid becoming like her mother, yet in her complaints to Dick ends up resembling her almost exactly. In this sense, the generic nature of the store symbolizes the way in which individual people and families may appear different from one another, yet are in fact similar in an inescapable and fundamental manner.

The Store Quotes in The Grass is Singing

The The Grass is Singing quotes below all refer to the symbol of The Store. For each quote, you can also see the other characters and themes related to it (each theme is indicated by its own dot and icon, like this one:

). Note: all page numbers and citation info for the quotes below refer to the Harper Perennial edition of The Grass is Singing published in 2008.
Chapter 6 Quotes

If she disliked native men, she loathed the women. She hated the exposed fleshiness of them, their soft brown bodies and soft bashful faces that were also insolent and inquisitive, and their chattering voices that held a brazen fleshy undertone. She could not bear to see them sitting there on the grass, their legs tucked under them in that traditional timeless pose, as peaceful and uncaring as if it did not matter whether the store was opened, or whether it remained shut all day and they would have to return tomorrow. Above all, she hated the way they suckled their babies, with their breasts hanging down for everyone to see; there was something in their calm satisfied maternity that made her blood boil. "Their babies hanging on to them like leeches," she said to herself shuddering, for she thought with horror of suckling a child. The idea of a child’s lips on her breasts made her feel quite sick; at the thought of it she would involuntarily clasp her hands over her breasts, as if protecting them from a violation. And since so many white women are like her, turning with relief to the bottle, she was in good company, and did not think of herself, but rather of these black women, as strange; they were alien and primitive creatures with ugly desires she could not bear to think about. 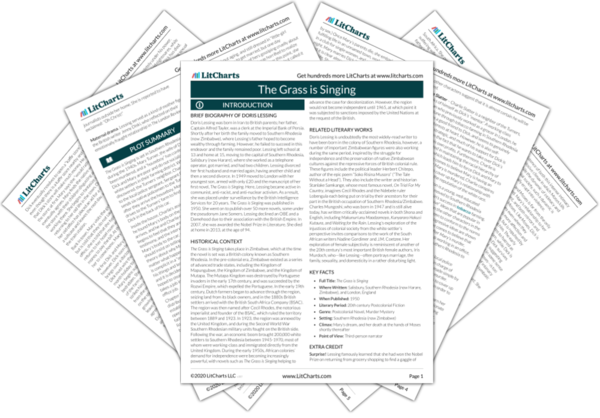 The Store Symbol Timeline in The Grass is Singing

The timeline below shows where the symbol The Store appears in The Grass is Singing. The colored dots and icons indicate which themes are associated with that appearance.

...of farming districts.” They sometimes include a post office or a hotel, but always a store. These stores are the symbol of southern Africa and can be found everywhere. They are... (full context)

...leg against a bicycle, he begins to curse in a surprisingly violent manner. At the store, Mary picks up a pamphlet about beekeeping, although it is written for the English climate... (full context)

...ignores this statement, and soon flatly tells her that he plans to open a “kaffir store” on the farm. He argues that kaffir stores are “gold mines of profit.” Mary quietly... (full context)

Mary sinks into a depression, thinking about the fact that the bee, turkey, rabbit, and store money could have bought them more rooms for the house, ceilings, and furniture. Once the... (full context)

Eventually Mary agrees to work in the store. In the morning, groups of native women and their children sit calmly outside the store,... (full context) 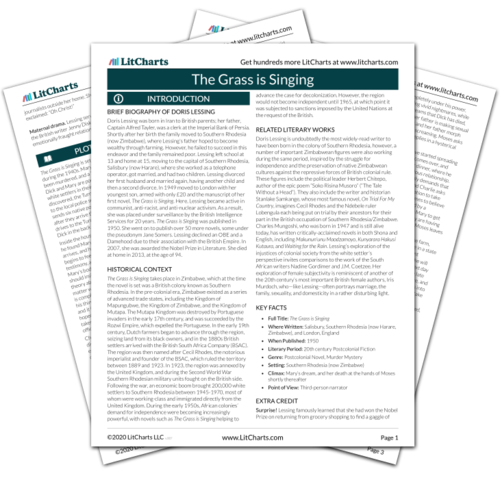 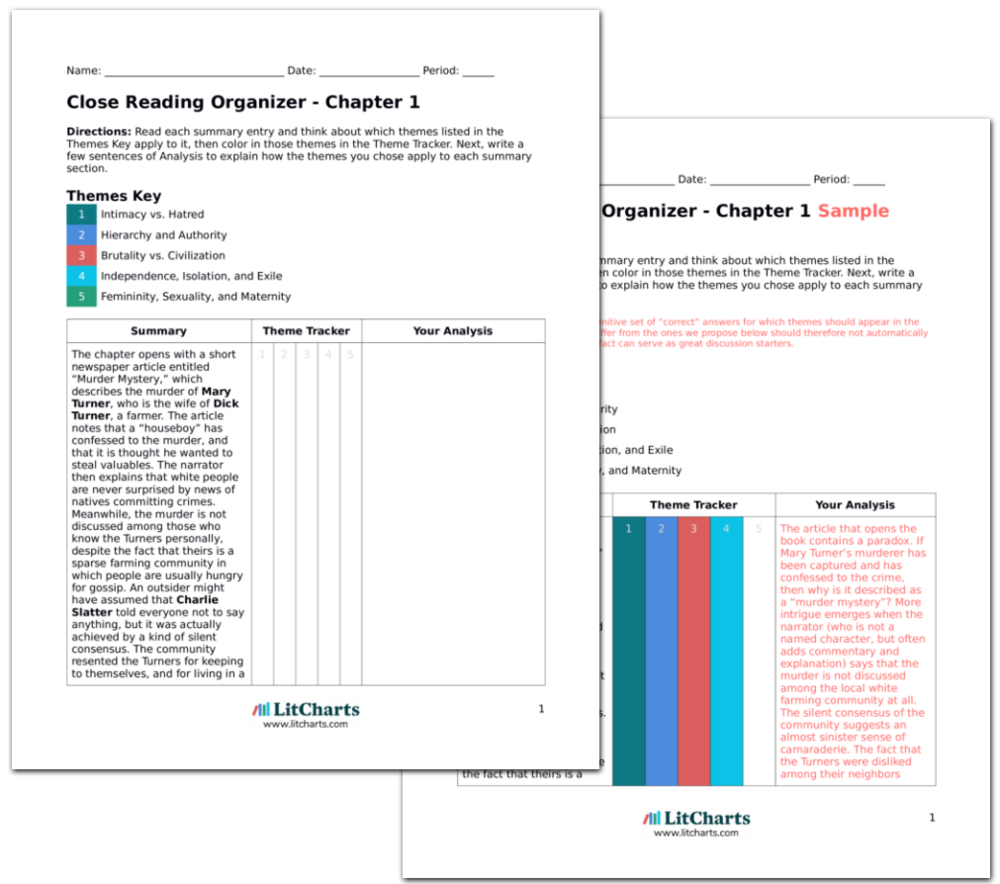