“The Last Leaf” takes place in Greenwich Village, a bohemian neighborhood in New York City, sometime in the early 20th century. The story centers on Sue and Johnsy, two young women artists who share a studio at the top of a run-down apartment building. When winter comes, Johnsy becomes grievously ill with a case of pneumonia. The doctor who visits them predicts that Johnsy won’t have much chance of survival if she doesn’t find the will to live, since his medicines have little effect on a patient who has decided that she’s going to die. When the doctor asks if Johnsy is depressed about something in particular, Sue mentions Johnsy’s unfulfilled ambition to paint the Bay of Naples, but the doctor is dismissive and asks if Johnsy is troubled over a man.

An increasingly fatalistic Johnsy becomes obsessed with the leaves falling from a vine outside her window. After the last leaf falls, she tells Sue, she will die. Sue works on an illustration for a magazine (which she plans to sell to buy more food for Johnsy) and tries unsuccessfully to convince Johnsy that she has something to live for. Sue goes to visit their downstairs neighbor, Behrman—an old, unsuccessful artist who, after decades of failure, still hopes to paint his “masterpiece.” When he hears about Johnsy’s illness and her obsession with the leaves outside her window, he is initially contemptuous of the idea that leaves could have anything to do with Johnsy’s health.

Ultimately, however, Behrman stays out all night in a violent storm to paint a realistic-looking leaf onto the wall outside Sue and Johnsy’s window. Seeing that the “last leaf”—which is in fact Behrman’s painting—has seemingly survived the storm two nights in a row, Johnsy takes hope and begins to recover. However, Behrman catches pneumonia from exposure to the rain and cold, and dies a few days later. When Sue tells Johnsy this, she remarks that Behrman had finally painted his “masterpiece.” 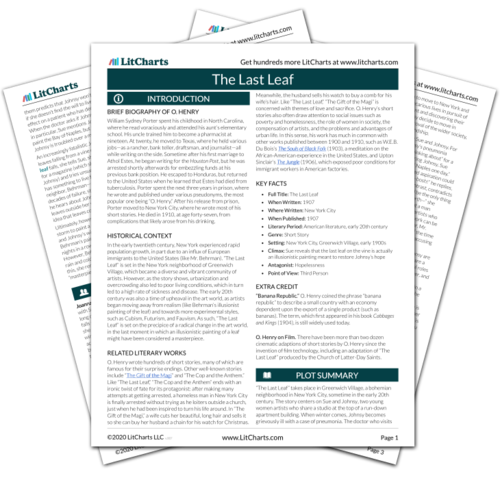 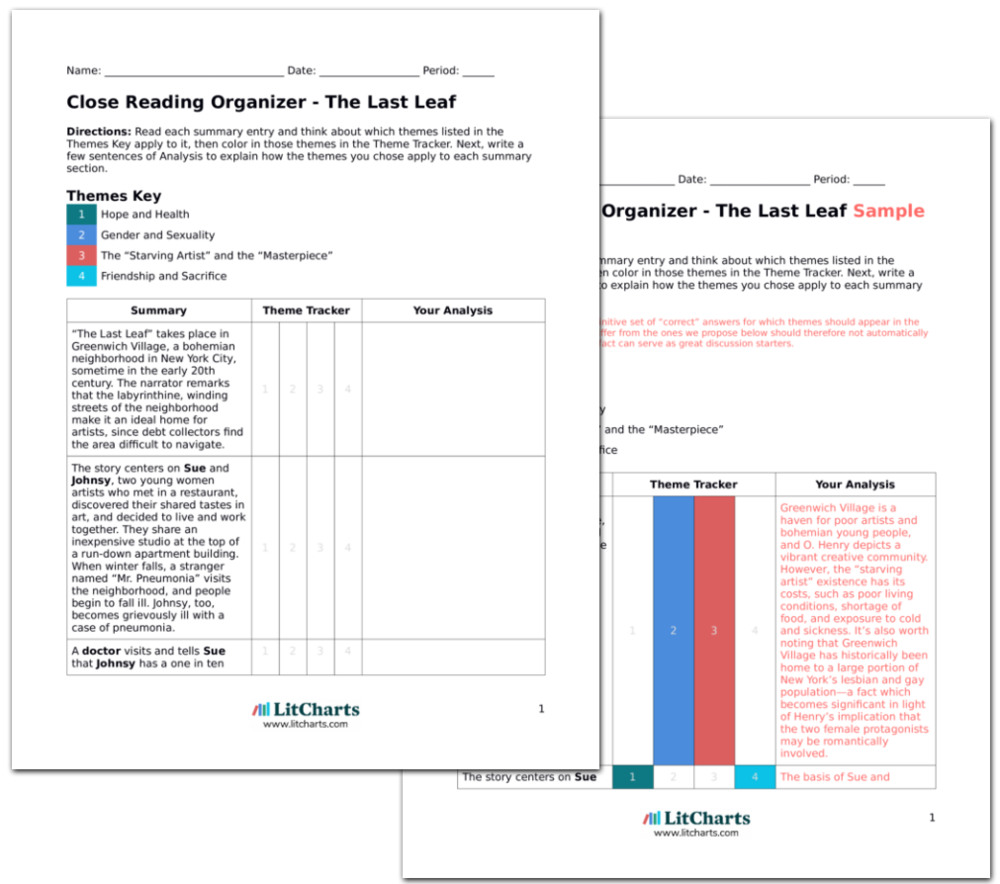