Upgrade to A+
Introduction
Plot Summary
Detailed Summary
& Analysis
Themes
Quotes
Characters
Symbols
Theme Wheel
A Chinese-American girl whose adoptive parents are Elaine and Jim Hennings, Peter and Kay’s best friends. Angel grows up in New York City, and though her parents make an effort to help her connect with Chinese culture, she can’t speak the language like Daniel. Nonetheless, she understands what it’s like to not have a relationship with one’s birth parents, which is why she helps Daniel try to track down his mother when they first meet as eleven-year-olds. This connection develops into a strong friendship that bears certain romantic traces, as Angel and Daniel talk on the phone every night when Daniel’s a student at SUNY Potsdam and Angel is a student in Iowa. However, their friendship suffers a brutal blow when Angel lends Daniel $10,000 to help him repay his poker debt. This is money that she saved to study abroad in Nepal, so he promises to promptly repay her, but he gambles it all away. As such, she tells Peter and Kay about his gambling addiction (but not about the $10,000) and stops talking to him. Still, Daniel continues to text her on a regular basis, constantly promising to pay her back. When Jim Hennings has a birthday party in the city, Angel and her new boyfriend, Charles, tell Peter and Kay that she was robbed, though they don’t specify what, exactly, happened. Later, Angel finally tells her parents the entire story, and they pass the message to Kay and Peter. When Daniel goes to China and works as a teacher at the school where Polly works, he starts repaying Angel, who finally starts talking to him again.

Angel Hennings Quotes in The Leavers

The The Leavers quotes below are all either spoken by Angel Hennings or refer to Angel Hennings. For each quote, you can also see the other characters and themes related to it (each theme is indicated by its own dot and icon, like this one: 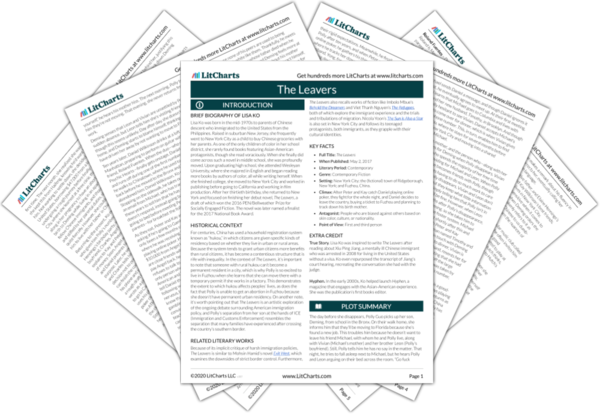 The timeline below shows where the character Angel Hennings appears in The Leavers. The colored dots and icons indicate which themes are associated with that appearance.

...to the city to attend a birthday party for Jim Hennings, their close family friend. “Angel will be there. You’ll join us, of course,” Kay says. This information puts Daniel on... (full context)

“We can’t make ourselves miserable because we think it’ll make [our parents] happy,” Angel once told Daniel. Ever since childhood, Daniel has confided in her, and in college they... (full context)

...Michael. When they arrive at Jim and Elaine’s house, they settle in, and Deming meets Angel, who is also of Chinese descent, though she has lived in the United States for... (full context)

...was in the bathroom and couldn’t find them. Back at the Hennings’ apartment, Deming tells Angel that his birth mother, Polly, might be in the Bronx, and she decides to help... (full context)

That evening, Daniel thinks about Jim Hennings’s upcoming birthday party, where he’ll have to see Angel for the first time since they had a falling out. Ko explains that Daniel started... (full context)

Daniel plans to use Angel’s money to repay Kyle, at which point he’ll take out another loan and give back... (full context)

Thinking about what it’ll be like to see Angel again after their falling out, Daniel remembers the long conversations they used to have on... (full context)

The next day, Daniel attends Jim Hennings’s birthday party. When he hugs Angel, she “flinch[es],” then introduces him to Charles, her new boyfriend. As Daniel greets him, Angel... (full context)

As Peter and Kay try to piece together what Angel was talking about, Daniel distracts them by giving them his statement of purpose for the... (full context)

...you did.” When Daniel tries to avoid the subject, Charles pushes on, saying, “I respect Angel’s decision not to take this to the courts to try to get her money back,... (full context)

...the real essay, but Peter doesn’t listen, saying, “Not to mention you were rude to Angel tonight at the party.” (full context)

...tweets to Roland, though he doesn’t end up sending him anything. He does, however, send Angel a text that says, “hi, hope you’re well.” This, apparently, is something he does “every... (full context)

...essay, which is due the next day. However, he gets distracted and ends up texting Angel, who finally replies by asking him to stop contacting her. “I wish you the best,”... (full context)

...her several days ago and told her that Daniel hasn’t returned money he borrowed from Angel. When she asked Charles why he was telling her, he told her to ask Daniel.... (full context)

...once. Financially stable for the first time in a long while, he starts to repay Angel. During his free time, he often looks up Psychic Hearts, which has been getting significant... (full context)

...baring himself so publicly, he continues to pursue his musical goals. In general, he’s rather happy—Angel is talking to him again, and he’s teaching guitar lessons. A month after his surprise... (full context) 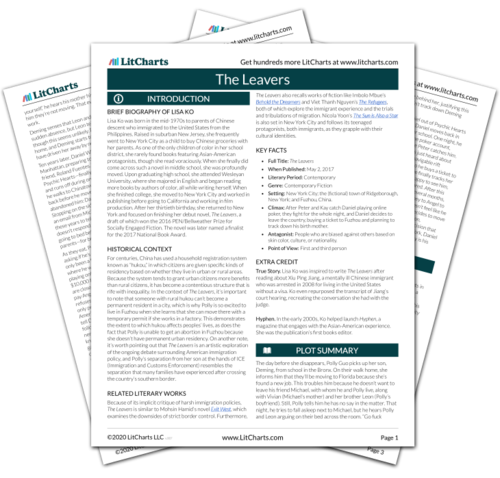 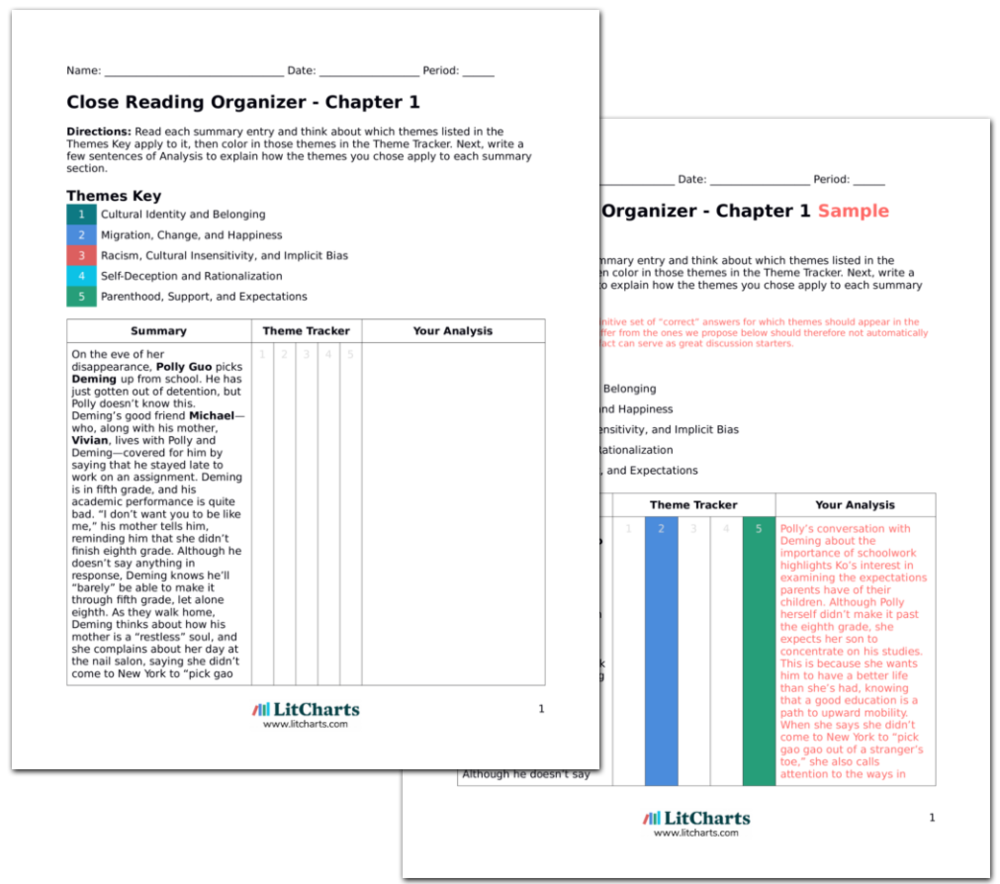