Download this LitChart! (PDF)
Teachers and parents! Struggling with distance learning? Our Teacher Edition on The Line Becomes a River can help.

Welcome to the LitCharts study guide on Francisco Cantú's The Line Becomes a River. Created by the original team behind SparkNotes, LitCharts are the world's best literature guides.

The Line Becomes a River: Introduction

A concise biography of Francisco Cantú plus historical and literary context for The Line Becomes a River.

A quick-reference summary: The Line Becomes a River on a single page.

In-depth summary and analysis of every part of The Line Becomes a River. Visual theme-tracking, too.

The Line Becomes a River: Themes

Explanations, analysis, and visualizations of The Line Becomes a River's themes.

The Line Becomes a River: Quotes

The Line Becomes a River's important quotes, sortable by theme, character, or part.

The Line Becomes a River: Characters

Description, analysis, and timelines for The Line Becomes a River's characters.

The Line Becomes a River: Symbols

Explanations of The Line Becomes a River's symbols, and tracking of where they appear.

An interactive data visualization of The Line Becomes a River's plot and themes.

Francisco Cantú was born in Santa Rosa, California, in 1985. His grandfather on his mother’s side immigrated to the United States from Mexico as a child, and Cantú’s mother worked to instill a sense of his Mexican heritage in him. Cantú’s parents separated when he was young, and Cantú and his mother moved several times for her work as a park ranger before settling in Prescott, Arizona, where Cantú lived until he went to college in Washington, D.C. After studying the border at college, Cantú joined Border Patrol as a young graduate, hoping to gain a better understanding of the region and its politics. While working with the agency between 2008 and 2012, he spent two years in the field in Arizona and then moved into intelligence in Tucson and then El Paso, Texas. During these years, he became disillusioned with Border Patrol and the way it dehumanizes migrants. After leaving in 2012, he secured a Fulbright Scholarship and traveled to the Netherlands to study the status of asylum seekers. Later, he enrolled for an MFA in nonfiction creative writing at the University of Arizona and began to write about his time with Border Patrol. This was the book that would become The Line Becomes a River.
Get the entire The Line Becomes a River LitChart as a printable PDF.
"My students can't get enough of your charts and their results have gone through the roof." -Graham S.
Download 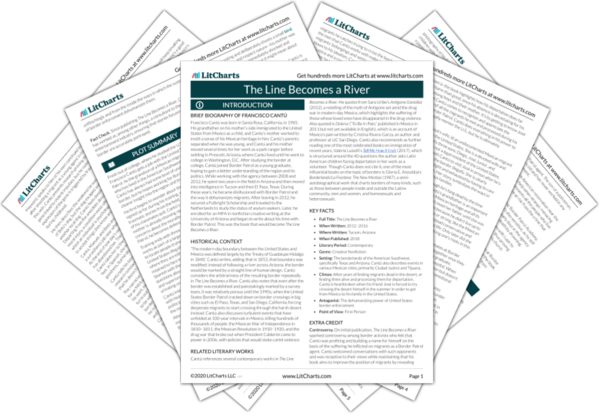 Historical Context of The Line Becomes a River

“The modern-day boundary between the United States and Mexico was defined largely by the Treaty of Guadalupe Hidalgo in 1848,” Cantú writes, adding that in 1853, that boundary was modified: instead of following a river across Arizona, the border would be marked by a straight line of human design. Cantú considers the arbitrariness of the resulting border repeatedly in The Line Becomes a River. Cantú also notes that even after the border was established and painstakingly marked by a survey team, it was relatively porous until the 1990s, when the United States Border Patrol cracked down on border crossings in big cities such as El Paso, Texas, and San Diego, California, forcing desperate migrants to start crossing through the harsh desert instead. Cantú also discusses turbulent events that have unfolded at 100-year intervals in Mexico, killing hundreds of thousands of people: the Mexican War of Independence in 1810–1811, the Mexican Revolution in 1910–1920, and the drug war that broke out when President Calderón came to power in 2006, with policies that would stoke cartel violence.

Other Books Related to The Line Becomes a River

Cantú references several contemporary works in The Line Becomes a River. He quotes from Sara Uribe’s Antígona González (2012), a retelling of the myth of Antigone set amid the drug war in modern-day Mexico, which highlights the suffering of those whose loved ones have disappeared in the drug violence. Also quoted is Dolerse (“To Be In Pain,” published in Mexico in 2011 but not yet available in English), which is an account of Mexico’s pain written by Cristina Rivera-Garza, an author and professor at UC San Diego. Cantú also recommends as further reading one of the most celebrated books on immigration of recent years, Valeria Luiselli’s Tell Me How It Ends (2017), which is structured around the 40 questions the author asks Latin American children facing deportation in her work as a volunteer. Though Cantú does not cite it, one of the most influential books on the topic of borders is Gloria E. Anzuldúa’s Borderlands/La Frontera: The New Mestiza (1987), a semi-autobiographical work that charts borders of many kinds, such as those between people inside and outside the Latinx community, men and women, and homosexuals and heterosexuals.
Key Facts about The Line Becomes a River

Extra Credit for The Line Becomes a River

Controversy. On initial publication, The Line Becomes a River sparked controversy among border activists who felt that Cantú was profiting and building a name for himself on the basis of the suffering he inflicted on migrants as a Border Patrol agent. Cantú welcomed conversations with such opponents and was receptive to their views while maintaining that his book aims to improve the position of migrants by revealing unflinchingly and from the inside the ways in which the system of border enforcement dehumanizes them.

Fact Check. Since publishing The Line Becomes a River, Cantú has worked as, among other things, a consultant to the entertainment industry, ensuring that stories focusing on the border are accurately portrayed. 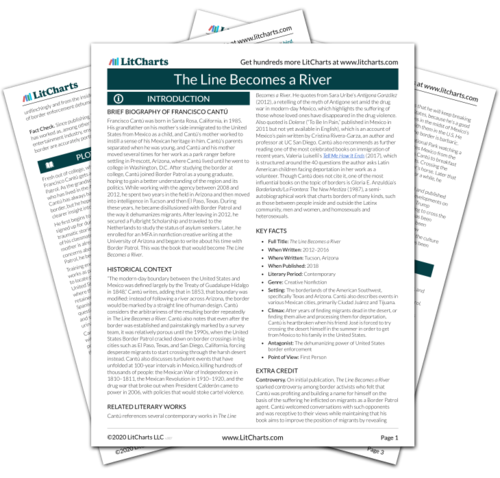 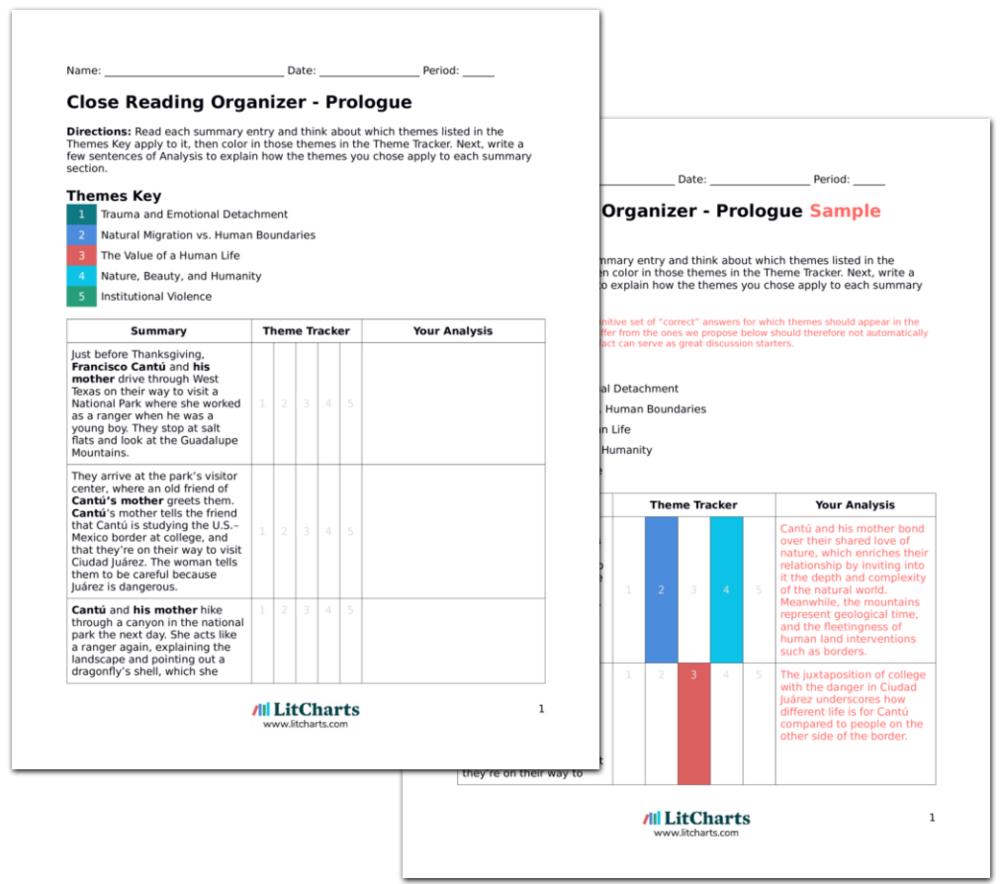