On a cold and snowy New Year’s Eve, a little girl walks the city streets unsuccessfully attempting to sell matches. She is barefoot and freezing as a result of the dangers inherent to this harsh urban environment that she is far too young to navigate on her own, already having lost her slippers due to some reckless carriage drivers and a young boy who steals one for himself. The girl is cold, hungry, and alone as she wanders the streets, having sold not a single match nor received any charity. As the snow falls upon her uncovered head, she solemnly notes the pretty lights and smells of celebration and love emanating from the townspeople’s windows while considering the lack of such comforts in her own home, both on account of her family’s destitute living conditions in a drafty attic as well as her father’s implied abuse.

Fearing that her failure to sell any matches will earn her more of this abuse if she returns home, the girl decides to take shelter in a small alcove. Growing colder and colder, she burns a match for warmth. To her surprise, the flame creates an imaginary vision of a large, hot stove that disappears as soon as the match dies. Spurred by this delightful apparition, the girl burns more matches and conjures subsequent visions: first, a bountiful holiday feast with exquisite table settings, then a wonderfully lit Christmas tree with beautiful decorations. The girl then sees a shooting star and recalls the memory of her loving grandmother, who is the only person she had ever received any kindness from. She burns the rest of her matches in an effort to keep her grandmother’s vision with her, begging to accompany her in heaven. The grandmother grants her this wish, taking her where she will no longer suffer the indignity of poverty: up to God. The girl’s body is discovered the next day, smiling and flushed with spent matches strewn all around her. The townspeople seem unaware of the grand visions she saw and the everlasting peace she has been granted in death. 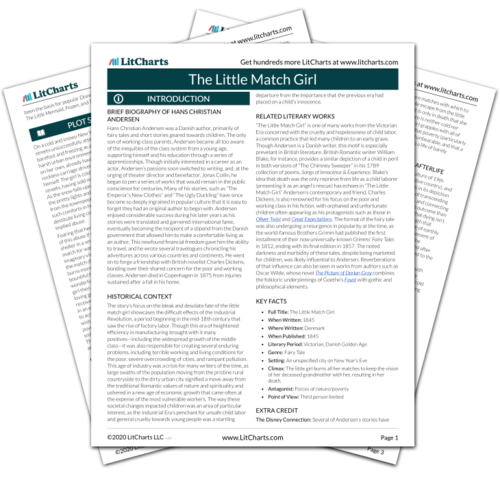 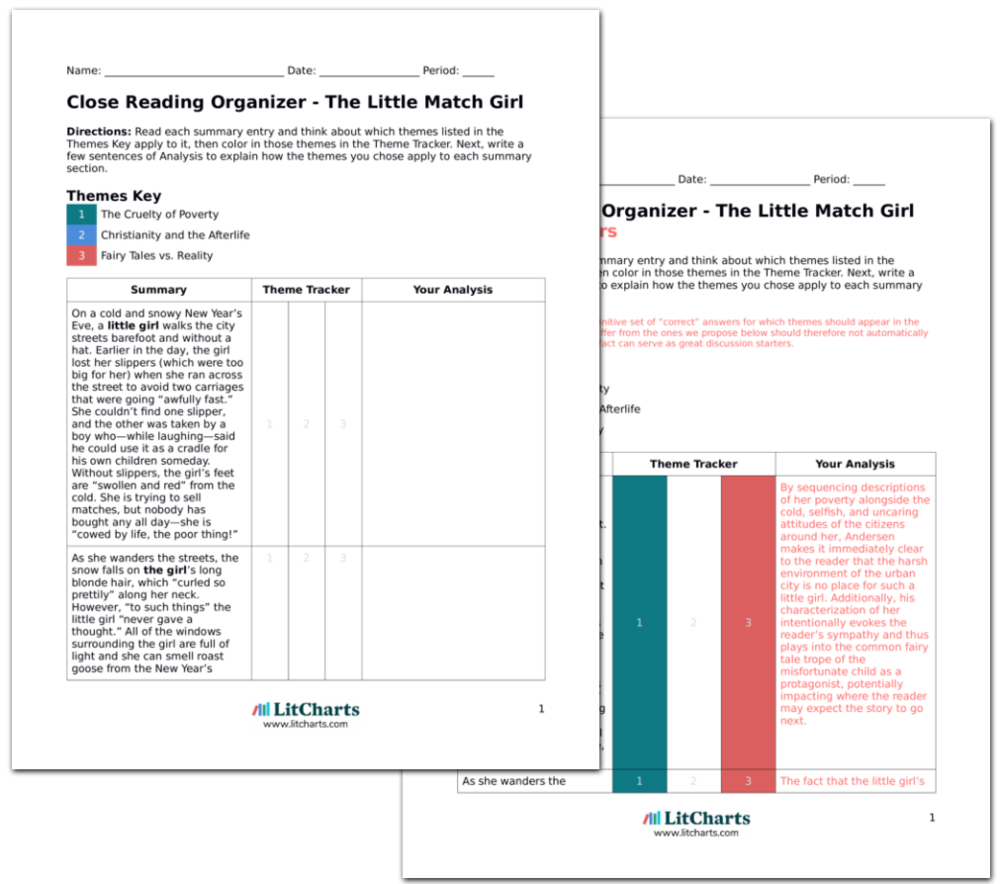