Welcome to the LitCharts study guide on Jhumpa Lahiri's The Namesake. Created by the original team behind SparkNotes, LitCharts are the world's best literature guides.

A concise biography of Jhumpa Lahiri plus historical and literary context for The Namesake.

A quick-reference summary: The Namesake on a single page.

In-depth summary and analysis of every chapter of The Namesake. Visual theme-tracking, too.

Explanations, analysis, and visualizations of The Namesake's themes.

The Namesake's important quotes, sortable by theme, character, or chapter.

Description, analysis, and timelines for The Namesake's characters.

Explanations of The Namesake's symbols, and tracking of where they appear.

An interactive data visualization of The Namesake's plot and themes.

Jhumpa Lahiri grew up in Kingston, Rhode Island, often visiting relatives in Calcutta. She studied English at Barnard, graduating in 1989, and went on to receive multiple degrees from Boston University, including an M.A. in English, an MFA in Creative Writing, and M.A. in Comparative Literature, and a Ph.D. in Renaissance Studies. In 2001 she married Alberto Vourvoulias-Bush, Senior Editor of Time Latin America, and with whom she now resides in Rome, Italy, along with their two children. Her first collection of short stories, Interpreter of Maladies, won the Pulitzer Prize.
Get the entire The Namesake LitChart as a printable PDF.
"My students can't get enough of your charts and their results have gone through the roof." -Graham S.
Download 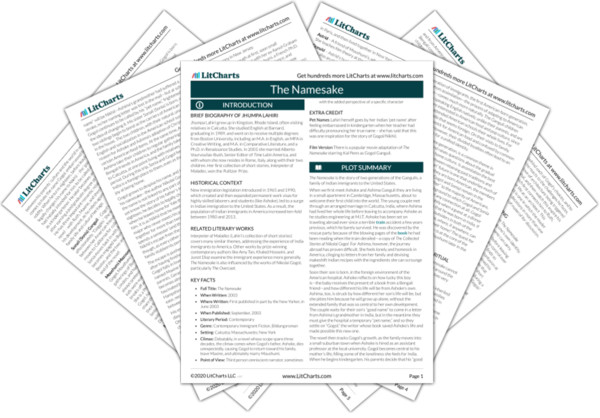 Historical Context of The Namesake

New immigration legislation introduced in 1965 and 1990, which created and then expanded permanent work visas for highly skilled laborers and students (like Ashoke), led to a surge in Indian immigration to the United States. As a result, the population of Indian immigrants in America increased ten-fold between 1980 and 2013.

Other Books Related to The Namesake

Interpreter of Maladies (Lahiri’s collection of short stories) covers many similar themes, addressing the experience of India immigrants to America. Other works by prize-winning contemporary authors like Amy Tan, Khaled Hosseini, and Junot Diaz examine the immigrant experience more generally. The Namesake is also influenced by the works of Nikolai Gogol, particularly The Overcoat.
Key Facts about The Namesake

Extra Credit for The Namesake

Pet Names Lahiri herself goes by her Indian ‘pet name’ after feeling embarrassed in kindergarten when her teacher had difficulty pronouncing her true name – she has said that this was one inspiration for the story of Gogol/Nikhil.

Film Version There is a popular movie adaptation of The Namesake starring Kal Penn as Gogol Ganguli. 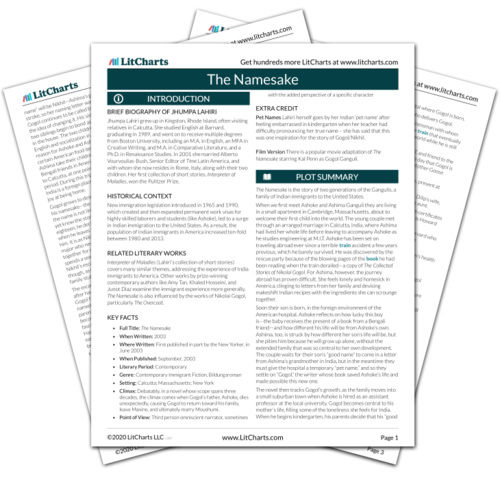 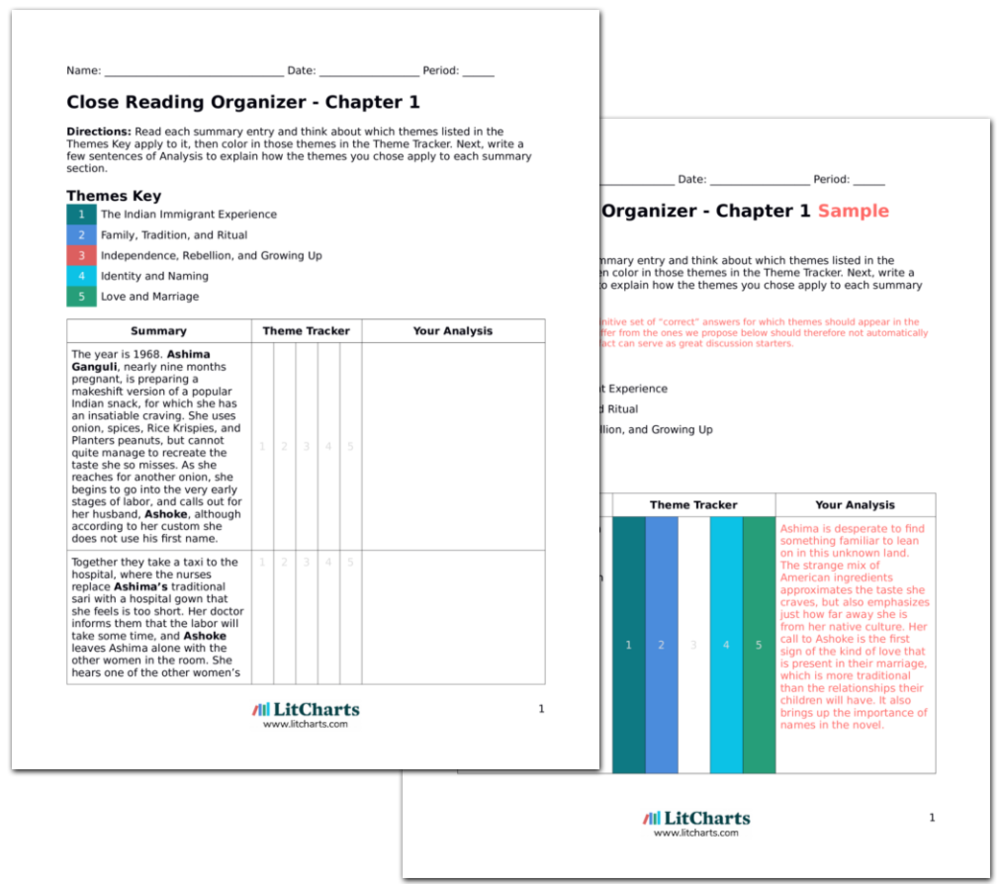