Get LitCharts A+
LitCharts assigns a color and icon to each theme in The Rover, which you can use to track the themes throughout the work.

In the largely immoral world of The Rover, wit and facility with language are the most highly prized virtues that a person can possess. The characters constantly reference wit, and the audience is invited to judge the inhabitants of the play based on how clever they are. Blunt, for instance, is instantly a figure of fun as soon as the audience hears his dull, plodding speech; he becomes even more so when he foolishly allows himself to be taken in by the clever Lucetta. Willmore, in contrast, can act immorally, yet will always be forgiven because of his eloquence and charm. When he meets Hellena, the two are attracted not to each other’s looks, but to their perfectly matched wits. Despite the problems with their union, their meeting of two like minds is presented in an incredibly positive and romantic light. There is an implication that because the two have matching wits, they are also fundamentally compatible.

This obsession with wit and language reflects the atmosphere of seventeenth-century England. Plays were judged based solely by their facility with language rather than the inventiveness of their plots or the morality of their lessons. Aristocrats, too, assessed each other based on wit, each striving to be the quickest and the cleverest. The importance of wit within The Rover may be exaggerated compared to the real social world of that time, but it is undoubtedly true to the values of the time period. 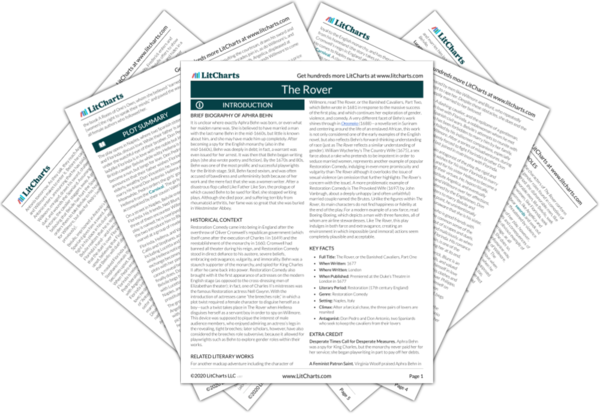 Wit and Language Quotes in The Rover

Below you will find the important quotes in The Rover related to the theme of Wit and Language.
Act 1, Scene 1 Quotes

I am resolv’d to provide myself this Carnival, if there be e’er a handsom Fellow of my Humour above Ground, tho I ask first.

Willmore: But why thus disguis’d and muzzl’d?
Belvile: Because whatever Extravagances we commit in these Faces, our own may not be oblig’d to answer ‘em.
Willmore: I should have changed my Eternal Buff too: but no matter, my little Gypsy wou’d not have found me out then: for if she should change hers, it is impossible I should know her, unless I should hear her prattle—A Pox on’t, I cannot get her out of my Head: Pray Heaven, if ever I do see her again, she prove damnably ugly, that I may fortify my self against her Tongue.

O’ my Conscience, that will be our Destiny, because we are both of one humour; I am as inconstant as you, for I have considered, Captain, that a handsom Woman has a great deal to do whilst her Face is good, for then is our Harvest-time to gather Friends; and should I in these days of my Youth, catch a fitch of foolish Constancy, I were undone; ‘tis loitering by da-light in our great Journey: therefore declare, I’ll allow but one year for Love, one year for Indifference, and one year for Hate—and then—go hang yourself—for I profess myself the gay, the kind, and the inconstant—the Devil’s in’t if this won’t please you.

Ah Rogue! Such black Eyes, such a Face, such a Mouth, such Teeth—and so much Wit!

If it were possible I should ever be inclin’d to marry, it should be some kind young Sinner, one that has Generosity enough to give a favour handsomely to one that can ask it discreetly, one that has Wit enough to manage an Intrigue of Love—oh how civil such a Wench is, to a Man that does her the Honour to marry her. 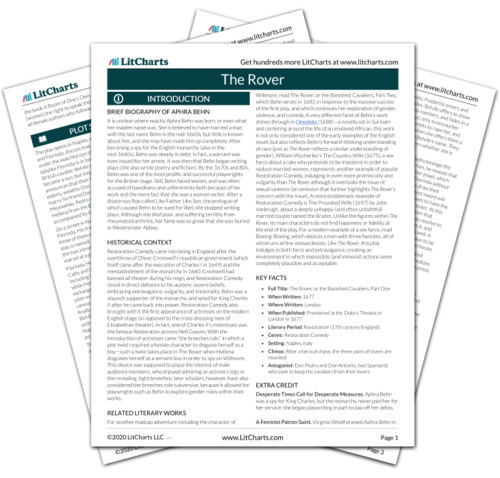 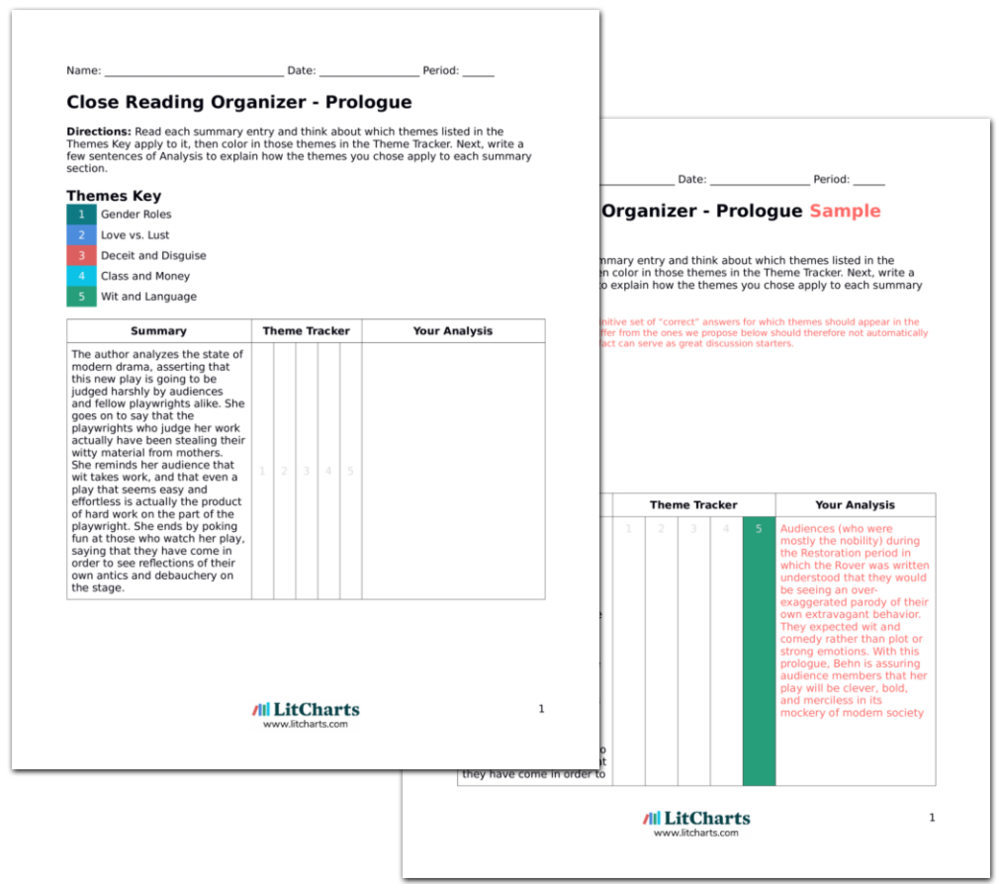