Get LitCharts A+
Johansen is a sailor on Wolf Larsen’s vessel, the Ghost. He is of Scandinavian heritage. When Humphrey Van Weyden joins the Ghost, the previous mate has just died, and Johansen has received a promotion to fill his role. Johansen remains loyal to Wolf Larsen until near the end, unlike Johnson, who attempts a mutiny with George Leach earlier in the book. Johansen represents how people can get ahead by going along with cruelty rather than trying to resist it.

Johansen Quotes in The Sea-Wolf

The The Sea-Wolf quotes below are all either spoken by Johansen or refer to Johansen. For each quote, you can also see the other characters and themes related to it (each theme is indicated by its own dot and icon, like this one:

Then Wolf Larsen’s other hand reached up and clutched the edge of the scuttle. The mass swung clear of the ladder, the men still clinging to their escaping foe. They began to drop off, to be brushed off against the sharp edge of the scuttle, to be knocked off by the legs which were now kicking powerfully.

Get the entire The Sea-Wolf LitChart as a printable PDF.
"My students can't get enough of your charts and their results have gone through the roof." -Graham S.
Download 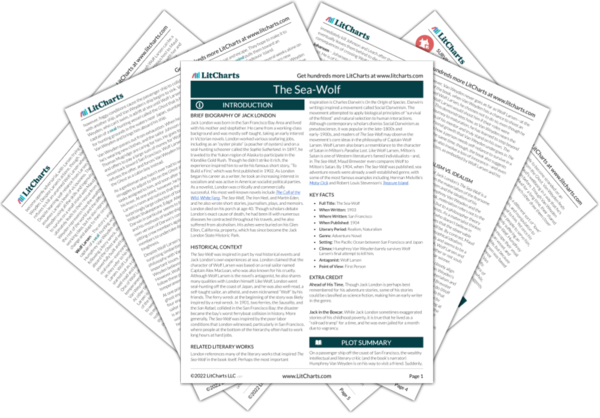 Johansen Character Timeline in The Sea-Wolf

The timeline below shows where the character Johansen appears in The Sea-Wolf. The colored dots and icons indicate which themes are associated with that appearance.

The next day, Van Weyden must move to a new cabin because the new mate Johansen talks in his sleep and Wolf Larsen can’t deal with it. Van Weyden finds that... (full context)

One day, before supper, Johansen orders a newer recruit named Harrison to fix one of the sails by climbing up... (full context)

...disease. The violence comes to a head when the sailor Johnson (not the new mate Johansen) gets into a physical fight with Wolf Larsen. Wolf Larsen easily defeats Johnson, and the... (full context)

...despite sustaining serious injuries from the earlier fight. Johnsen is meek around Wolf Larsen and Johansen, but Leach remains defiant. (full context)

Van Weyden wonders about the mothers of all the men on the Ghost. Johansen claims that he hasn’t written to his mother in 10 years, and that she must... (full context)

...over with a head wound and blood on his cheek. Wolf Larsen is looking for Johansen. (full context) 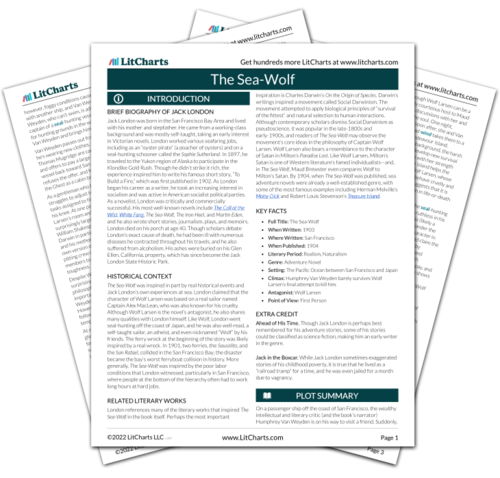 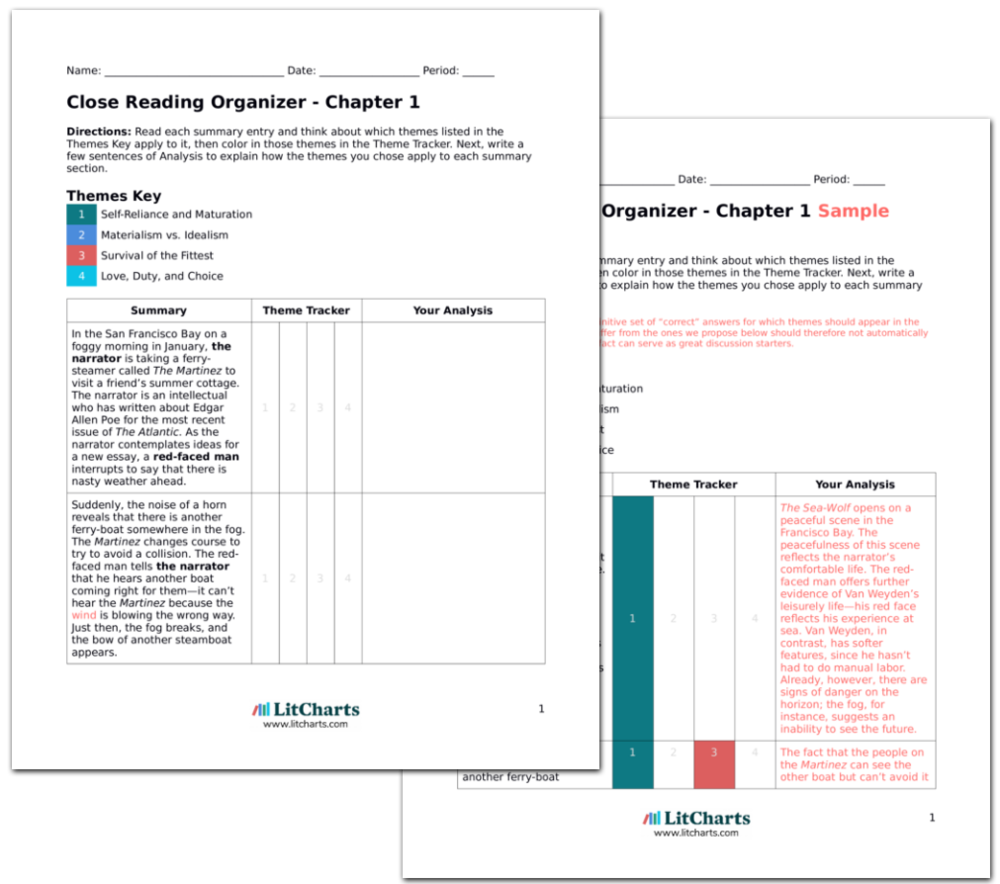