Nicholas Carr’s book The Shallows examines the effect Internet technology is having on the human mind. In the digital age, we are overwhelmed with stimuli. Our computers, phones and digital tools allow us constant access to seemingly infinite information and give us a sense of connectivity. We are more socially focused and efficient than ever before––but these benefits come at a price. Carr worries that we are trading in valuable skills for a type of intelligence that is adapting users to their computers, instead of the other way around.

One of Carr’s primary comparisons in the book is between two types of intelligence. The older definition is associated with the era of print literature. Humans used to define intelligence as the extent to which a person had a “literary mind,” or a mind capable of sitting quietly and solving complex problems. However, after the Industrial Revolution, a new definition of intelligence started to take hold, one that privileged efficiency and multi-tasking over deep thinking. The system as a whole was seen as more important than the individual. With the invention of the Internet, this obsession with efficiency spiraled out of control. Our apps and tools are so easy to use that we are developing a ravenous appetite for more and more information, all consumed at breakneck speeds. The sheer volume of data we are exposed to when we surf the web may be impressive, but our brains, Carr argues, are not equipped to both navigate the distractions inherent in the design of the Internet and consolidate deep and meaningful new elements of knowledge. Increased reliance on and skyrocketing use of the Internet has indoctrinated users into an age of distraction and, as a result, impaired our ability to find a balance between the meditative thinking of the “literary mind” and the efficiency-centric learning style of the computer age.

Not only, Carr argues, is our definition of intelligence changing due to Internet use, but our brains are being rewired in a disturbing way. Carr emphasizes throughout the book—using official studies, scientific concepts, and brain science—that the changes made to us by our use of the Internet are not simply changes in our thoughts, but rather anatomical alterations in the brain itself. The Internet provides such a feast of distraction that no energy is left for the parts of our brains responsible for complex thought and developing subtle human emotions. The great warning presented by The Shallows is not only that the Internet is changing our brains but that it may be diminishing the very skills and traits that make us human. 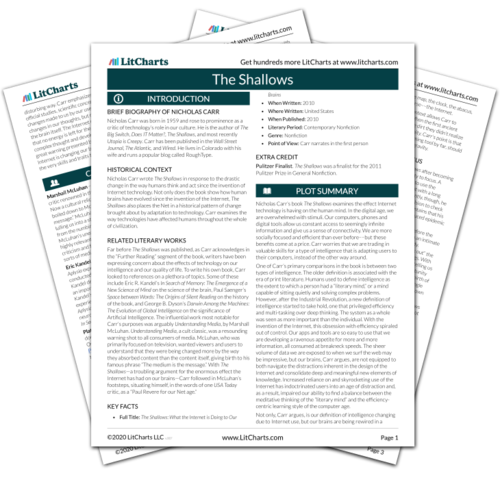 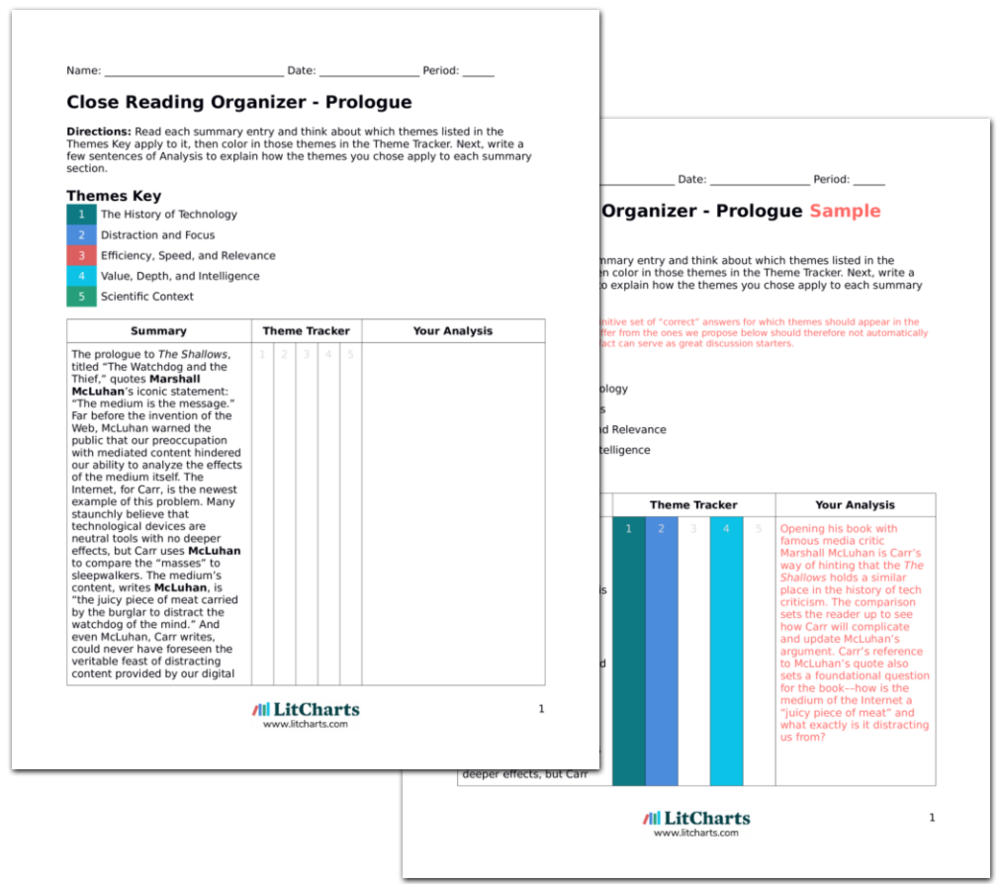