The story’s protagonist, Nick, arrives at his friend Bill’s cabin. It’s the beginning of fall, and an early fall storm is starting to blow in. Nick picks a Wagner apple and puts it in the pocket of his Mackinaw coat. The pair sit down by the fire and drink whisky. Bill notices that Nick isn’t wearing socks, and he fetches some, warning Nick not to dent the fire grate with his big feet.

The boys talk first about baseball, discussing the current season, including the trade of Heine Zim to the Giants. Soon the conversation switches to focus on activities that both boys love: reading, fishing, and drinking. They talk about new books they are reading as they refill their glasses several times. They toast to their favorite writers, including Chesterton and Walpole, and agree that if the writers were here they would take them fishing.

Both boys are keen to show they can handle their liquor, so they perform practical tasks. Nick fetches a log for the fire, and when he knocks some apricots on the floor he picks them up. He’s proud of himself for being practical. Bill weighs in on which logs Nick should bring, also proud of himself that he’s being practical. Despite their bravado about drinking, both characters are becoming more intoxicated—so intoxicated, in fact, that when Nick walks by a mirror he cannot recognize his own reflection.

Bill switches topics to Nick’s recent breakup with a girl named Marjorie, saying that Nick was wise to call off the relationship. Nick halfheartedly agrees, but sits quietly as Bill goes on to explain that commitments like marriage undermine a man’s freedom. Once a man is married, Bill argues, he has to work all day to support his family, and he has to socialize with his in-laws all the time.

While Bill is talking, the viewpoint of the story shifts to Nick’s internal perspective. Though he hasn’t said anything to Bill, Nick is secretly distraught about losing Marjorie. He dwells on how hard it is to face this loss, comparing the pain of the relationship being over to the violence of the storm outside.

Nick explains to Bill that the breakup felt very sudden, and he’s sorry about it but he felt like he had no choice because of Marjorie’s overbearing mother. Bill agrees and warns Nick not to get involved with Marjorie again.

Suddenly, Nick feels hopeful. He had not thought about this before, and the possibility makes him feel better. He thinks about going into town on Saturday, but says nothing about this to Bill.

Bill is confident that he has advised Nick well to stay away from Marjorie, while Nick’s mood is elevated by the prospect of getting her back. The pair head outside for some shooting, and Nick decides to put off thinking about what he will do for the moment, feeling that the wind blew his worries out of his head. 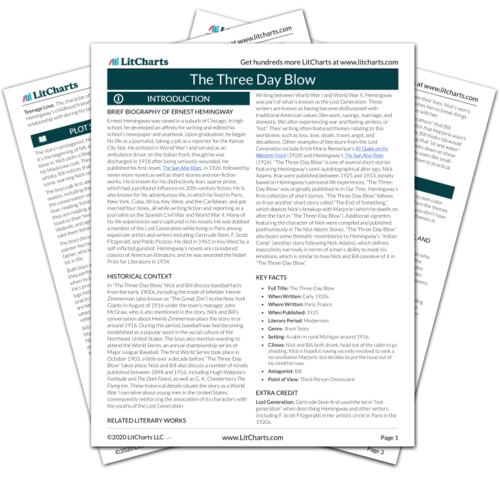 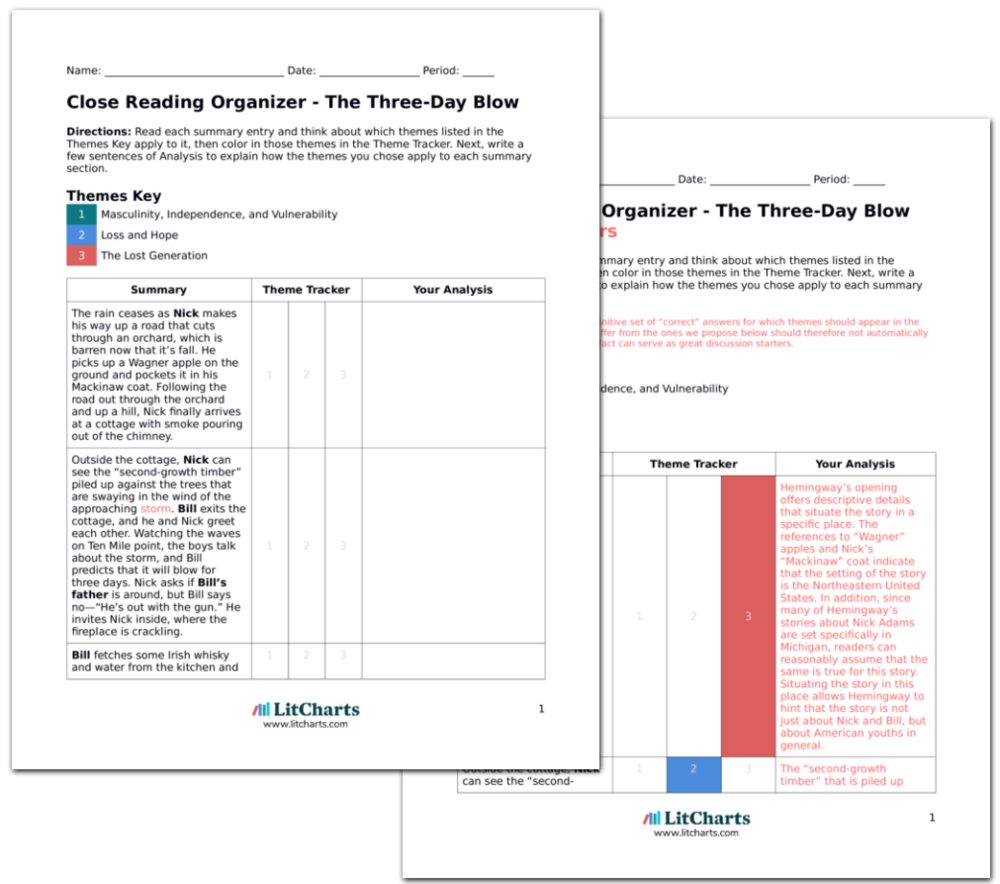