Download this LitChart! (PDF)
Teachers and parents! Struggling with distance learning? Our Teacher Edition on Through the Looking-Glass can help.

Welcome to the LitCharts study guide on Lewis Carroll's Through the Looking-Glass. Created by the original team behind SparkNotes, LitCharts are the world's best literature guides.

Through the Looking-Glass: Introduction

A concise biography of Lewis Carroll plus historical and literary context for Through the Looking-Glass.

Through the Looking-Glass: Plot Summary

A quick-reference summary: Through the Looking-Glass on a single page.

Through the Looking-Glass: Detailed Summary & Analysis

In-depth summary and analysis of every chapter of Through the Looking-Glass. Visual theme-tracking, too.

Through the Looking-Glass: Themes

Explanations, analysis, and visualizations of Through the Looking-Glass's themes.

Through the Looking-Glass: Quotes

Through the Looking-Glass's important quotes, sortable by theme, character, or chapter.

Through the Looking-Glass: Characters

Description, analysis, and timelines for Through the Looking-Glass's characters.

Through the Looking-Glass: Symbols

Explanations of Through the Looking-Glass's symbols, and tracking of where they appear.

Through the Looking-Glass: Theme Wheel

An interactive data visualization of Through the Looking-Glass's plot and themes.

Charles Dodgson was the third child in his family. His father was a very conservative cleric for the Church of England who, though mathematically gifted and on the path to success, married his first cousin and became a country parson instead. Young Dodgson was bright and precocious; he supposedly read Pilgrim's Progress at age seven. He did experience a stutter that followed him throughout his life. He received a degree in mathematics from Christ Church at Oxford, where he'd remain employed in various capacities for much of his life. As the sub-librarian there, he met four-year-old Alice Liddell and her family. Though many believe that Alice Liddell is the titular Alice and was Dodgson's muse, Dodgson denied this later in life. The three Alice books became Dodgson's most famous works, even though he also published a number of books on mathematics and politics. He never married, but his surviving diaries and letters suggest that he had several romantic relationships, including, possibly, with Alice Liddell's older sister and her governess. Dodgson was also an avid photographer and often photographed young girls, something that, while normal by Victorian standards, has fueled questions about his sexual preferences in the years since his death in 1898. As Lewis Carroll, Dodgson is credited with creating the genre of nonsense literature and heralding the beginning of the "Golden Age" of children's literature.
Get the entire Through the Looking-Glass LitChart as a printable PDF.
"My students can't get enough of your charts and their results have gone through the roof." -Graham S.
Download 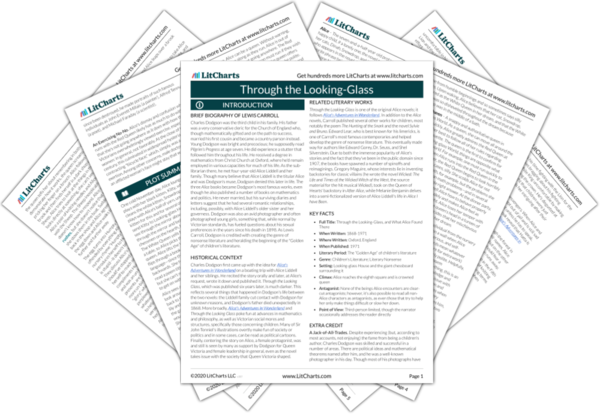 Historical Context of Through the Looking-Glass

Charles Dodgson first came up with the idea for Alice's Adventures in Wonderland on a boating trip with Alice Liddell and her siblings. He recited the story orally and later, at Alice's request, wrote it down and published it. Through the Looking Glass, which was published six years later, is much darker. This reflects several things that happened in Dodgson's life between the two novels: the Liddell family cut contact with Dodgson for unknown reasons, and Dodgson's father died unexpectedly in 1868. More broadly, Alice's Adventures in Wonderland and Through the Looking Glass poke fun at advances in mathematics and philosophy, as well as Victorian social mores and structures, specifically those concerning children. Many of Sir John Tenniel's illustrations overtly make fun of society or politics and in some cases, can be read as political cartoons. Finally, centering the story on Alice, a female protagonist, was and still is seen by many as support by Dodgson for Queen Victoria and female leadership in general, even as the novel takes issue with the society that Queen Victoria shaped.

Other Books Related to Through the Looking-Glass

Through the Looking-Glass is one of the original Alice novels; it follows Alice's Adventures in Wonderland. In addition to the Alice novels, Carroll published several other works for children, most notably the poem The Hunting of the Snark and the novel Sylvie and Bruno. Edward Lear, who is best known for his limericks, is one of Carroll's most famous contemporaries and helped develop the genre of nonsense literature. This eventually made way for authors like Edward Gorey, Dr. Seuss, and Shel Silverstein. Due to both the immense popularity of Alice's stories and the fact that they've been in the public domain since 1907, the books have spawned a number of spinoffs and reimaginings. Gregory Maguire, whose interests lie in inventing backstories for classic villains (he wrote the novel Wicked: The Life and Times of the Wicked Witch of the West, the source material for the hit musical Wicked), took on the Queen of Hearts' backstory in After Alice, while Melanie Benjamin delves into a semi-fictionalized version of Alice Liddell's life in Alice I have Been.
Key Facts about Through the Looking-Glass

Extra Credit for Through the Looking-Glass

A Jack-of-All-Trades. Despite experiencing (but, according to most accounts, not enjoying) the fame from being a children's author, Charles Dodgson was skilled and successful in a number of areas. There are political ideas and mathematical theorems named after him, and he was a well-known photographer in his day. Though most of his photographs have since been destroyed, he made portraits of such famous individuals as John Everett Millais (a painter), Alfred Tennyson (a poet), and Michael Faraday (a scientist).

An Exercising No-No. Alice's dismay and confusion when she runs with the Red Queen likely has as much to do with the fact that she's not going anywhere as it does with how the Victorians overwhelmingly viewed exercise, especially for women: in general, not favorably. At the close of the 19th century, this culminated in widespread hysteria over women contracting "bicycle face," which, simply, was a face red from exertion. Among other concerns, male doctors were afraid that an afflicted woman's face might stay that way. 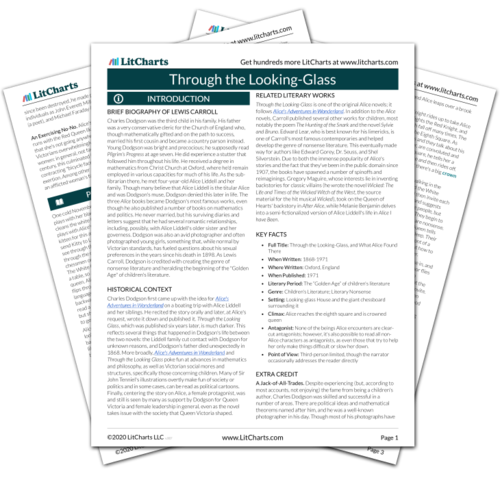 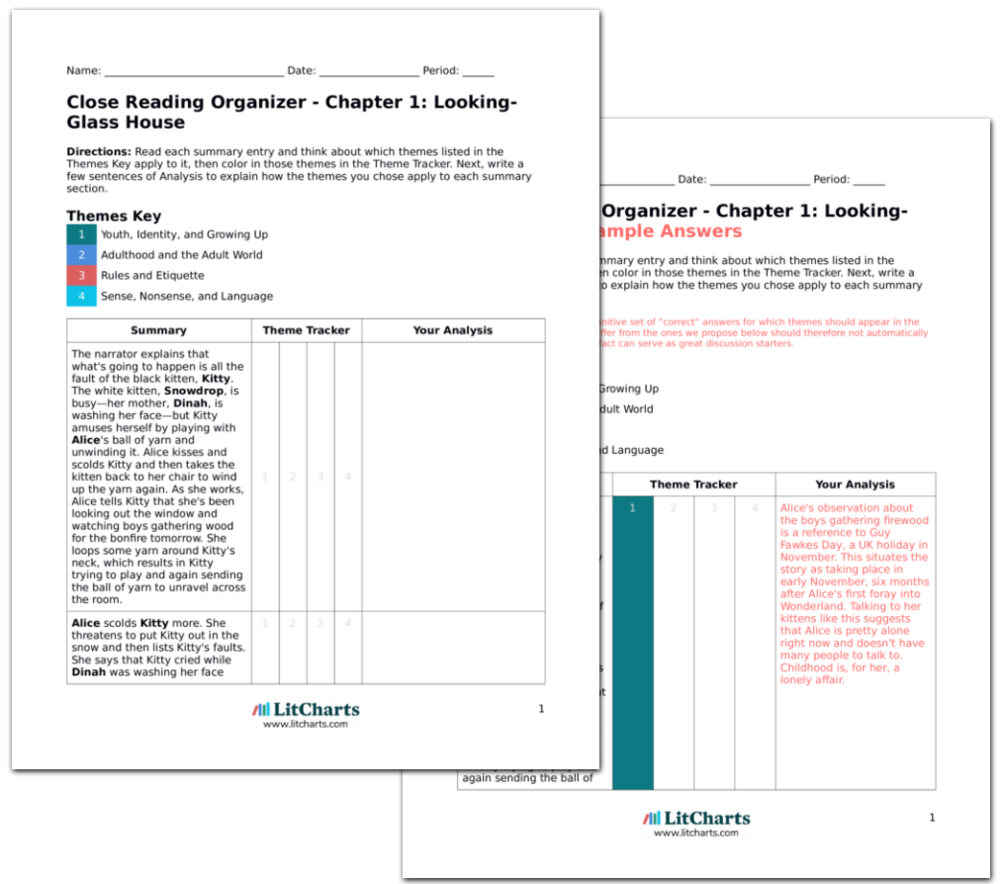