In “Waiting,” the narrator flips through magazines in a hospital waiting room. She’s about to have an ultrasound, which she knows will confirm that her pregnancy is lost. A magazine horoscope tells her that things will align when she least expects it, and in another magazine, a celebrity begs for privacy. The narrator thinks that if the celebrity really wants to be forgotten, then they should trade places.

The narrator hopes that today she will be assigned the hospital’s only female ultrasound tech. During previous miscarriages, she has been given the male techs, whose bedside manner is cold and detached. They refuse to meet her eyes while they do the ultrasounds, and even when she asks if the baby is still alive, they refuse to tell her outright. At one previous appointment, though, the narrator had the female tech, who was honest that she couldn’t find the heartbeat, touched the narrator’s leg, and let her have some privacy to collect herself. This might be why the narrator hasn’t seen the woman at the hospital in a while—maybe she took too long with her patients and got fired.

The narrator is sure that the ultrasound won’t find a heartbeat today. Last Tuesday, when she hit 10 weeks, she noticed that her pregnancy symptoms had disappeared, which made her feel that her heart was a shallow dish of water threatening to spill over. Knowing that her husband Pete has enough to worry about already, she didn’t tell him about her pregnancy, her suspicion that it is lost, or about today’s appointment. She doesn’t know exactly what Pete has been feeling about her repeated miscarriages, but she knows that it has been hard for him. His latest hardship is that the wheat he planted 10 weeks ago is dying. The narrator often sees him in the field, trying to decide when to give up and let the cows eat it.

Last March, the narrator made it all the way to 14 weeks before she miscarried and ended up in the hospital. As she lay in the hospital bed, they announced that visiting hours were over, and Pete hesitated. The narrator closed her eyes, bracing for him to say something. Instead, he undressed and climbed into bed with her, showing her that he truly understands her grief. That night, she woke up to him rubbing her arm in his sleep.

When the narrator talks to her doctor later, she’ll decide not to have an inpatient procedure. Instead, she’ll take “the natural course” and miscarry on her own time. She has done the “natural course” many times now, and it’s devastating; it carves “erosion gullies” through her and Pete and pulls the rug from under them. She’s still trying to make it make sense.

A male tech calls her name, and as she walks to the exam room, the narrator imagines Pete deciding to give up on the wheat and let the cows eat it. She knows how badly he wants a baby and she knows she can’t give it to him. Her heavy dish of water feels like it’s tipping as she sees Pete wipe his face and prepare to feed the wheat to the cows. 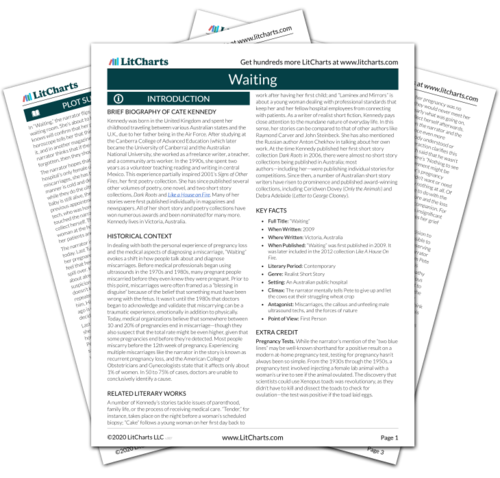 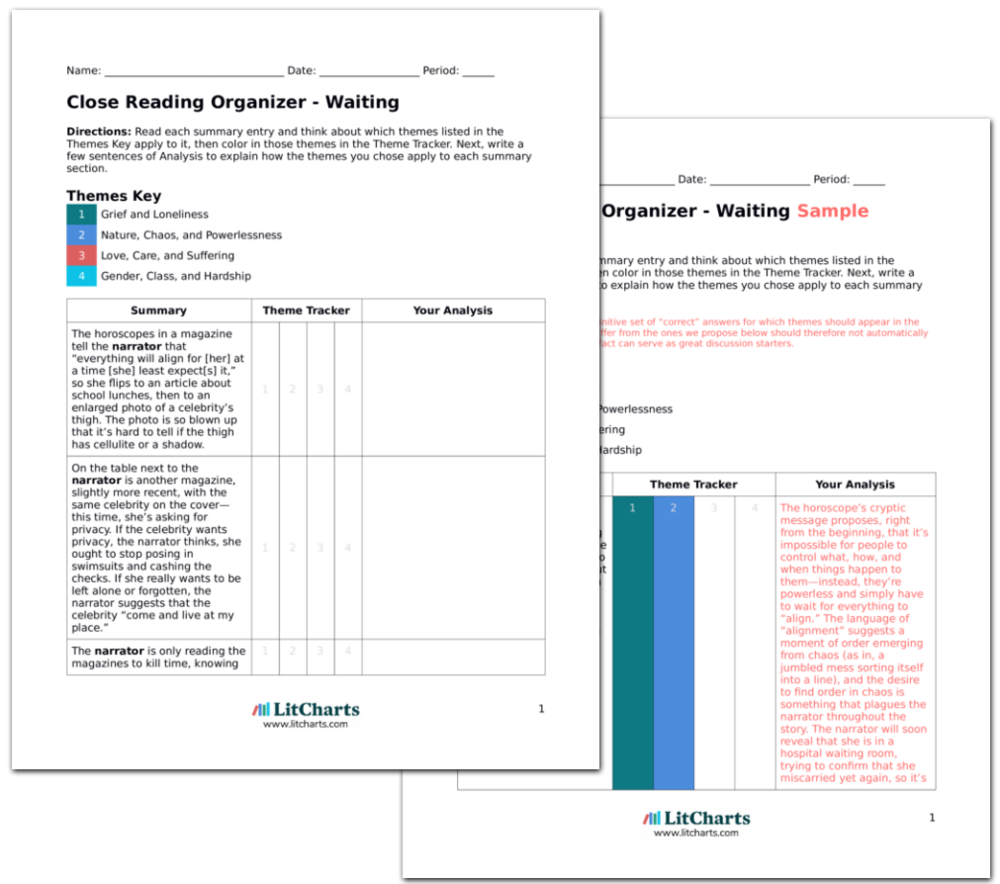