Download this LitChart! (PDF)
Teachers and parents! Struggling with distance learning? Our Teacher Edition on Washington Square can help.

Dr. Austin Sloper, a socially prominent widower, a clever man, and a skilled physician, flourishes in New York City in the 1840s. Some years ago, Dr. Sloper had lost his beloved wife, Catherine Harrington Sloper, and a little boy; he is left with his disappointing daughter, Catherine Sloper, who is plain, modest, and obedient. His sister, Lavinia Penniman, a foolish, romantic widow, also lives with them.

When Catherine is 21, she meets Morris Townsend at her cousin Marian’s engagement party. She thinks the smooth-talking Morris is the most handsome man she has ever seen. Before long, Morris begins to court Catherine. Dr. Sloper learns that Morris, about 30, squandered a small inheritance abroad and is now supported by his widowed sister. He invites Morris to dinner and quickly decides that he is “not a gentleman” and therefore unacceptable as a suitor for Catherine. He further suspects that Morris has “mercenary” motives and is primarily interested in Catherine’s inheritance, not Catherine herself.

Morris and Catherine get engaged, and Dr. Sloper is displeased, though he responds gently to Catherine at first. When Morris visits the next day, Dr. Sloper says that he “abominates” him as a potential son-in-law, given his lack of means and prospects. Catherine continues to write to Morris, despite her father’s disapproval, and she even tries to reason with Dr. Sloper about Morris’s character; however, he is immoveable in his opinion and even amused by Catherine’s unwonted display of independence.

Dr. Sloper takes Catherine to Europe for a year in hopes of distracting her from Morris. In their absence, Aunt Penniman adopts Morris as a surrogate son and pampers him in the Sloper house. Halfway through the European tour, during a walk in the Alps, Dr. Sloper coldly confronts Catherine for her failure to break things off with Morris. In the bravest moment of her life so far, Catherine stands her ground. From now on, she is disillusioned of her deep admiration and loyalty to her father.

After Catherine returns to Washington Square, everyone notices her growth in confidence—with the exception of Morris, who now decides, in light of Dr. Sloper’s stubbornness, to break the engagement. Catherine, devastated, finally sees through Morris and is also furious with Aunt Penniman for meddling in their courtship all along.

In later years, Catherine has other opportunities to marry, but she prefers to remain an “old maid,” devoting herself to charity and being a confidant for younger women. Nevertheless, Dr. Sloper never trusts that she and Morris might not yet marry, and he reduces her inheritance in his will before he dies. Aunt Penniman orchestrates one last meeting between Catherine and the much aged Morris, but Catherine, though forgiving, steadfastly refuses to be friends with the man who hurt her so irreparably. She resumes her contentedly unmarried life at Washington Square. 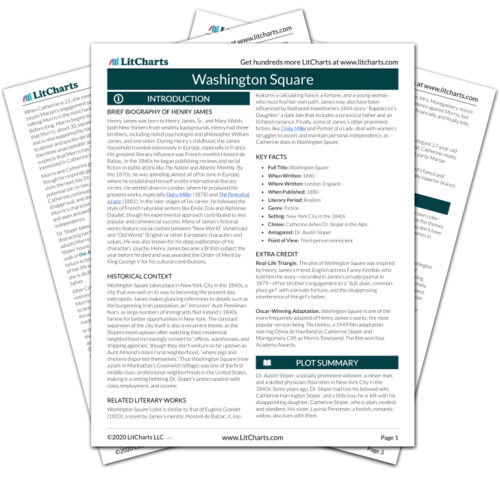 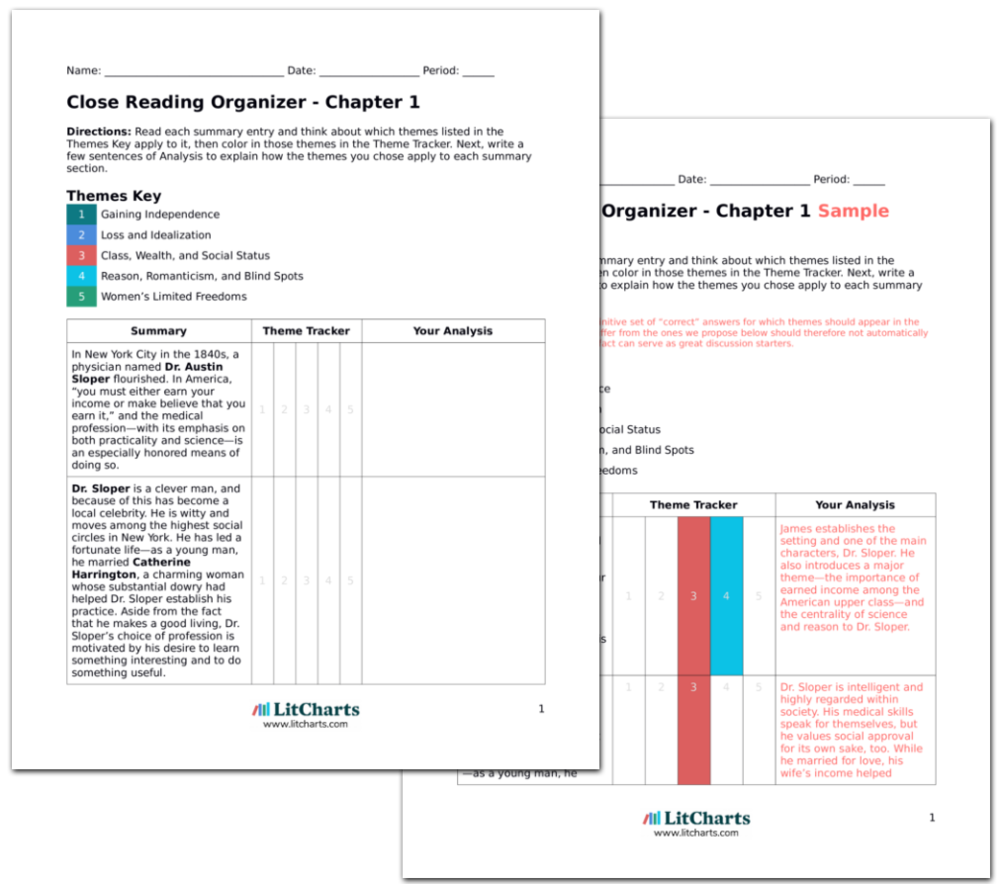