Get LitCharts A+
LitCharts assigns a color and icon to each theme in When I Was Puerto Rican, which you can use to track the themes throughout the work.

Negi's interest in and interpretation of love and relationships changes over the course of the memoir. As a child, Negi believes that her parents' relationship is normal; she's raised to believe that all men are indiscriminately sexual and therefore have affairs. However, as Mami and Papi's relationship grows more fraught as a result of Papi's continued infidelity, Negi begins to escape the unpleasantness of watching her parents fight by daydreaming about fantasy boyfriends and lovers. She finds herself caught between the extremes of her family and her fantasies, and because of this, she struggles to form her own understanding of what love is and what makes a good or bad relationship.

As a child, Negi is attuned to the ups and downs of her parents' relationship. Though oftentimes Papi lives with the family and there seems to be genuine warmth between him and Mami, at other times their days are marked by verbally violent fighting and days-long absences in which Papi is assumed to be with another woman. This creates a situation in which there's certainly love between Papi and the rest of his family, but his love is wholly unreliable. Though Mami's love for her children often turns to physical violence or verbal abuse, she does the work that Papi won't: she genuinely cares for the wellbeing of her children and makes sure that they're fed, clothed, and attending school on a regular basis.

As Negi enters puberty and Mami and Papi's relationship worsens and grows more verbally violent, Negi escapes into a fantasy world influenced by the overwhelmingly romantic jíbara music and soap opera programs she hears on the radio, as well as romance novels. These media representations introduce Negi to the possibility that two people can speak to each other kindly and "touch each other gently," something she sees very little of between her parents growing up. As a preteen, the radio introduces her to "Armandos" and "Ricardos," Prince Charming figures who sweep women off their feet and whisper kind, loving words to their girlfriends. In Negi's imagination, the Armando or Ricardo du jour is not a sinverguënza, and she craves a relationship of her own with a real version of the fictional Armando or Ricardo.

In contrast to these idealized romances, Negi also learns that it's possible for a woman to be jamona, which translates to "spinster." Though Papi insists that Negi will never become jamona, Negi later decides that being alone must be better than crying over men who are expected to disappoint the women in their lives. Though When I Was Puerto Rican comes to no clear conclusions about true love or what makes a truly good and healthy relationship, Negi's adolescent daydreams suggest that she does at the very least aspire to a relationship that's more loving and reliable than what she witnessed of her parents' relationship. Further, her realization that being jamona is better than being abused suggests that Negi realizes the only person she can rely on to love her, care for her, and never leave her is herself. 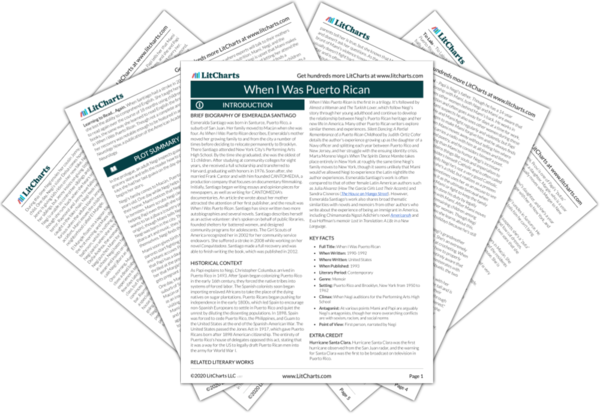 Romantic Love and Relationships Quotes in When I Was Puerto Rican

Below you will find the important quotes in When I Was Puerto Rican related to the theme of Romantic Love and Relationships.
2. Fighting Naked Quotes

3. Someone is Coming to Take Your Lap Quotes

In Santurce a jíbara was something no one wanted to be. I walked to and from school by myself, watching the jíbara girl with eyes cast down...

Unlock with LitCharts A+
5. Why Women Remain Jamona Quotes

"What do they call a man who never marries?" I asked as we settled ourselves in the front of the publico.
"Lucky," the driver said, and the rest of the passengers laughed, which made me mad, because it felt as if he were insulting me in the worst possible way.

Each man who did a double take or pledged to love her forever, to take her home with him, to give his life for her, took her away from me. She had become public property—no longer the mother of seven children, but a woman desired by many.

The women suffered. Frequently they were orphaned, brought up by nuns or stepmothers who made them do all the housework. In spite of this, they were cheerful and optimistic, never doubting that if they were pure of heart, life would eventually get better.

I called up the images of Armando or Ricardo, and with Mami and Papi's shrill fights as background, I imagined a man and woman touching one another gently, discovering beauty in a stubbled cheek or a curl of hair, whispering adoring words into each other's ear, warming one another's bodies with love. 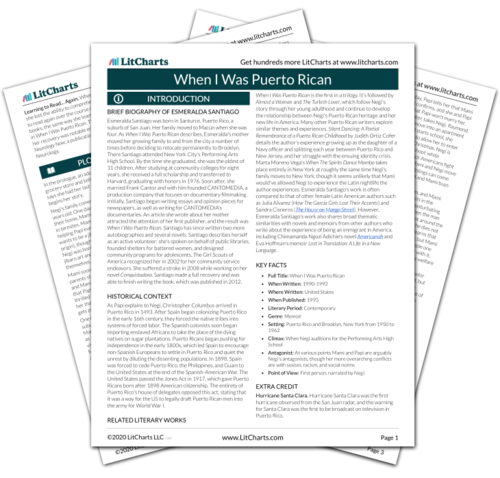 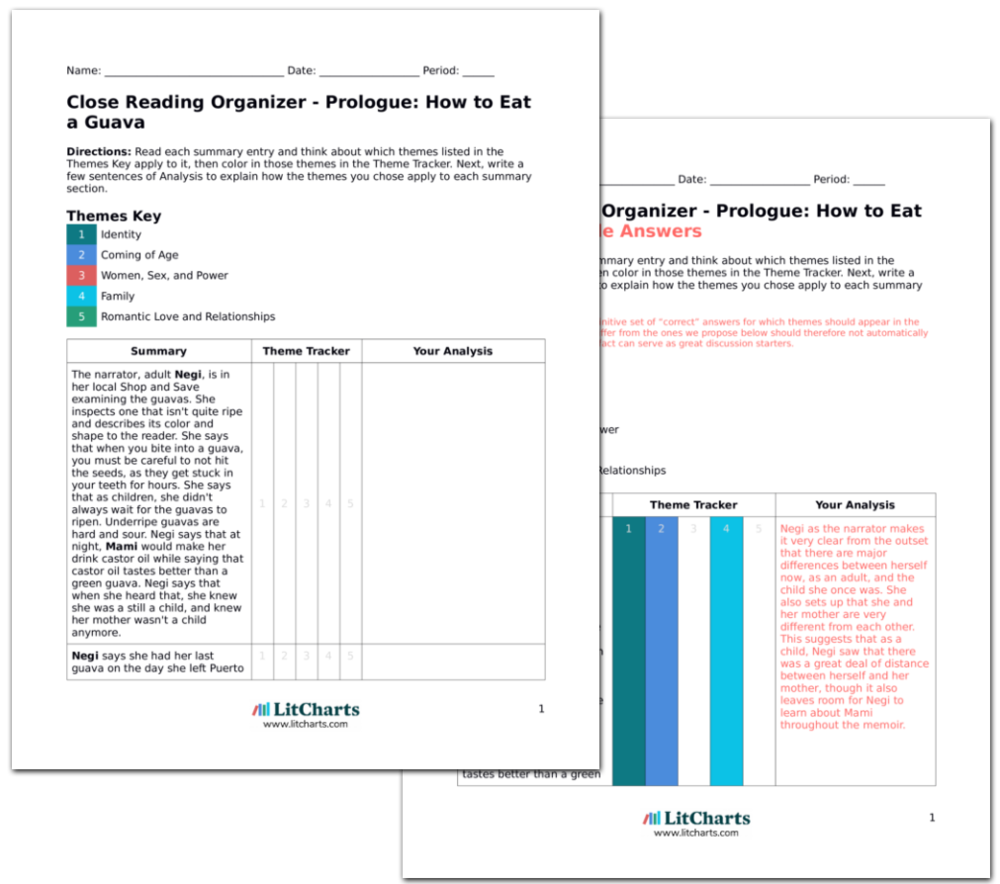