Get LitCharts A+
Michael Brown was the 18-year-old Black man killed by police officer Darren Wilson in Ferguson, Missouri in August 2014. Michael was shot several times for an unknown reason while standing in the street and then left there, bleeding, for four and a half hours. His death inspired a mass Black-led uprising in Ferguson that Patrisse joined as part of a national Freedom Ride to Ferguson she coordinated with Alicia, Opal, and Darnell. Patrisse considers Michael’s death the start of the American Movement Against Black Lives.

Michael (Mike) Brown Quotes in When They Call You a Terrorist

The When They Call You a Terrorist quotes below are all either spoken by Michael (Mike) Brown or refer to Michael (Mike) Brown. For each quote, you can also see the other characters and themes related to it (each theme is indicated by its own dot and icon, like this one:

). Note: all page numbers and citation info for the quotes below refer to the St. Martin's Griffin edition of When They Call You a Terrorist published in 2020.
Chapter 14 Quotes

At some point, sisters begin to talk about how unseen they have felt, how the media has focused on men but it has been them, the sisters, who were there. They were there in overwhelming numbers—just as they were during the Civil Rights Movement. Women, all women, Transwomen, are roughly 80 percent of the people who are standing down the face of terror in Ferguson, saying We are the caretakers of this community. 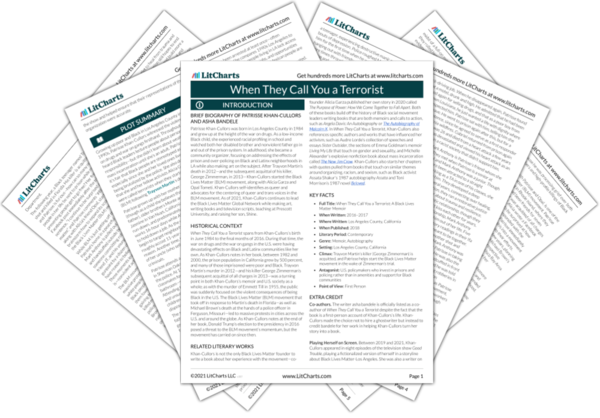 The timeline below shows where the character Michael (Mike) Brown appears in When They Call You a Terrorist. The colored dots and icons indicate which themes are associated with that appearance.

...this particular incident of police brutality against her brothers after hearing about the murders of Michael Brown and Freddie Grey, two unarmed young Black men killed by police in Ferguson, Missouri and... (full context)

...be shocked when police use tear gas and tanks against people protesting the death of Michael Brown in Ferguson. The federal government has provided these weapons to local police departments for decades.... (full context)

...9, 2014, the American Movement Against Black Lives begins with the police killing of 18-year-old Michael Brown in Ferguson, Missouri. Darren Wilson chases this unarmed Black man for an unknown reason and... (full context)

Ferguson had been plagued by anti-Black racism long before Mike Brown was killed. Ferguson has 21,000 residents, most of whom are poor and Black, and police... (full context) 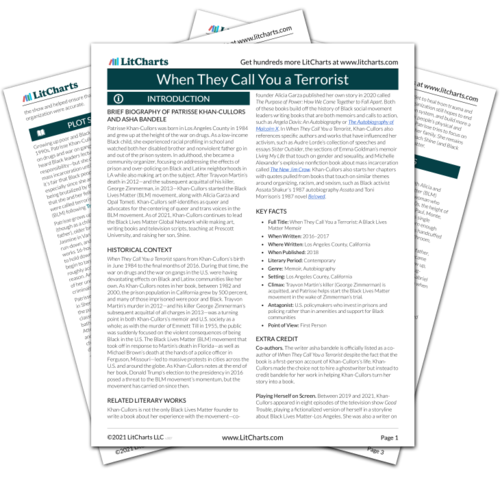 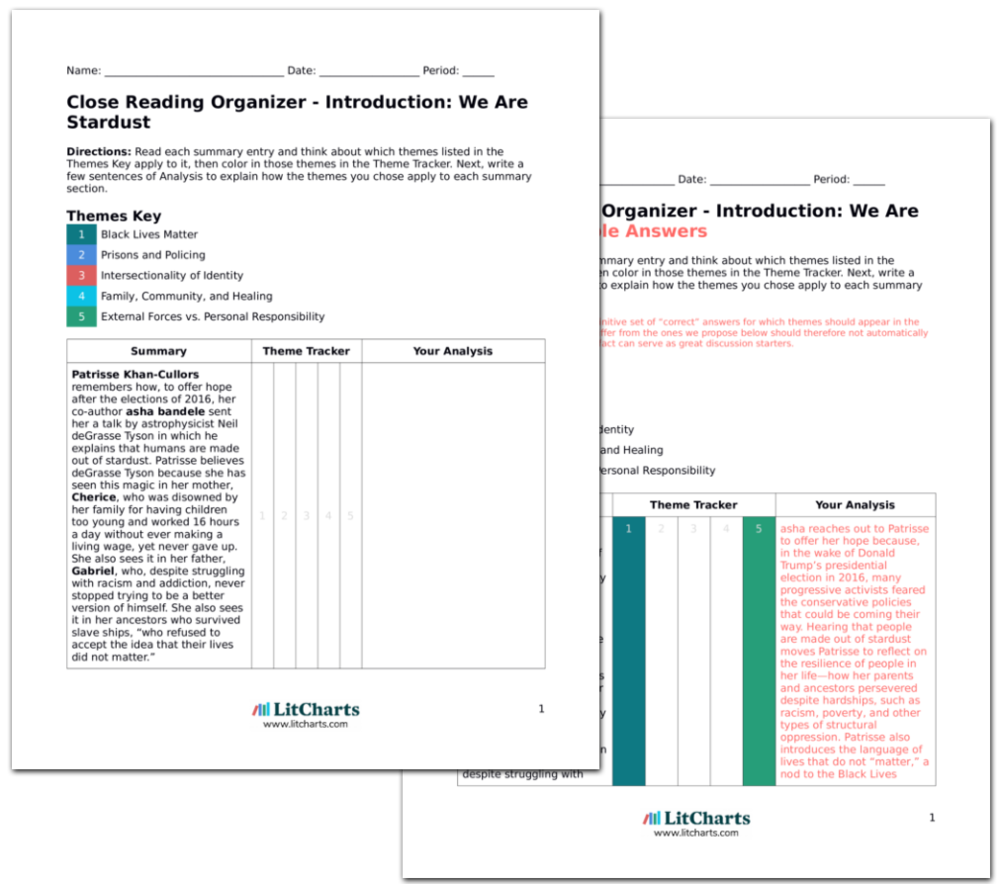