Download this LitChart! (PDF)
Teachers and parents! Struggling with distance learning? Our Teacher Edition on White Fragility can help.

Welcome to the LitCharts study guide on Robin DiAngelo's White Fragility. Created by the original team behind SparkNotes, LitCharts are the world's best literature guides.

A concise biography of Robin DiAngelo plus historical and literary context for White Fragility.

A quick-reference summary: White Fragility on a single page.

In-depth summary and analysis of every chapter of White Fragility. Visual theme-tracking, too.

Explanations of White Fragility's symbols, and tracking of where they appear.

An interactive data visualization of White Fragility's plot and themes.

DiAngelo was born into a white working-class family in San Jose, California. Her parents divorced when she was two years old, and her family subsequently fell into poverty. Her mother died when DiAngelo was 10 years old, after which time she and her sisters went to live with their father. DiAngelo then earned a B.A. in Sociology and History from Seattle University in 1991, followed by a Ph.D. in multicultural education from the University of Washington in 2004. Since then, DiAngelo has published numerous academic articles and books on race, privilege, and education. Her first book, co-written with Ozlem Sensoy, is called Is Everyone Really Equal? in 2017. In 2018, she wrote White Fragility, which became a New York Times bestseller. DiAngelo has also worked in providing diversity training for businesses for 20 years. Currently, DiAngelo is an Affiliate Associate Professor of Education at the University of Washington, Seattle.
Get the entire White Fragility LitChart as a printable PDF.
"My students can't get enough of your charts and their results have gone through the roof." -Graham S.
Download 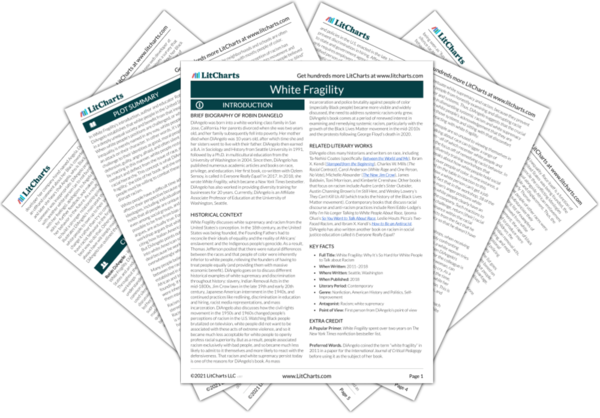 White Fragility discusses white supremacy and racism from the United States’s conception. In the 18th century, as the United States was being founded, the Founding Fathers had to reconcile their ideals of equality and the reality of Africans’ enslavement and the Indigenous people’s genocide. As a result, Thomas Jefferson posited that there were natural differences between the races and that people of color were inherently inferior to white people, relieving the founders of having to treat people equally (and providing them with massive economic benefit). DiAngelo goes on to discuss different historical examples of white supremacy and discrimination throughout history: slavery, Indian Removal Acts in the mid-1800s, Jim Crow laws in the late 19th and early 20th century, Japanese American internment in the 1940s, and continued practices like redlining, discrimination in education and hiring, racist media representations, and mass incarceration. DiAngelo also discusses how the civil rights movement in the 1950s and 1960s changed people’s perceptions of racism in the U.S. Watching Black people brutalized on television, white people did not want to be associated with these acts of extreme violence, and so it became much less acceptable for white people to openly profess racial superiority. But as a result, people associated racism exclusively with bad people, and so became much less likely to admit to it themselves and more likely to react with the defensiveness. That racism and white supremacy persist today is one of the reasons for DiAngelo’s book. As mass incarceration and police brutality against people of color (especially Black people) became more visible and widely discussed, the need to address systemic racism only grew. DiAngelo’s book comes at a period of renewed interest in examining and remedying systemic racism, particularly with the growth of the Black Lives Matter movement in the mid-2010s and the protests following George Floyd’s death in 2020.

Other Books Related to White Fragility

DiAngelo cites many historians and writers on race, including Ta-Nehisi Coates (specifically Between the World and Me), Ibram X. Kendi (Stamped from the Beginning), Charles W. Mills (The Racial Contract), Carol Anderson (White Rage and One Person, No Vote), Michelle Alexander (The New Jim Crow), James Baldwin, Toni Morrison, and Kimberlé Crenshaw. Other books that focus on racism include Audre Lorde’s Sister Outsider, Austin Channing Brown’s I’m Still Here, and Wesley Lowery’s They Can’t Kill Us All (which tracks the history of the Black Lives Matter movement). Contemporary books that discuss racial discourse and anti-racism practices include Reni Eddo-Lodge’s Why I’m No Longer Talking to White People About Race, Ijeoma Oluo’s So You Want to Talk About Race, Leslie Houts Picca’s Two-Faced Racism, and Ibram X. Kendi’s How to Be an Antiracist. DiAngelo has also written another book on racism in social justice education called Is Everyone Really Equal?
Key Facts about White Fragility

Preferred Words. DiAngelo coined the term “white fragility” in 2011 in a paper for the International Journal of Critical Pedagogy before using it as the subject of her book. 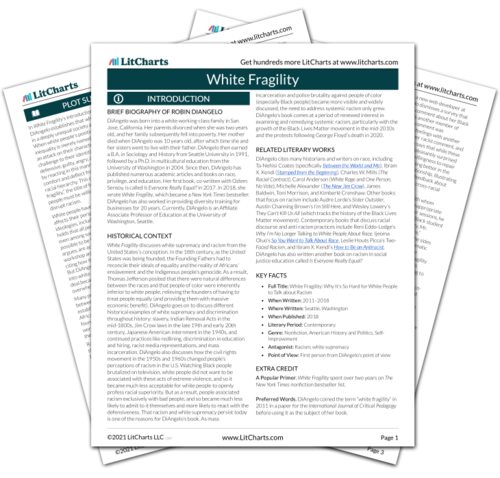 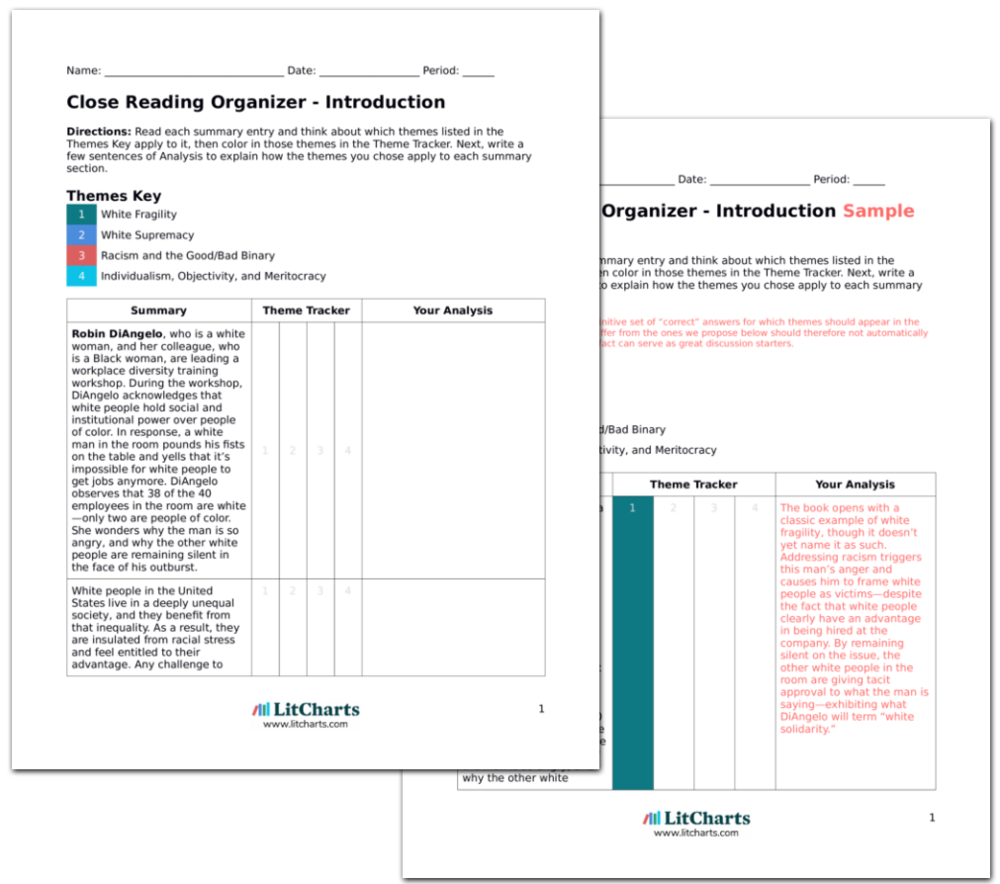