The freedom songs that Dr. King and his fellow activists sang during the Birmingham campaign symbolized both the sense of hope and the resiliency that the civil rights movement adopted in its push for racial equality. Throughout Why We Can’t Wait, Dr. King says several times that these songs helped him and others in the movement remain hopeful in the face of extreme adversity. For instance, when white supremacists bombed his brother’s home, Dr. King spoke to him on the phone and, though the atmosphere was obviously stressful and frightening, he heard people singing “We Shall Overcome” in the background of the phone call. Hearing the song, Dr. King took heart in the fact that, “in a moment of such tragedy,” Black Americans were still able to act “with hope and with faith.” Freedom songs were particularly well-aligned with Dr. King’s values because many of them originated from church hymns and other spiritual songs, thus tapping into Dr. King’s Christian worldview and his tendency to call on his religious faith in times of hardship. What’s more, freedom songs were historically sung by enslaved Black Americans while they worked in the fields. In the same way that these songs gave enslaved people a small sliver of hopefulness, then, they uplifted Black activists in the 1950s and 1960s, thus representing the power and importance of such hopefulness in moments of great hardship.

Freedom Songs Quotes in Why We Can’t Wait

The Why We Can’t Wait quotes below all refer to the symbol of Freedom Songs. For each quote, you can also see the other characters and themes related to it (each theme is indicated by its own dot and icon, like this one:

). Note: all page numbers and citation info for the quotes below refer to the Signet edition of Why We Can’t Wait published in 2000.
Chapter 4 Quotes

In a sense the freedom songs are the soul of the movement. They are more than just incantations of clever phrases designed to invigorate a campaign; they are as old as the history of the Negro in America. They are adaptations of the songs the slaves sang—the sorrow songs, the shouts for joy, the battle hymns and the anthems of our movement. […] We sing the freedom songs today for the same reason the slaves sang them, because we too are in bondage and the songs add hope to our determination that “We shall overcome, Black and white together, We shall overcome someday.” 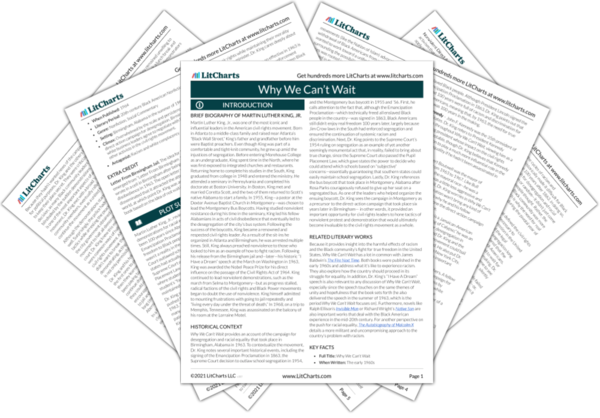 Freedom Songs Symbol Timeline in Why We Can’t Wait

The timeline below shows where the symbol Freedom Songs appears in Why We Can’t Wait. The colored dots and icons indicate which themes are associated with that appearance. 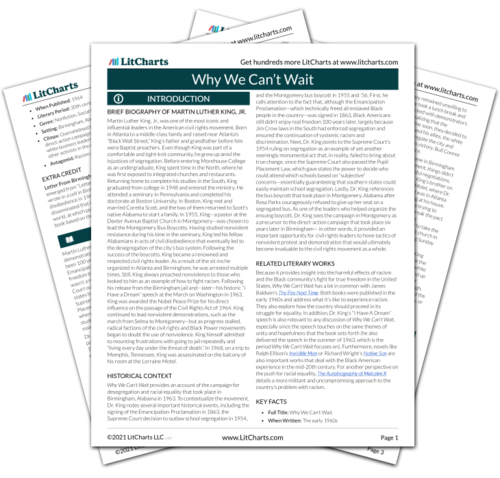 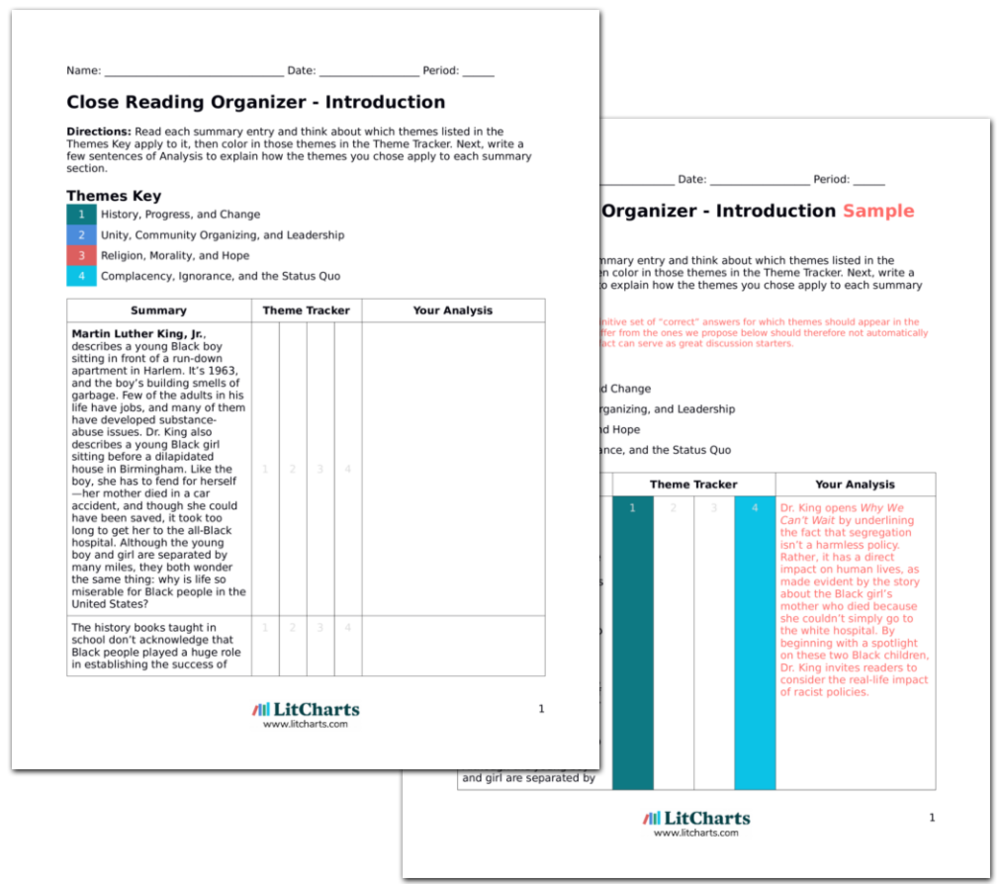