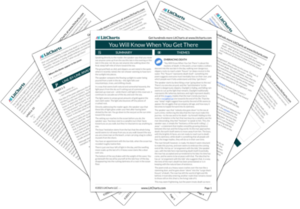 The New Zealand poet Allen Curnow published “You Will Know When You Get There” in 1982, including it in his collection of the same name. In the poem, a person walks down a steep slope into the ocean as daylight fades. Using this descent as a metaphor for what it's like to approach death, the poem examines the inevitability of death and the fact that everyone, in the end, dies alone. At the same time, the poem hints that there may be a “right time” to die and that, in doing so, one becomes part of a larger, mysterious universe. 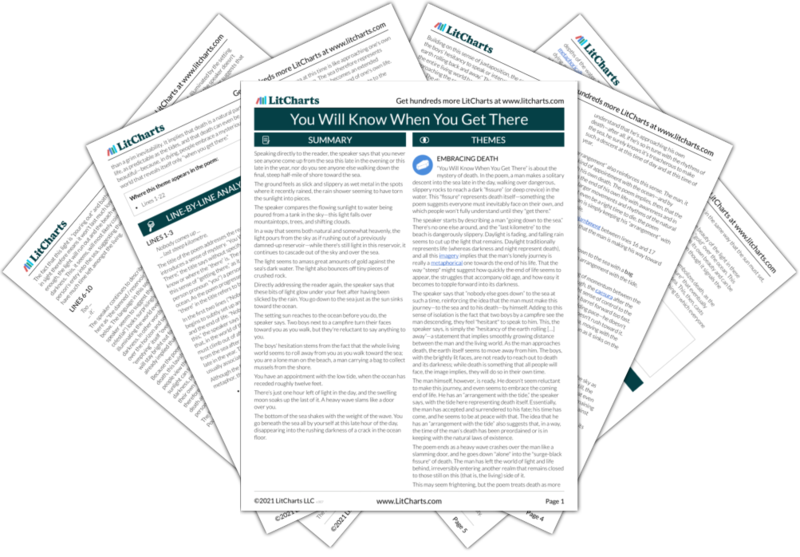 Get the entire guide to “You Will Know When You Get There” as a printable PDF.
Download

The Full Text of “You Will Know When You Get There”

The Full Text of “You Will Know When You Get There”

1Nobody comes up from the sea as late as this

2in the day and the season, and nobody else goes down

3the last steep kilometre, wet-metalled where

4a shower passed shredding the light which keeps

5pouring out of its tank in the sky, through summits,

6trees, vapours thickening and thinning. Too

7credibly by half celestial, the dammed

8reservoir up there keeps emptying while the light lasts

9over the sea where ‘it gathers the gold against

10it’. The light is bits of crushed rock randomly

11glinting underfoot, wetted by the short

12shower, and down you go and so in its way does

13the sun which gets there first. Boys, two of them,

15is a hesitancy of the earth rolling back and away

16behind this man going down to the sea with a bag

17to pick mussels, having an arrangement with the tide,

18the ocean to be shallowed three point seven meters,

19one hour’s light to be left, and there’s the excrescent

20moon sponging off the last of it. A door

21slams, a heavy wave, a door, the sea-floor shudders.

22Down you go alone, so late, into the surge-black fissure.