Get LitCharts A+
LitCharts assigns a color and icon to each theme in B. Wordsworth, which you can use to track the themes throughout the work.

“B. Wordsworth” demonstrates the power of friendship to transcend arbitrary differences that might otherwise keep people apart. By most accounts, the young boy and B. Wordsworth have very little in common. B. Wordsworth is much older than the boy, and he speaks in a completely different style—a style that is reminiscent of a well-educated, upper-middle-class British man. The boy, on the other hand, speaks in the common dialect of Trinidad and Tobago. And yet, they get along quite well, clearly enjoying each other’s company and presumably finding it rewarding to see the world through each other’s eyes. In particular, B. Wordsworth teaches the boy to embrace a sense of wonder as he moves through life, and this sensibility makes the boy suddenly feel “big and great,” as if his entire way of moving through the world has changed for the better. Furthermore, part of their friendship’s dynamic has to do with the fact that B. Wordsworth is considerably older than the boy, meaning that their life experiences are undoubtedly different; after all, B. Wordsworth has experienced much more than the boy. And yet, for all of these differences, nothing stands in the way of their connection. To the contrary, their bond is perhaps fueled by the fact that they each bring something different to the table. In turn, it becomes clear that their friendship is based on mutual feelings and compatible—or complementary—worldviews rather than on superficial identifiers related to age or class. By outlining this dynamic, the story implies that sometimes the most unconventional and unlikely relationships can prove to be the most meaningful, as long as people forge connections that are unencumbered by arbitrary social norms and expectations surrounding friendship.

The ThemeTracker below shows where, and to what degree, the theme of Unconventional Friendship appears in each chapter of B. Wordsworth. Click or tap on any chapter to read its Summary & Analysis.
How often theme appears:
chapter length:
Chapter
B. Wordsworth
.
Get the entire B. Wordsworth LitChart as a printable PDF.
"My students can't get enough of your charts and their results have gone through the roof." -Graham S.
Download 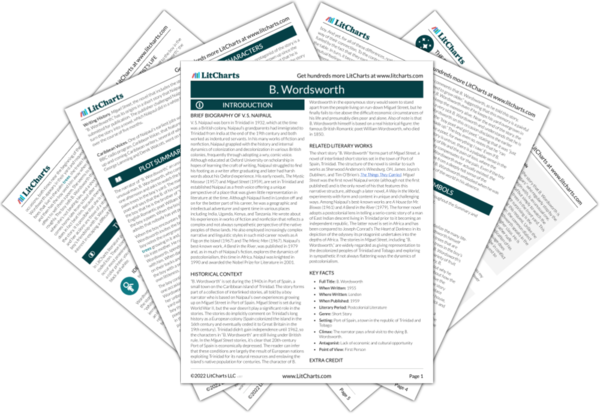 Unconventional Friendship Quotes in B. Wordsworth

Below you will find the important quotes in B. Wordsworth related to the theme of Unconventional Friendship.
B. Wordsworth Quotes

B. Wordsworth said, ‘Now, let us lie on the grass and look up at the sky, and I want you to think how far those stars are from us.’

I did as he told me, and I saw what he meant. I felt like nothing, and at the same time I had never felt so big and great in all my life. I forgot all my anger and all my tears and all the blows.

Our walks continued. We walked along the sea-wall at Docksite one day, and I said, ‘Mr. Wordsworth, if I drop this pin in the water, you think it will float?’

He said, ‘This is a strange world. Drop your pin, and let us see what will happen.’

He said, ‘Good. Well, listen. That story I told you about the boy poet and the girl poet, do you remember that? That wasn’t true. It was something I just made up. All this talk about poetry and the greatest poem in the world, that wasn’t true, either. Isn’t that the funniest thing you have heard?’ 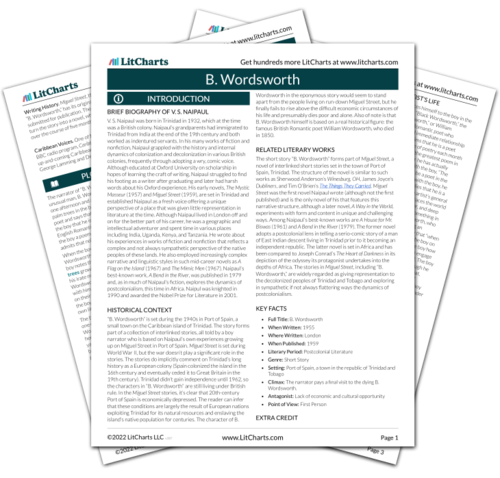 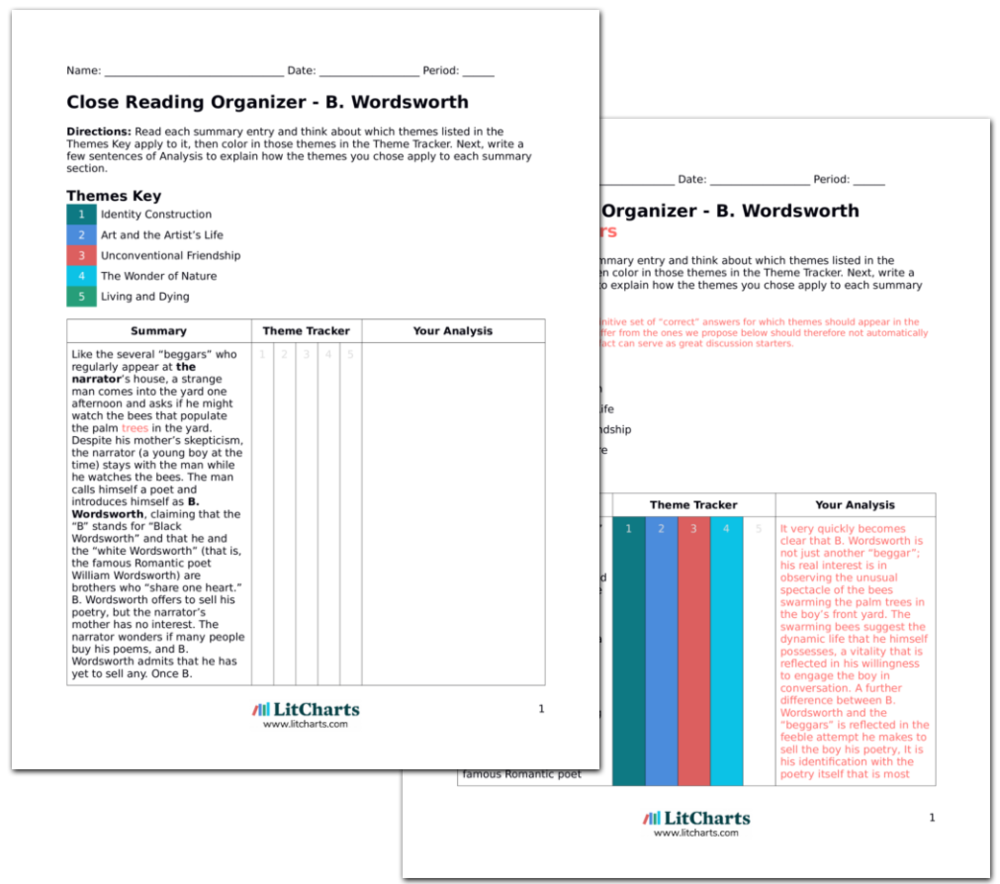