Download this LitChart! (PDF)
Teachers and parents! Struggling with distance learning? Our Teacher Edition on Goodbye, Columbus can help.

Welcome to the LitCharts study guide on Philip Roth's Goodbye, Columbus. Created by the original team behind SparkNotes, LitCharts are the world's best literature guides.

A concise biography of Philip Roth plus historical and literary context for Goodbye, Columbus.

A quick-reference summary: Goodbye, Columbus on a single page.

In-depth summary and analysis of every chapter of Goodbye, Columbus. Visual theme-tracking, too.

Explanations of Goodbye, Columbus's symbols, and tracking of where they appear.

An interactive data visualization of Goodbye, Columbus's plot and themes.

Philip Roth was born and raised in Newark, New Jersey, in a Jewish family. His parents, Bess and Herman Roth, were second generation Americans whose families immigrated from what is now Ukraine. Roth graduated from Weequahic High School in 1950 before attending Rutgers University for a year. Afterwards, he transferred to Bucknell University, graduating magna cum laude and Phi Beta Kappa. He then earned an M.A. in English from the University of Chicago in 1955 and briefly worked as an instructor at the university’s writing program. Roth enlisted in the army, but he was medically discharged after injuring his back. He went on to teach at the University of Iowa, Princeton, and the University of Pennsylvania. Roth published his first novella, Goodbye, Columbus, in 1959, along with several short stories, which immediately garnered acclaim, winning the national book award in 1960. Roth’s first full length novel, Letting Go, was then published in 1962. Roth rose to even more prominence and success with his fourth novel, Portnoy’s Complaint, which was controversial for its explicit sexual content. Roth’s body of work is often semi-autobiographical and often involves themes surrounding Jewish identity, though Roth considered himself an atheist. Roth has written 26 novels in addition to non-fiction works and short story collections. Some of his most prominent novels include The Plot Against America (2004), American Pastoral (1997), The Ghost Writer (1979), and The Anatomy Lesson (1983). Roth’s awards include a Pulitzer Prize for American Pastoral, three PEN/Faulkner Awards (the first author to achieve this feat), the National Humanities Medal by President Barack Obama in 2011, and the Man Booker International Prize for lifetime achievement in 2011. In his personal life, Roth married Margaret Martinson in 1956 and separated from her in 1963. Roth then married Claire Bloom in 1990 after they had been living together since 1976; in 1994 they divorced. Roth died in Manhattan in May 2018 and was buried at the Bard College Cemetery.
Get the entire Goodbye, Columbus LitChart as a printable PDF.
"My students can't get enough of your charts and their results have gone through the roof." -Graham S.
Download 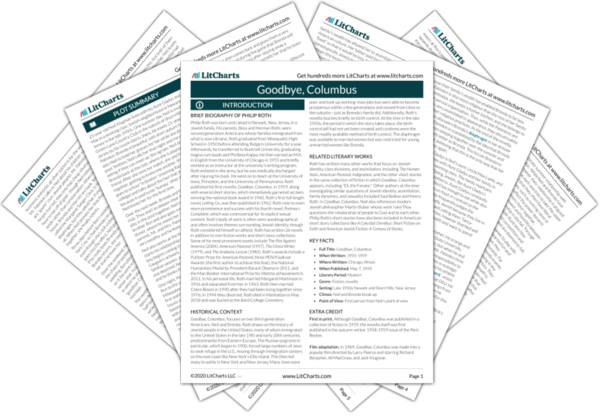 Goodbye, Columbus, focuses on two third-generation Americans, Neil and Brenda. Roth draws on the history of Jewish people in the United States, many of whom immigrated to the United States in the late 19th and early 20th centuries, predominantly from Eastern Europe. The Russian pogroms in particular, which began in 1900, forced large numbers of Jews to seek refuge in the U.S., moving through immigration centers on the east coast like New York’s Ellis Island. This then led many to settle in New York and New Jersey. Many Jews were poor and took up working-class jobs but were able to become prosperous within a few generations and moved from cities to the suburbs—just as Brenda’s family did. Additionally, Roth’s novella touches briefly on birth control. At the time in the late 1950s, the period in which the story takes place, the birth control pill had not yet been created and condoms were the most readily available method of birth control. The diaphragm was available to married women but was restricted for young, unmarried women like Brenda.

Other Books Related to Goodbye, Columbus

Roth has written many other works that focus on Jewish identity, class divisions, and assimilation, including The Human Stain, American Pastoral, Indignation, and the other short stories in the same collection of fiction in which Goodbye, Columbus appears, including “Eli, the Fanatic.” Other authors at the time investigating similar questions of Jewish identity, assimilation, family dynamics, and sexuality included Saul Bellow and Henry Roth. In Goodbye, Columbus, Neil also references modern Jewish philosopher Martin Buber whose work I and Thou questions the relationship of people to God and to each other. Philip Roth’s short stories have also been included in American short story collections like A Celestial Omnibus: Short Fiction on Faith and American Jewish Fiction: A Century of Stories.
Key Facts about Goodbye, Columbus

First in print. Although Goodbye, Columbus was published in a collection of fiction in 1959, the novella itself was first published in the autumn-winter 1958-1959 issue of the Paris Review.

Film adaptation. In 1969, Goodbye, Columbus was made into a popular film directed by Larry Peerce and starring Richard Benjamin, Ali MacGraw, and Jack Klugman. 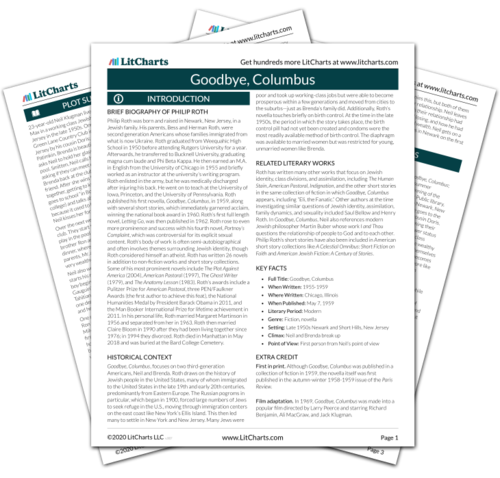 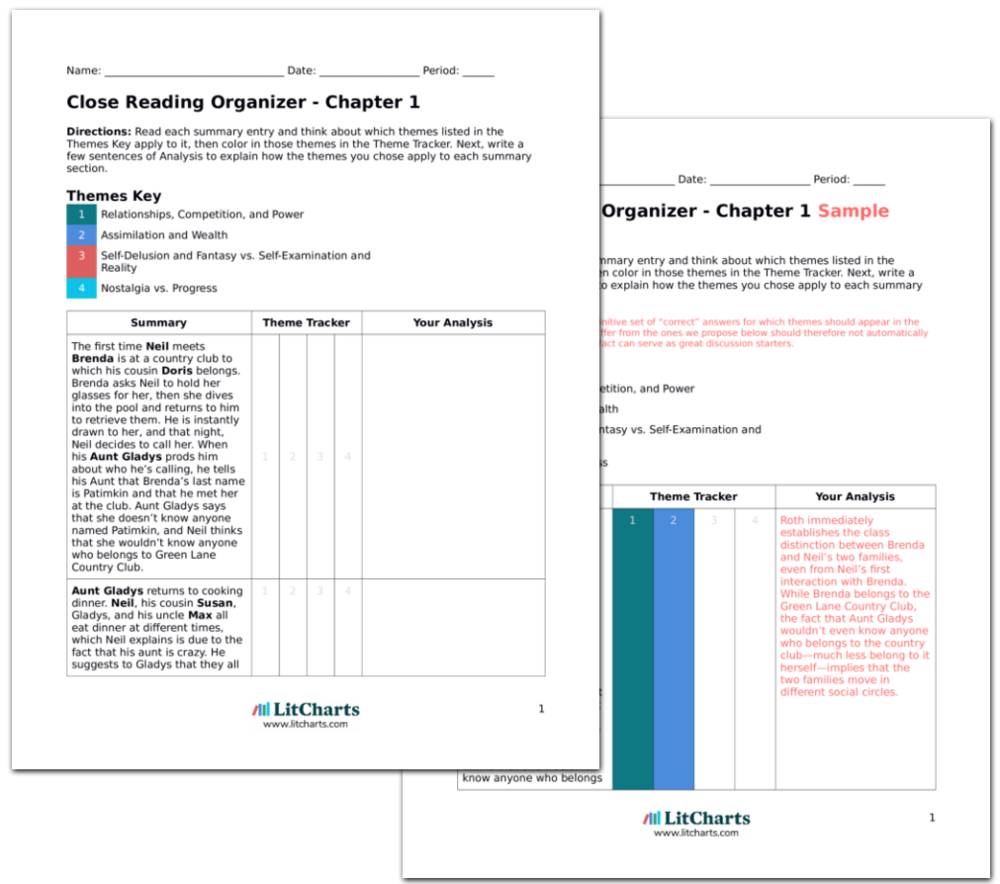