When Carla initially runs away from her family, she seeks a life away from their expectations so that she can live as she pleases. Her affluent mother and stepfather want her to go to college, but all Carla wants is to live and work among nature and animals. Though she initially agrees to go to college to be a veterinarian, her parents’ expectations repel her. When they express their dislike of Clark due to his lower social status, “they were practically guaranteeing [that she run away with him].” But although she has abandoned her original plan in the hopes of establishing an “authentic” life, Carla doesn’t end up finding what she’s looking for—or what she thought she was looking for. Carla seems to specifically want to escape what she sees as the confines of upper-class life: “She despised […] their vacations, their Cuisinart, their powder room, their walk-in closets […].” Carla feels that if she does what her parents want, she will be restricted to live the same kind of life that they do. She doesn’t share the values of education and money that they impose on her. She does of course succeed in moving to the countryside to work with horses as she originally wanted, but this doesn’t grant her the fulfillment she hoped it would. In the end, Clark imposes his own expectations and limitations on her, such that she has no independence. It turns out, perhaps, that Carla had misidentified her desire. What she thought was a longing for “authenticity” was really a longing for independence and freedom. But when she left her family, she did it with Clark “as the architect of the life ahead of them, herself as captive.” She goes from living within her parents’ limitations to living within Clark’s. In order to fulfill her desire for independence, Carla would have to take charge of her own path. The story thus suggests that true independence comes from self-reliability—that is, people must be the architects of their own lives and avoid trying to find fulfilment within the confines of what other people want or expect from them.

The ThemeTracker below shows where, and to what degree, the theme of Independence and Freedom appears in each chapter of Runaway. Click or tap on any chapter to read its Summary & Analysis.
How often theme appears:
chapter length:
Chapter
Runaway
Get the entire Runaway LitChart as a printable PDF.
"My students can't get enough of your charts and their results have gone through the roof." -Graham S.
Download 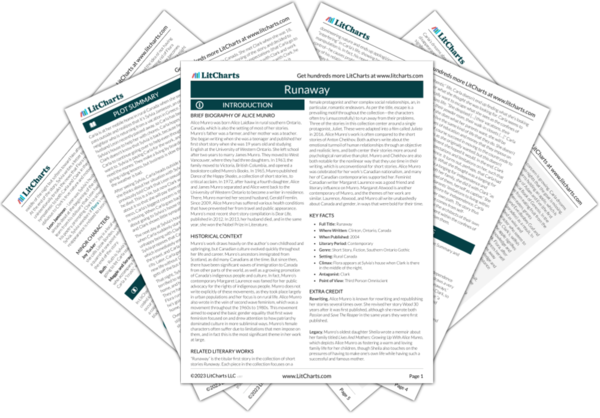 Independence and Freedom Quotes in Runaway

Below you will find the important quotes in Runaway related to the theme of Independence and Freedom.
Runaway Quotes 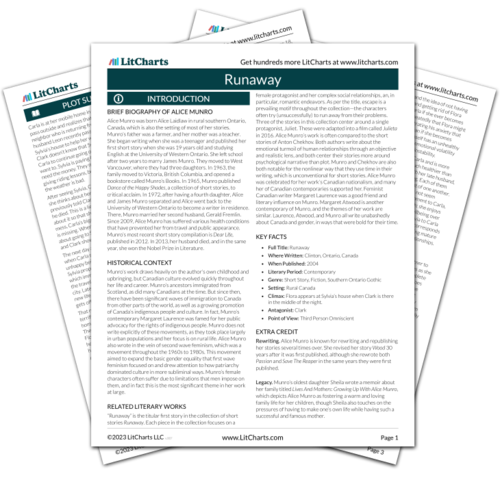 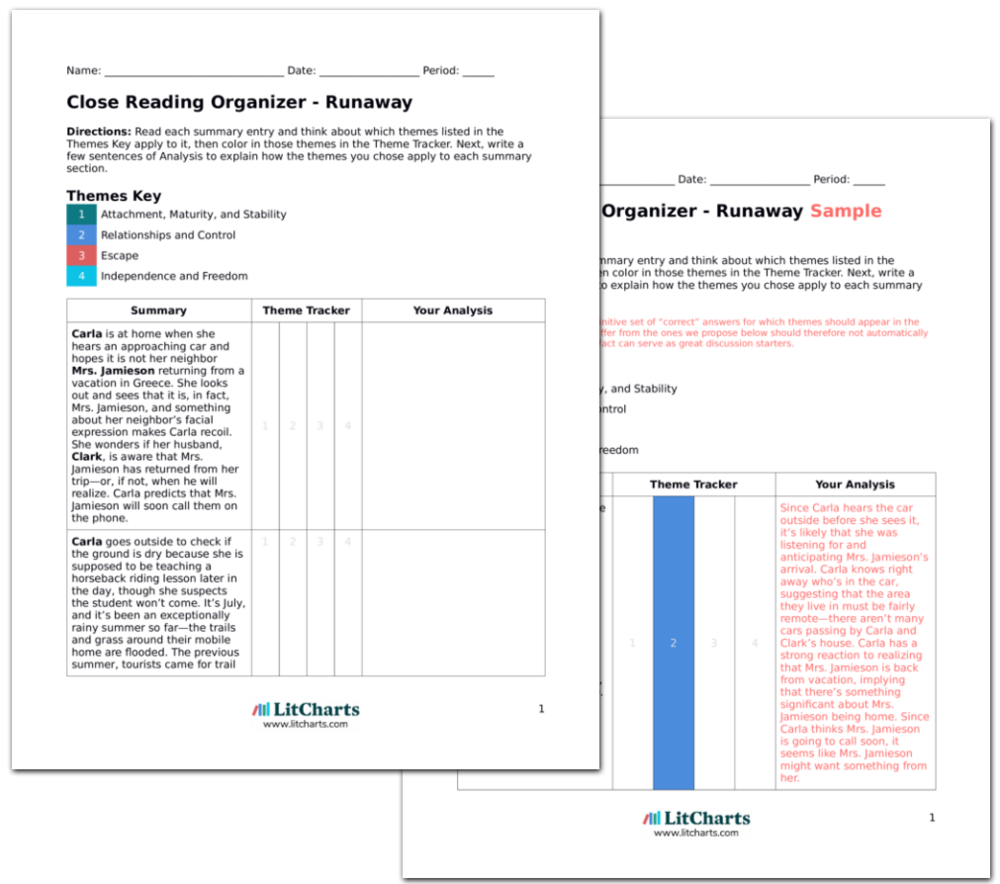