But midway through the story, a violent thunderstorm hits. The wind blows open the windows in the house and lets heavy rain in, so thoroughly terrifying the narrator’s father that he apparently dies of fright. The house’s failure to protect the narrator’s father from his own anxieties reflects the fear and helplessness beneath his tough exterior, suggesting that he was just as fragile as the house proved to be. What the father initially valued as a symbol of his own authority becomes, instead, a symbol of his demise.

Get the entire The Enemy LitChart as a printable PDF.
"My students can't get enough of your charts and their results have gone through the roof." -Graham S.
Download 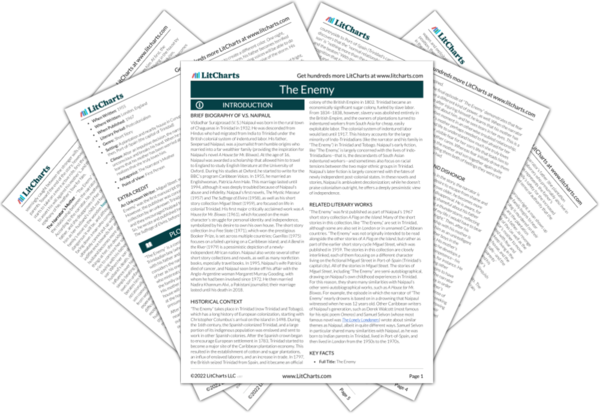 The House Symbol Timeline in The Enemy

The timeline below shows where the symbol The House appears in The Enemy. The colored dots and icons indicate which themes are associated with that appearance.

...of the sugar plantation, but then his father insists on moving to a nearby wooden house. His mother is afraid and tells him to live in the house by himself, but... (full context)

After they move to the house, the “trouble really start[s].” One day, a man comes to the house and asks the... (full context)

...for them to come outside. In the morning, they hear footsteps walking away from the house. Every night they lock themselves up to try to protect themselves from the voices. (full context)

...The narrator’s mother starts to beg his father to let them move out of the house. But his father refuses, as if he “didn’t really care what happened to him or... (full context) 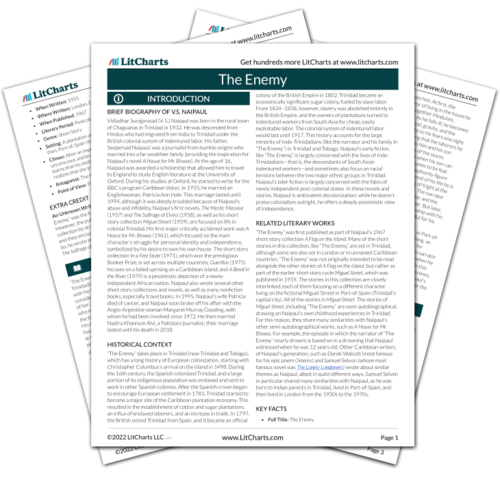 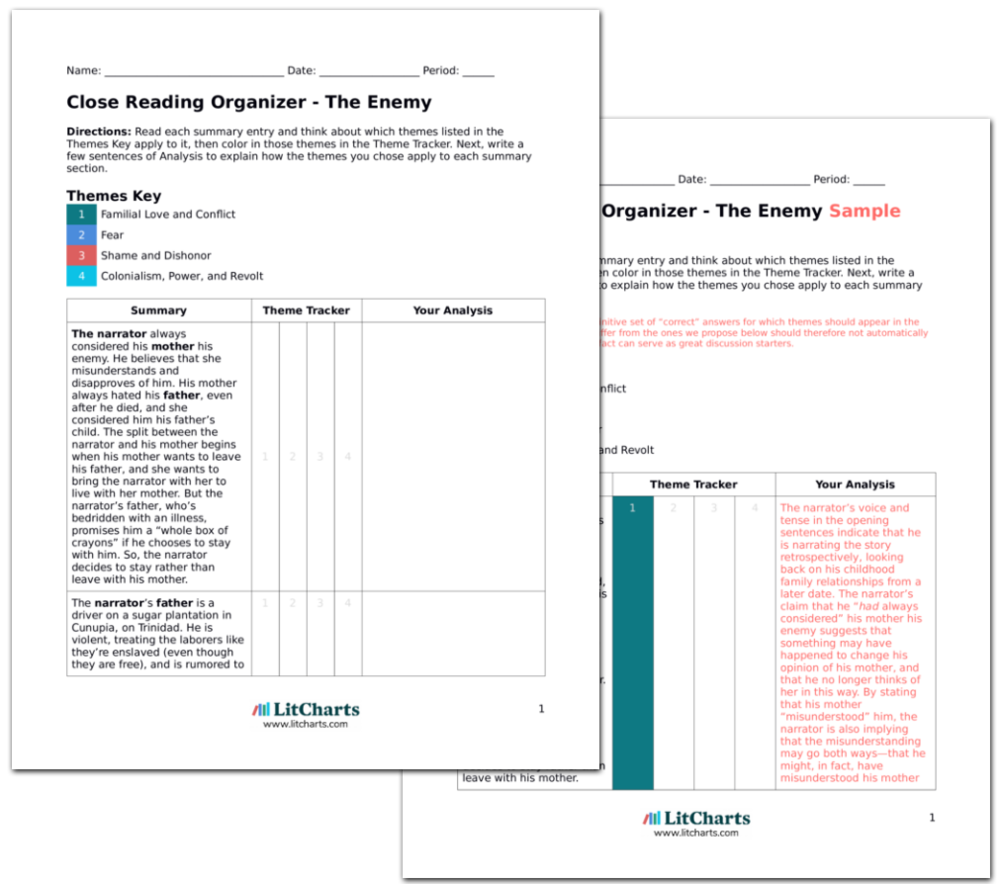