Get LitCharts A+
LitCharts assigns a color and icon to each theme in The Republic, which you can use to track the themes throughout the work.

One of the founding principles of the ideal city is that each person should specialize in an occupation that he is specifically suited for. Education encourages specialization and determines each individual's natural aptitudes. Those with talents suitable for a specific craft specialize in that craft. Those with an ability for warfare become warriors, those with the gifts needed to rule are educated as guardians. The very best of the guardians are selected to become philosopher-kings. Each citizen engages only in the occupation he is suited for by nature and training. Plato's emphasis on specialization extends even to the human soul, whose three parts specialize in terms of appetites, emotions, and reason. Since only warriors and guardians are taught to use arms, specialization makes armed rebellion on the part of producers unlikely. Since the guardians are not allowed to own property, they are less likely to become greedy.

The ThemeTracker below shows where, and to what degree, the theme of Specialization appears in each section of The Republic. Click or tap on any chapter to read its Summary & Analysis.
How often theme appears:
section length:
Section
Book 1
1
Book 2
2
Book 3
3
Book 4
4
Book 5
5
Book 6
6
Book 7
7
Book 8
8
Book 9
9
Book 10
10
Get the entire The Republic LitChart as a printable PDF.
"My students can't get enough of your charts and their results have gone through the roof." -Graham S.
Download 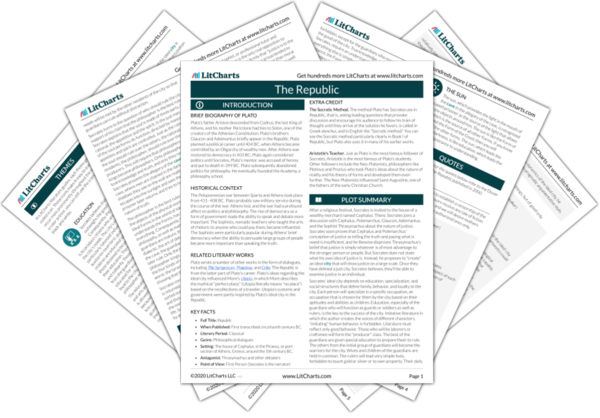 Specialization Quotes in The Republic

Below you will find the important quotes in The Republic related to the theme of Specialization.
Book 2 Quotes
And if so, we must infer that all things are produced more plentifully and easily and of a better quality when one man does one thing which is natural to him, and does it at the right time, and leaves other things.
Related Characters: Socrates (speaker)
Related Symbols: The City
Related Themes: 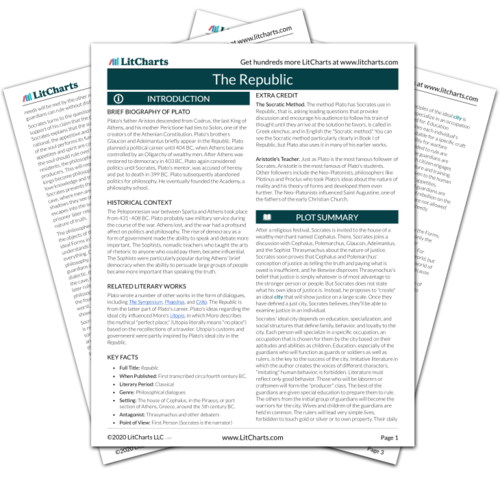 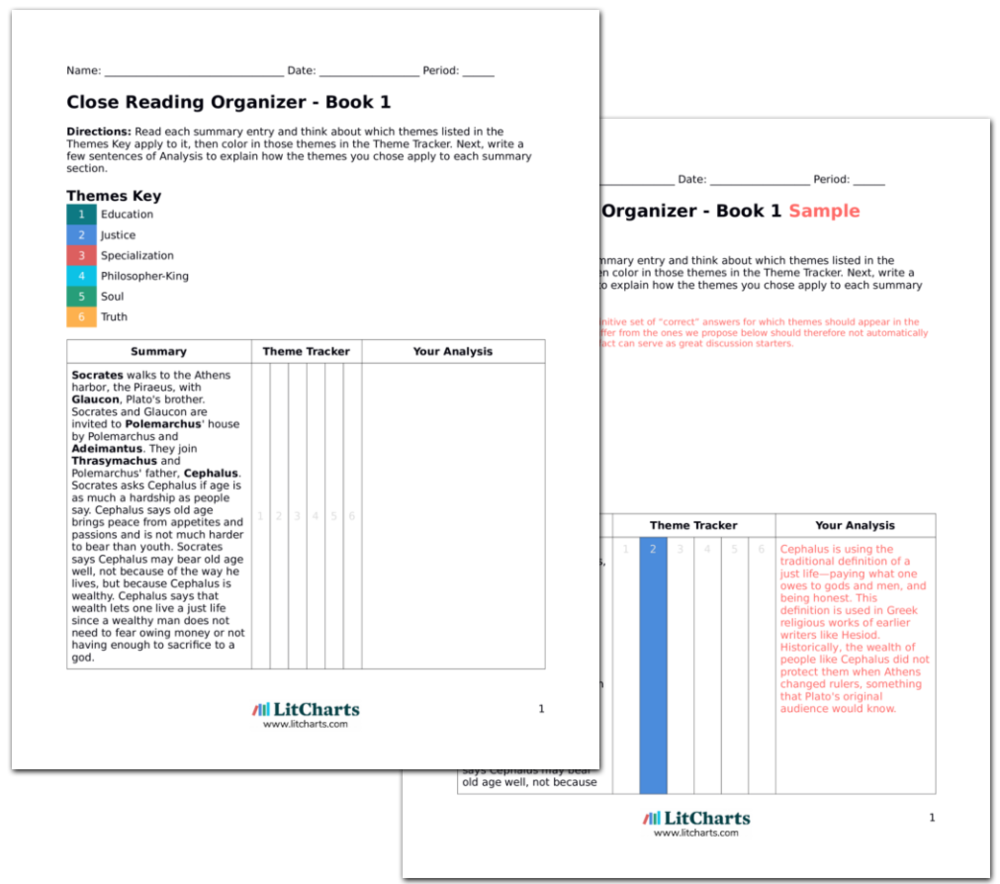