In 1980, a young Newark woman named Jackie Peace gives birth to a baby boy named Robert Peace. The father is a young, intelligent drug dealer named Robert “Skeet” Douglas. Although Jackie loves Skeet, she doesn’t want to marry him, since she’s afraid doing so will lead to arguing, and ultimately drive Skeet out of the house.

Robert grows up in an impoverished household, at a time when crime and drug use in Newark are increasing rapidly. Robert is clearly an intelligent child; however, he becomes adept at hiding his intelligence and acting tough in order to fit in with his peers. Robert clearly worships his father, who teaches him about boxing, sports, and rap, none of which Jackie approves of, since she’s terrified that Robert will be sucked into the world of drug dealing.

When Robert is still a little boy, Skeet is arrested and convicted of killing two women. He protests his guilt, and claims that the criminal justice system was stacked against him. Around the same time, Jackie decides that Robert should attend a private school. She works longer hours to support her child, knowing that he deserves a first-rate education. Robert grows into a smart but moody child, who seems to be concealing a lot of anger and loneliness.

Jackie takes on another job to pay for Robert’s high school education at St. Benedict’s Prep, a famous Newark private school that now caters mostly to black and Latino students from below the poverty line. The headmaster of St. Benedict’s is a young, passionate man named Friar Edwin Leahy, and he comes to admire Robert for his intelligence and leadership abilities. Robert begins playing water polo in high school, and does very well. He also develops close friendships with his classmates, Victor Raymond, Drew Jewison, Curtis Gamble, Julius Starkes, and Tavarus Hester. They’ll remain friends for the rest of Robert’s life.

At the end of high school, Robert is accepted to many elite schools, including Yale University, but concludes that he’ll be unable to afford the tuition. A wealthy St. Benedict’s alumnus, however, offers to pay his tuition, no questions asked. And so, in the fall of 1998, Robert comes to Yale in New Haven, Connecticut, where one of his roommates is Jeff Hobbs—the author of this book.

Jeff hails from a privileged family of Yale alumni, and initially assumes that Robert (who plays water polo and went to private school) does, too. Their other roommates are Dan Murray, from Seattle, and Ty Cantey, a half-black track star. In their first semester at Yale, Robert and Jeff aren’t particularly close. Robert begins spending time with other black students and smoking a lot of marijuana. He complains that the Yale campus is biased against students of color, and also says that many of his classmates are “soft” and spoiled. Robert takes part-time jobs on the Yale campus so that he can send his mother some money. These jobs often lead to uncomfortable confrontations with privileged Yale students. Eventually, Robert begins selling marijuana to his classmates.

Sophomore year, Robert and his roommates continue living together. Jeff and Robert become closer—they have long, late-night conversations about their families and their ambitions for the future, and Jeff learns about Robert’s relationship with his father. While he knows that Skeet is in jail, he has no idea that Robert has been trying to appeal his father’s conviction, and has had his appeals denied. By the end of the year, Robert’s room has become “stoner central.” However, Robert succeeds academically, even though he’s majoring in Molecular Biophysics and Biology, one of the most challenging majors at Yale.

By senior year, Robert has netted $100,000 selling marijuana to his classmates. At graduation, he thanks his mother for loving and supporting him. After graduation, Jeff publishes a book and marries a lovely woman named Rebecca. Before long, he begins to experience all the uncertainties and setbacks of being in his mid-twenties.

Robert goes back to Newark. He talks vaguely about going to graduate school, but doesn’t apply anywhere. He takes a month-long trip to Rio de Janeiro, leaving his money with an old family friend, Carl. When he comes back to Newark, however, he discovers that Carl has stolen his money and spent it all to repay his debts. Frustrated and angry, Robert takes a low-paying job teaching biology at St. Benedict’s Prep. Although he still hangs out with his high school friends, he finds that it’s harder to fit in in his old neighborhood—many people don’t know how to treat him, due to his Yale status.

Robert embarks on a series of poor business projects. He buys a house and claims that he’ll be able to rent it out to tenants, but doesn’t manage to make much money doing so. Some of his old Yale friends tell him to “get the fuck out of Newark” and find a good job, but Robert usually laughs off this advice. One of Robert’s closest Yale friends, Raquel Diaz, is particularly hard him on: she tells him that it’s his own fault if he doesn’t achieve his goals in life, since he’s a graduate of one of the most elite colleges on the planet. Nevertheless, Robert proceeds to deal more marijuana in his old Newark neighborhood. Friends notice that he seems burnt out.

Robert and his high school friends invest in a risky but potentially profitable venture: they buy bad marijuana, and then treat it with butane flames to transform it into high-quality “Sour Diesel.” The project takes months, and Robert does most of the work—however, the friends begin making thousands of dollars a week selling their product. In the meantime, Robert continues to insist that he’s going to apply to graduate schools soon, but never does. Around the same time, Skeet dies in prison of brain cancer.

One night, Curtis and Robert are sitting in Robert’s house when Robert hears a car outside. He opens the door, and two or three men immediately push inside. They drag Robert down to his basement, where he keeps his marijuana. Curtis hears a gunshot, and then sees the men running away from the house. To his horror, Robert has been killed.

At Robert’s funeral, Jeff reunites with many of his old Yale friends. He also sees Robert’s friends from home—some of whom he’s met in college, some of whom he’s meeting for the first time. He realizes that he never really knew who Robert was—beneath his likeable, cocky exterior, Robert harbored some dark secrets. 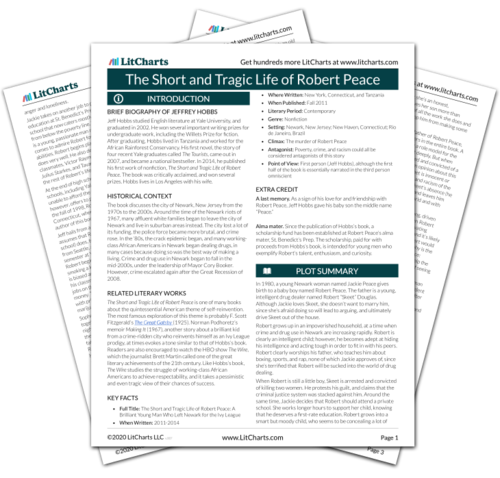 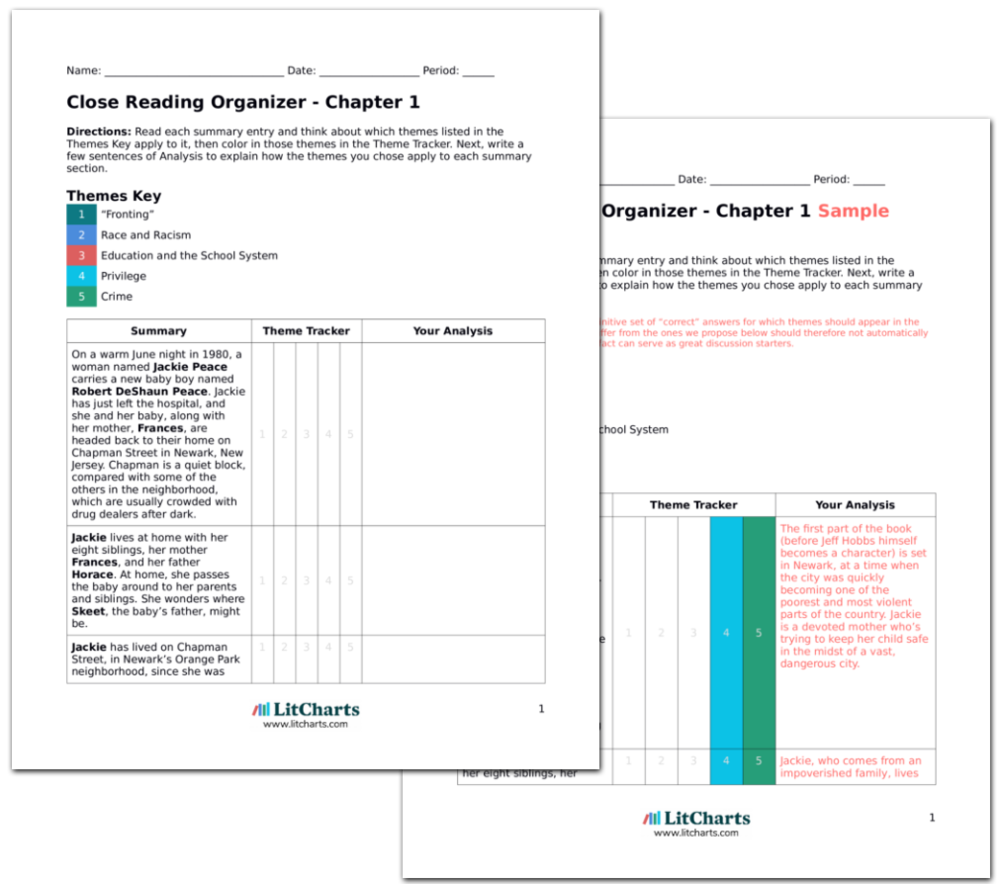