Download this LitChart! (PDF)
Teachers and parents! Struggling with distance learning? Our Teacher Edition on The Stepford Wives can help.

Get LitCharts A+
Claude Axhelm is one of the members of the Men’s Association in Stepford. He claims to be working on a personal project that involves recording the voice of everyone in town. According to him, building up a database of voice samples might eventually be useful for law enforcement or something of that nature, though he frames the entire endeavor as little more than a pet project. In reality, though, the novel implies that Claude is collecting voice samples from the women in Stepford so that the robots that will eventually replace them will have their voices.

The The Stepford Wives quotes below are all either spoken by Claude Axhelm or refer to Claude Axhelm . For each quote, you can also see the other characters and themes related to it (each theme is indicated by its own dot and icon, like this one:

She was wrong, she knew it. She was wrong and frozen and wet and tired and hungry, and pulled eighteen ways by conflicting demands. Including to pee.

If they were killers, they’d have killed her then. The branch wouldn’t’ have stopped them, three men facing one woman.

Bobbie would bleed. It was coincidence that Dale Coba had worked on robots at Disneyland, that Claude Axhelm thought he was Henry Higgins, that Ike Mazzard drew his flattering sketches. Coincidence, that she had spun into—into madness. Yes, madness.

Get the entire The Stepford Wives LitChart as a printable PDF.
"My students can't get enough of your charts and their results have gone through the roof." -Graham S.
Download 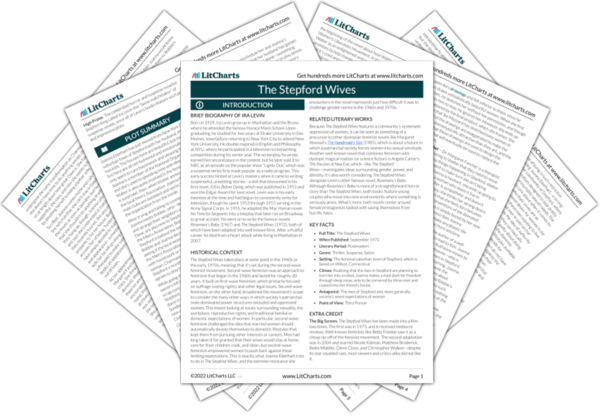 The timeline below shows where the character Claude Axhelm appears in The Stepford Wives. The colored dots and icons indicate which themes are associated with that appearance. 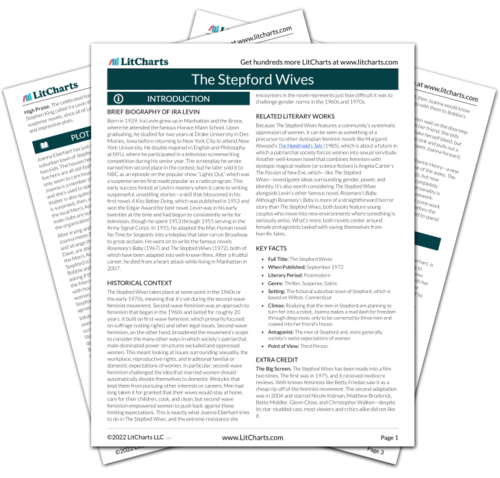 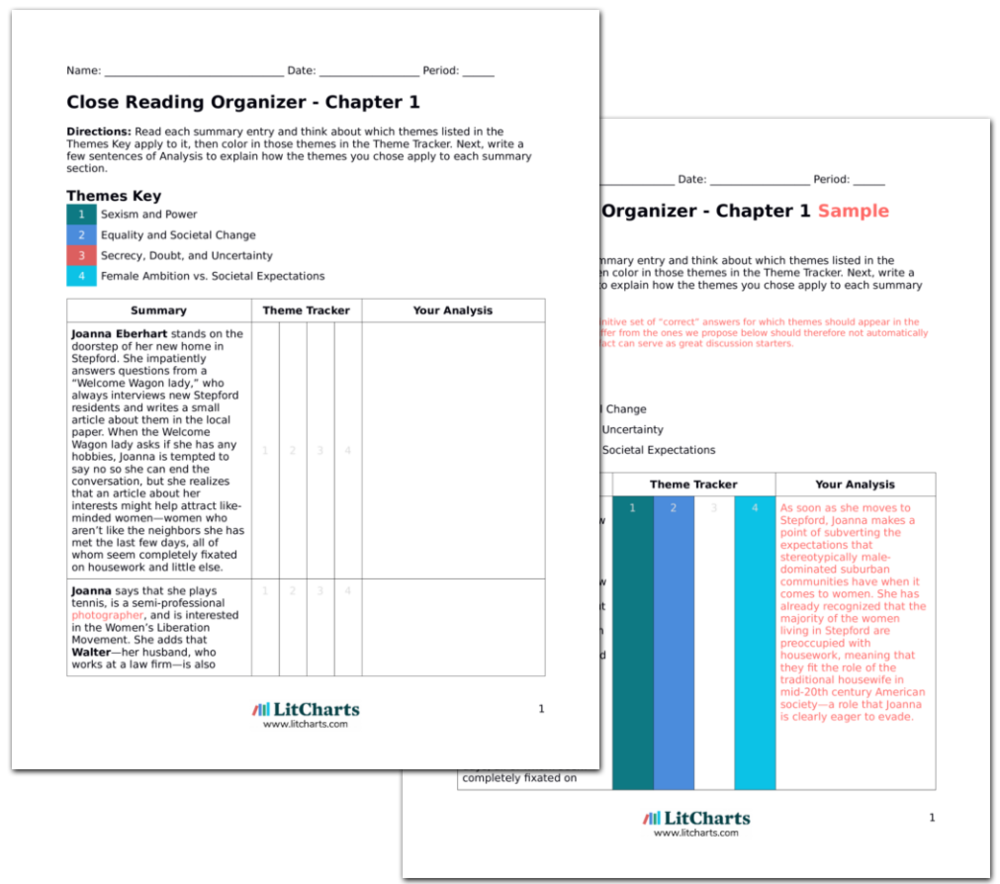