You might reasonably guess, if you were told that a woman became deliriously excited soon after her husband’s sudden death, that the marriage was not a very good one. However, “The Story of an Hour” makes it clear that Louise and Brently’s marriage was perfectly loving or, at the very least, normal. After all, Louise’s initial reaction to her husband’s death is completely authentic and powerful: she goes alone to her room not to plot her path to freedom but because, in her grief, she can’t bear to be with anyone else. And even as she begins to recognize the freedom that Brently’s death promises, she thinks of his “face that had never looked save with love upon her” and knows that she will weep with sadness when she looks upon his “kind, tender hands folded in death.

The basic goodness of Louise and Brently’s marriage is crucial because it means that Louise’s joy at her newfound freedom isn’t a critique of her marriage to Brently, but rather a critique of the entire institution of marriage. In her “moment of illumination,” she describes marriage as centered around “that blind persistence with which men and women believe they have a right to impose a private will upon a fellow-creature.” Louise believes love and marriage restrict freedom and that, as such, they are institutions in which the benefit does not equal the cost.

The ThemeTracker below shows where, and to what degree, the theme of Love and Marriage appears in each chapter of The Story of an Hour. Click or tap on any chapter to read its Summary & Analysis.
How often theme appears:
chapter length:
Chapter
“The Story of an ...
Get the entire Story of an Hour LitChart as a printable PDF.
"My students can't get enough of your charts and their results have gone through the roof." -Graham S.
Download 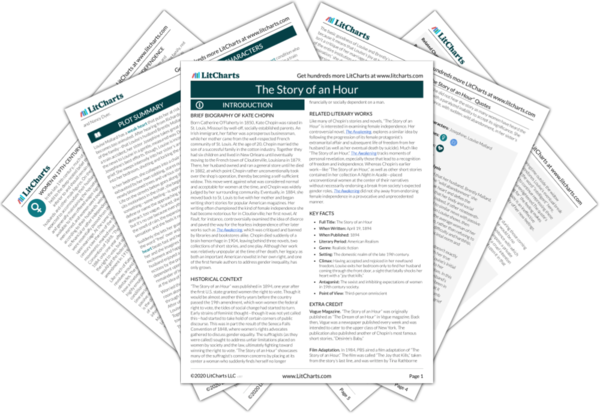 Love and Marriage Quotes in The Story of an Hour 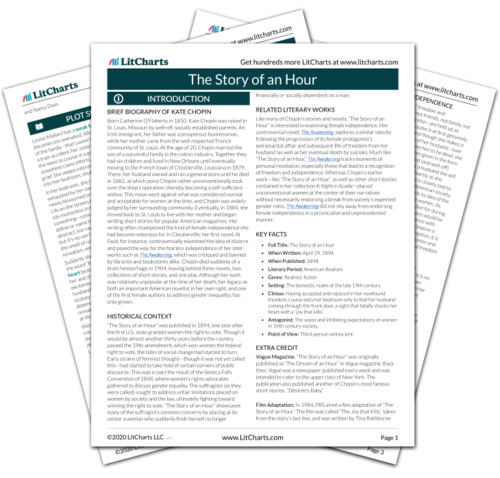 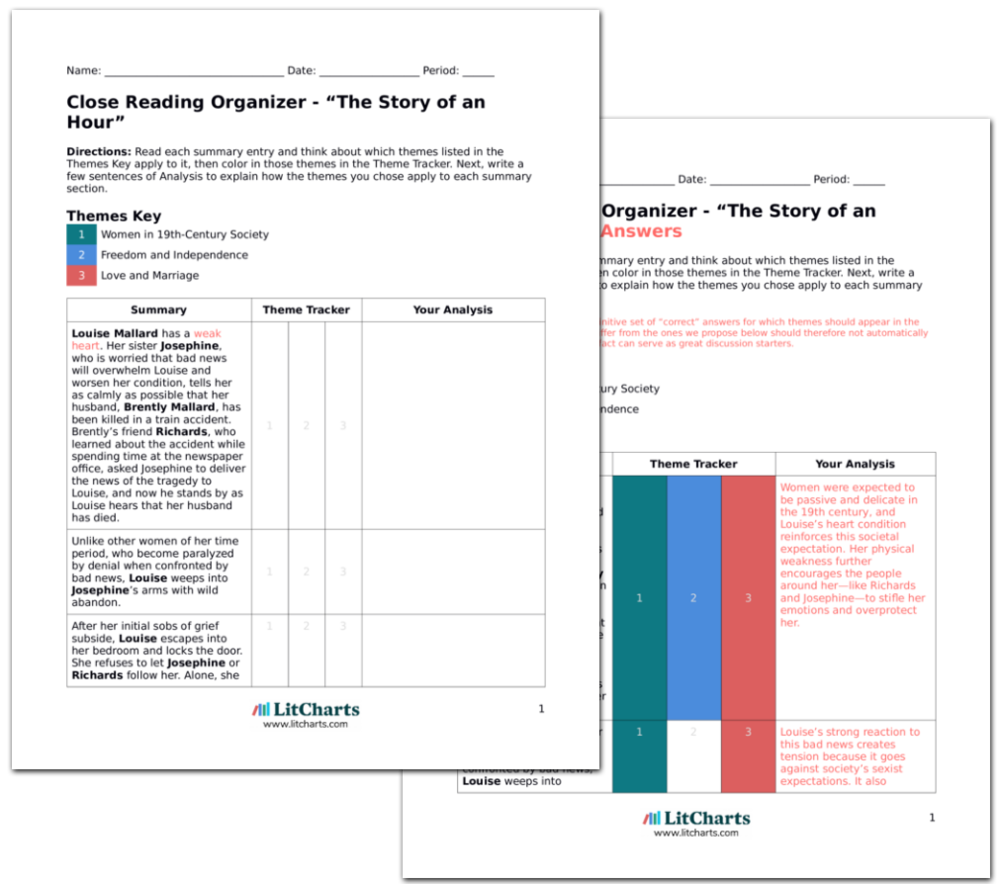