Mrs. Burridge, a 51-year-old woman, spends her day canning and storing green tomato pickle, a favorite food of her husband Frank. She and Frank live alone on an isolated farm. Though they have three children, all of them are now grown and live elsewhere. Therefore, Mrs. Burridge and Frank must fend for themselves and keep themselves occupied. It is the former that concerns Mrs. Burridge. Mrs. Burridge is a catastrophic thinker who is constantly worried about an apocalyptic scenario. She does not tell Frank about her thoughts, although Frank knows something is wrong.

Mrs. Burridge is also concerned about her relationship to Frank. The two of them are very comfortable around one another, but any sense of love and romance has been lost. Both are getting older, and Mrs. Burridge feels their mortality creeping up on them. She also worries about Frank’s declining mobility and his capacity to protect her.

While her second batch of green tomato pickle simmers, Mrs. Burridge stares out her back door. This is something she does multiple times a day. Eventually, she believes she will see smoke on the horizon which will signal that something terrible has happened. Soon, her second batch of pickle is finished, and she takes it to the cellar. There, she thinks about how all of her canned food once brought her comfort. It doesn’t anymore because Mrs. Burridge thinks that in the event of an apocalyptic scenario, she will have to leave her home, rendering most of the food useless.

After returning upstairs, Mrs. Burridge makes a grocery list on the back of a calendar page. While making her list, Mrs. Burridge daydreams about a doomsday scenario. In the daydream, two farmers come to get Frank, and the three of them head straight for the source of the ambiguous catastrophe. Mrs. Burridge, convinced that she will never see Frank again, begins packing up her things with the intention of setting off on her own. She packs up all the essentials for survival, including a shotgun she has deliberately hidden from Frank in case of an event like this.

Afterwards, Mrs. Burridge frees all the farm animals and begins hiking up the road. She walks until it gets dark and then strays off the road and into the forest. She knows she has been to this area before with Frank, but for some reason it does not seem familiar. As she walks through the woods, she comes across two men sitting at a campfire. The two men immediately spot her and start moving toward her. This frightens Mrs. Burridge and so she raises her gun. Soon, she realizes she will have to shoot the men, although she does not know if she is capable of doing so. As the men come closer, the daydream suddenly ends. Mrs. Burridge is back in her kitchen and looking at the clock. She then finishes her grocery list and heads out the door. 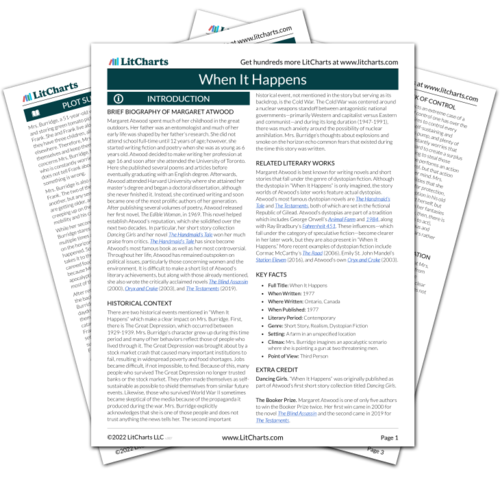 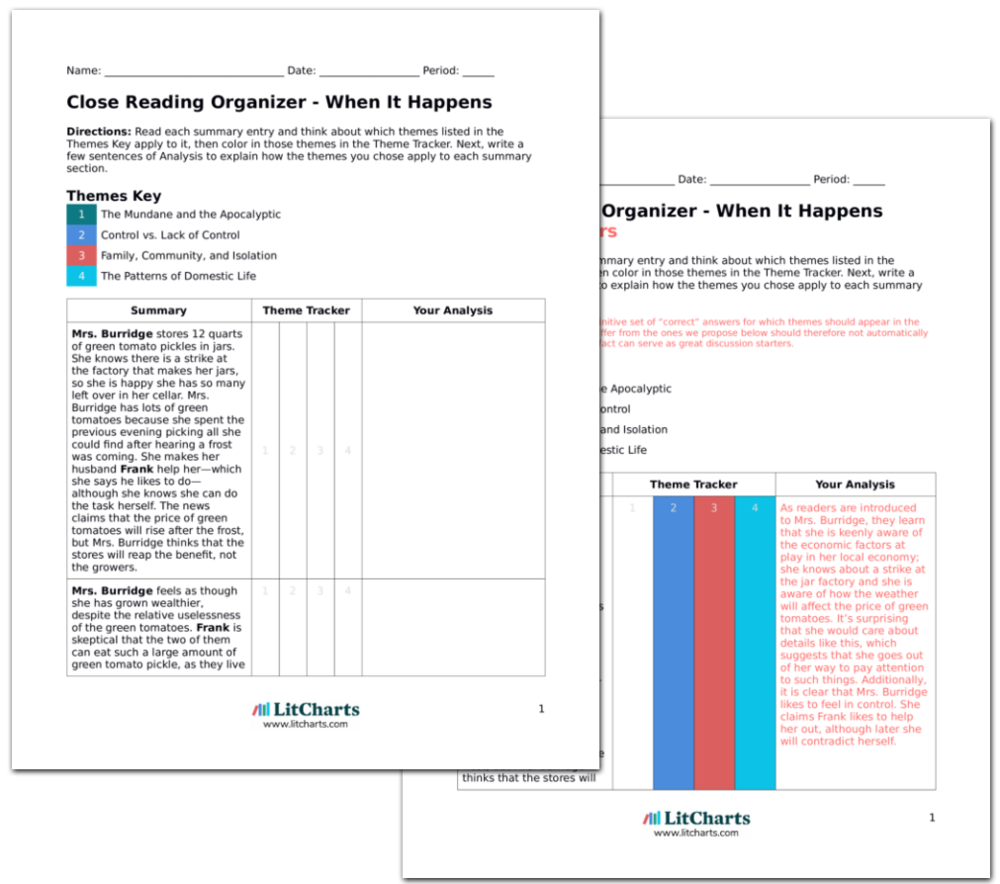