In the first of the three lectures contained in The Abolition of Man, C. S. Lewis uses the idea of “Men Without Chests” to symbolize human beings who lack what Lewis sees as “right sentiments,” or emotions that properly align with logical reasoning. Lewis argues that “The head rules the belly through the chest”—or, in other words, that human beings are properly governed by “emotions [the belly] organized by trained habit [the head, or reason] into stable sentiments [the chest].” In contrast to past eras, modern education, in Lewis’s view, tends to produce “Men Without Chests”—and then demands from its students moral values and virtues which, lacking well-formed sentiments, students are not equipped to recognize or embody.

Men Without Chests Quotes in The Abolition of Man

The The Abolition of Man quotes below all refer to the symbol of Men Without Chests. For each quote, you can also see the other characters and themes related to it (each theme is indicated by its own dot and icon, like this one:

). Note: all page numbers and citation info for the quotes below refer to the HarperOne edition of The Abolition of Man published in 2015.
Chapter 1 Quotes

We were told it all long ago by Plato. As the king governs by his executive, so Reason in man must rule the mere appetites by means of the ‘spirited element’. The head rules the belly through the chest—the seat […] of emotions organized by trained habit into stable sentiments […] these are the indispensable liaison officers between cerebral man and visceral man. It may even be said that it is by this middle element that man is man: for by his intellect he is mere spirit and by his appetite mere animal.

Get the entire The Abolition of Man LitChart as a printable PDF.
"My students can't get enough of your charts and their results have gone through the roof." -Graham S.
Download 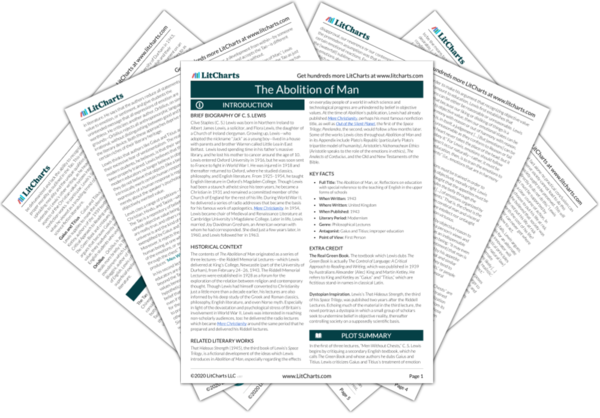 Men Without Chests Symbol Timeline in The Abolition of Man

The timeline below shows where the symbol Men Without Chests appears in The Abolition of Man. The colored dots and icons indicate which themes are associated with that appearance. 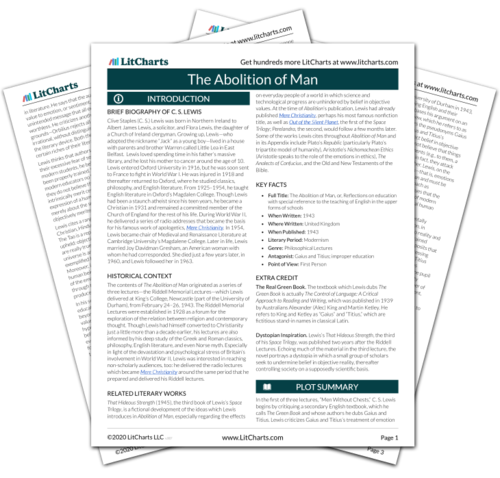 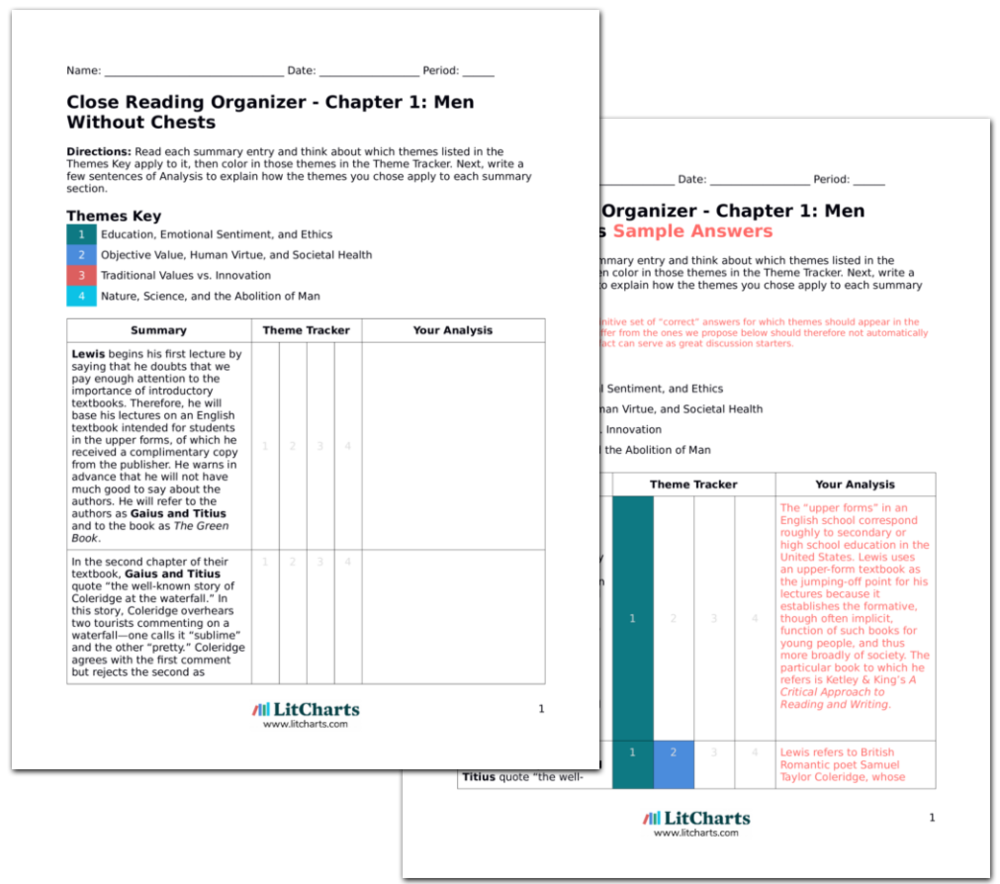