Sudhir Venkatesh, a graduate student in sociology at the University of Chicago, begins Gang Leader for a Day by describing a crack den in a project on the South Side of that city. Sudhir says he is not there to do drugs, but to observe people as they buy them, do them, and sell them. Sudhir structures his narrative as a series of observations on lower-class urban, predominantly African-American, society, combined with a description of how and why he came to study this particular group.

Initially, Sudhir was a student of Professor Bill Wilson’s at UChicago. Wilson, a famous sociologist, encouraged Sudhir to take a questionnaire into the projects of Chicago’s South Side, asking respondents “how it feels to be black and poor.” Sudhir does this and meets a group of young men one day who, along with their leader, JT, scoff at his question. JT, who Sudhir discovers runs a sub-group of a larger Chicago gang called the Black Kings (BKs), tells Sudhir that he can only learn about their lives if he returns and observes them living. Sudhir does this the next day, offering JT a beer and asking if he can follow JT around.

This relationship – in which Sudhir observes JT’s life as manager of a drug-dealing business, with attendant “hustles” in prostitution and other petty criminal enterprises – becomes the core of the book. JT introduces Sudhir to his mother, Ms. Mae, who often feeds Sudhir while he’s in the Robert Taylor Homes, the projects JT comes to “manage” as gang manager for that region of Chicago. Sudhir also meets, through JT, people like Ms. Bailey, a semi-crooked elected official who benefits both herself and those around her in agitating for better conditions in the projects. Others are characters like C-Note, a “hustler” who makes money doing repairs and cleaning cars – or T-Bone and Price, “lieutenants” of JT’s who help him manage the intricacies of the drug-dealing business that is at the center of the Black Kings’ moneymaking enterprise.

Eventually, Sudhir “takes over” JT’s position as gang leader for one day, and sees how JT manages the “foot soldiers” who sell drugs, the community organizers (like Pastor Wilkins, Officer Reggie, and Autry) who mediate between gangs, and the other people like Johnny, who run stores in the area, and whose small businesses often pay financial tribute to the BKs. Sudhir realizes just how complex JT’s business operations are. Similarly, he begins shadowing Ms. Bailey after his advisers urge him to get a different, and more women-centric, understanding of the projects. Ms. Bailey, in her position as “local area coordinator,” is charged with making sure families get what they need from the city’s housing authority, including apartment repairs and appliances. But she also hands out food and clothing, which she convinces area shops to “donate,” often for a fee. And she makes sure that women and their families are cared for, especially when abusive men stop by, demanding money or other favors. Sometimes Sudhir wonders at how Ms. Bailey can accept cash payments and other tributes for her “charitable” services, which she does regularly. But her assistant Catrina urges Sudhir to see Ms. Bailey on the whole as a giving, well-intentioned member of the Robert Taylor community.

By the end of the book, Sudhir collects information on the gray-market and black-market economies of the gang – most notably, the drug-dealing ledgers dating back years, which T-Bone provides Sudhir with secretly. Sudhir uses this data to bolster his observational research on the doings and workings of the BKs within the Robert Taylor Homes. JT gets a “promotion” up the BK ladder by the early 1990s, and Sudhir finds himself with a doctorate, a prestigious fellowship at Harvard, and then a faculty position at Columbia. But urban “renewal” in Chicago forces the demolition of Robert Taylor, and the crack business there falters, leaving JT with less influence within the BKs. By the late 1990s, when Sudhir visits, he realizes that he has a successful academic career – that he, too, has “hustled” in the projects to get the information he needed from his subjects. But JT no longer has the power being a gang leader afforded him, as the money supporting the gang has largely dried up. Nevertheless, JT and Sudhir remain close, if not exactly friends, and the book ends with Sudhir thanking JT for the insight he has provided in an overall picture of working-class life on the South Side. 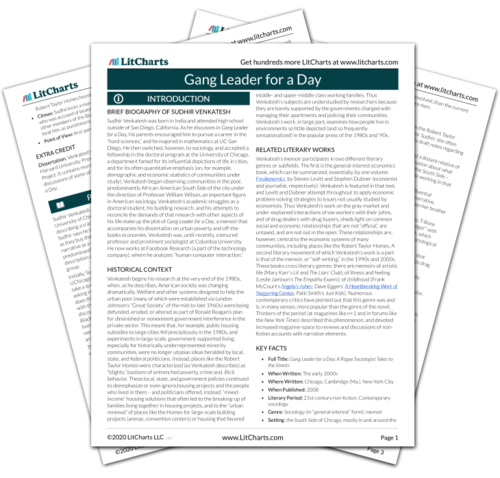 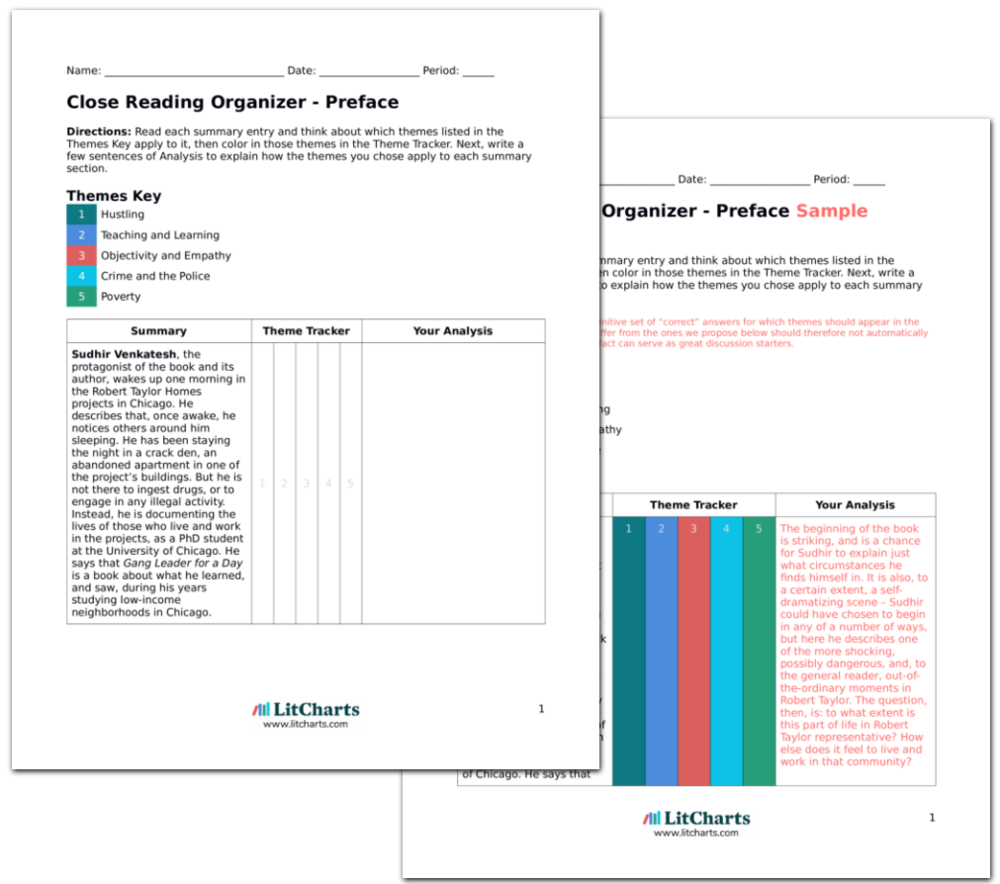