Get LitCharts A+
James and Mary’s second child, who died as a baby. Mary blames Eugene’s death partly on James and partly on Jamie. Indeed, she says she never would have left Jamie and Eugene with her mother if James hadn’t invited her to come on tour with him. If she hadn’t left, she maintains, Jamie wouldn’t have been allowed to go into Eugene’s room while he had measles. As such, the baby wouldn’t have contracted the disease, and would not have died as a result. It’s worth noting that O’Neill had a brother who died as a baby before he himself was born, and that this child’s name was Edmund. In Long Day’s Journey into Night, then, O’Neill has switched his name with his dead brother’s.

The Long Day’s Journey into Night quotes below are all either spoken by Eugene Tyrone or refer to Eugene Tyrone. For each quote, you can also see the other characters and themes related to it (each theme is indicated by its own dot and icon, like this one:

). Note: all page numbers and citation info for the quotes below refer to the Yale edition of Long Day’s Journey into Night published in 1987.
Act Two, Scene Two Quotes

It was my fault. I should have insisted on staying with Eugene and not have let you persuade me to join you, just because I loved you. Above all, I shouldn’t have let you insist I have another baby to take Eugene’s place, because you thought that would make me forget his death. I knew from experience by then that children should have homes to be born in, if they are to be good children, and women need homes, if they are to be good mothers. I was afraid all the time I carried Edmund. I knew something terrible would happen. I knew I’d proved by the way I’d left Eugene that I wasn’t worthy to have another baby, and that God would punish me if I did. I never should have borne Edmund.

Get the entire Long Day’s Journey into Night LitChart as a printable PDF.
"My students can't get enough of your charts and their results have gone through the roof." -Graham S.
Download 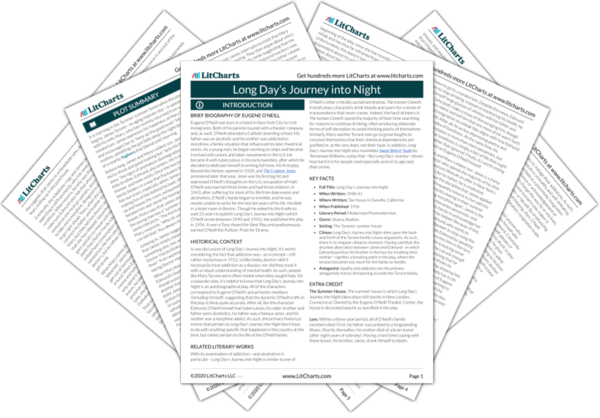 The timeline below shows where the character Eugene Tyrone appears in Long Day’s Journey into Night. The colored dots and icons indicate which themes are associated with that appearance.

Still reminiscing about the past, Mary thinks about her and James’s second son, Eugene, who died as a baby. “I swore after Eugene died I would never have another... (full context) 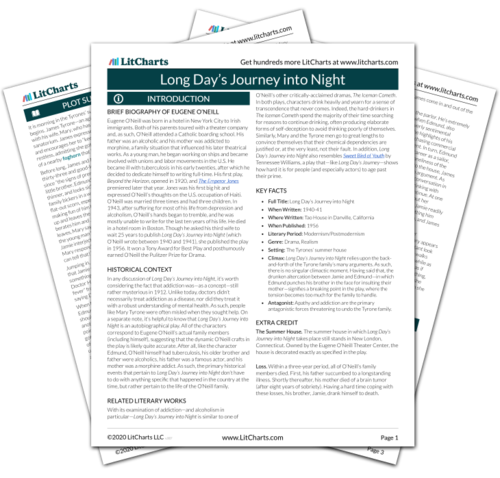 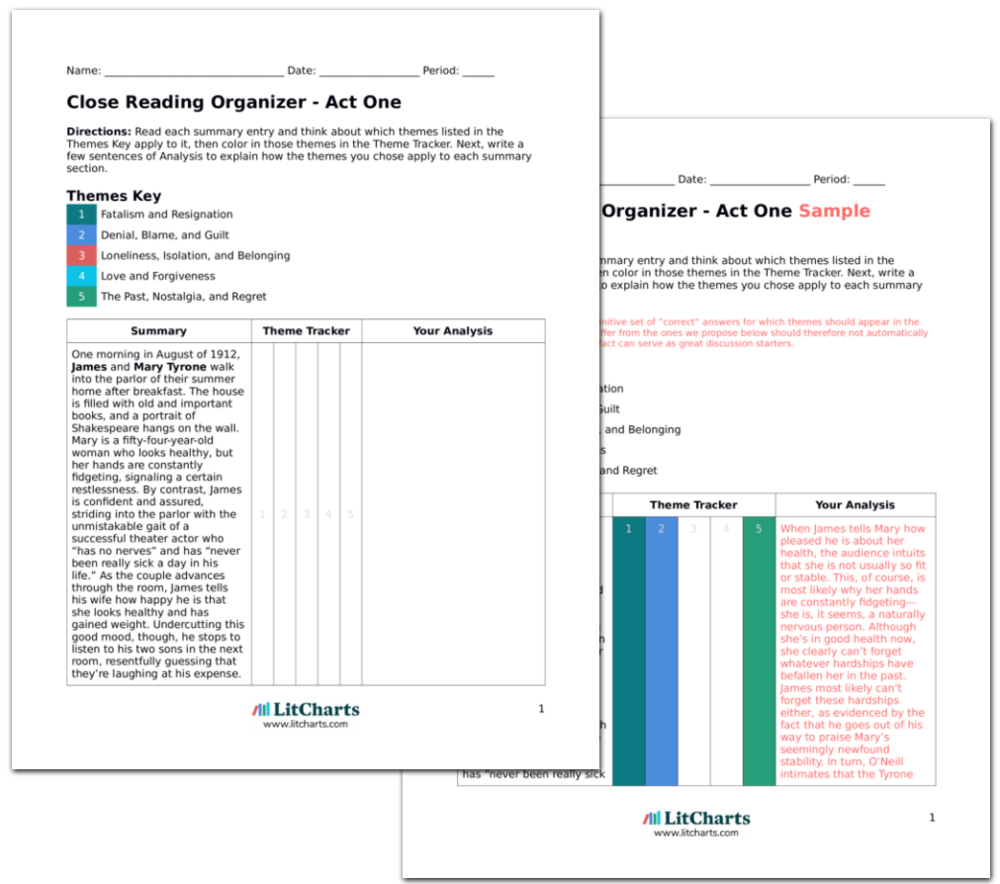