Download this LitChart! (PDF)
Teachers and parents! Struggling with distance learning? Our Teacher Edition on The Pilgrim’s Progress can help.

Get LitCharts A+
Adam the First is an honest-looking old man whom Faithful meets at the foot of the Hill Difficulty. Adam the First invites Faithful to live with him in the town of Deceit and work for him in exchange for good wages and an inheritance. When Faithful declines and walks away, Adam the First attacks him relentlessly, saying he doesn’t know how to show mercy, but Christ intevenes. Later, Christian explains to Faithful that Adam the First was really Moses.

Adam the First/Moses Quotes in The Pilgrim’s Progress

The The Pilgrim’s Progress quotes below are all either spoken by Adam the First/Moses or refer to Adam the First/Moses. For each quote, you can also see the other characters and themes related to it (each theme is indicated by its own dot and icon, like this one:

So soon as the man overtook me, he was but a word and a blow, for down he knocked me, and laid me for dead. But when I was a little come to myself again, I asked him wherefore he served me so? He said, Because of my secret inclining to Adam the First: and with that he struck me another deadly blow on the breast, and beat me down backward, so I lay at his foot as dead as before. So when I came to myself again I cried him mercy; but he said, I know not how to shew mercy; and with that knocked me down again. He had doubtless made an end of me, but that one came by, and bid him forbear.

Get the entire The Pilgrim’s Progress LitChart as a printable PDF.
"My students can't get enough of your charts and their results have gone through the roof." -Graham S.
Download 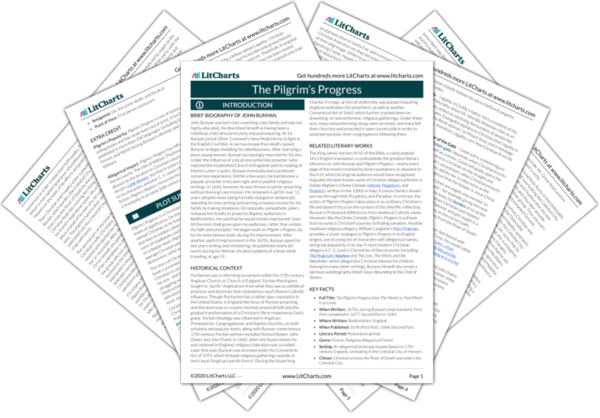 Adam the First/Moses Character Timeline in The Pilgrim’s Progress

The timeline below shows where the character Adam the First/Moses appears in The Pilgrim’s Progress. The colored dots and icons indicate which themes are associated with that appearance.

...foot of the Hill Difficulty, he met an honest-looking old man who identified himself as Adam the First from the town of Deceit. Adam the First asked Faithful if he’d be willing to... (full context) 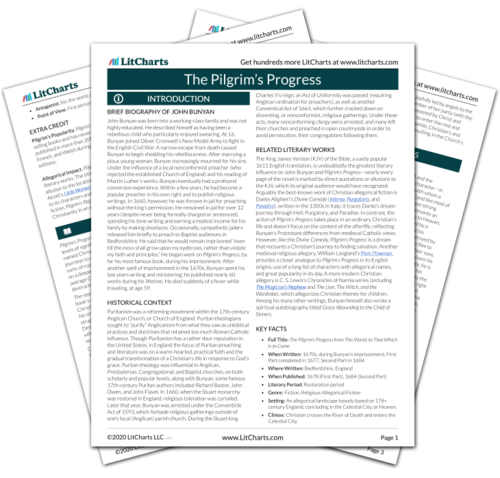 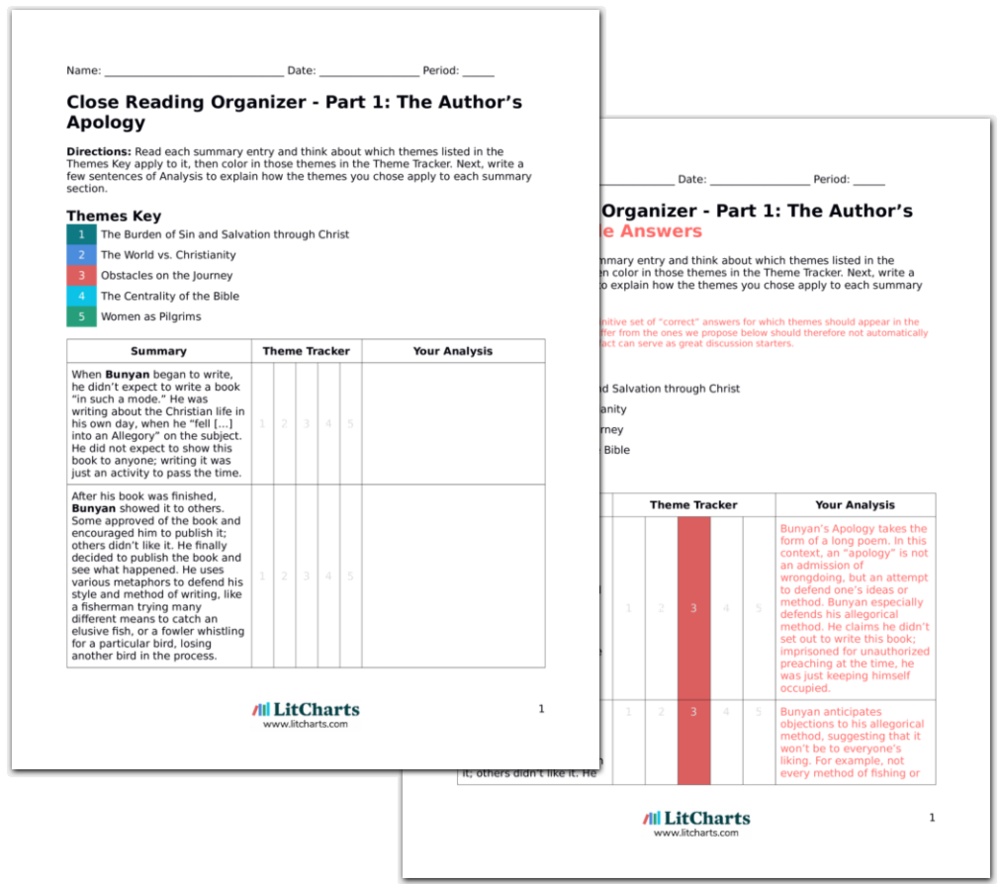