In The White Devil, and in the English Renaissance period more broadly, a ram’s horns were a symbol of a “cuckold”—a man who had been cheated on by his wife. Being cuckolded was seen as supremely shameful and emasculating, so costume horns were often used to mock married men. In Webster’s play, Camillo—whose wife Vittoria is, indeed, having an affair with another man—is surrounded by horn symbolism. From the earliest moments of the play, Flamineo teases Camillo for having horns and “large ears” (linking the horn symbolism to Camillo’s tendency to engage in gossip); later on, Camillo finds that someone has thrown a pair of horns through his window, which Monticelso interprets as a sign that “’tis given out you are a cuckold” (that is, everyone knows Vittoria is cheating on him). But interestingly, though Isabella similarly picks up on her spouse Brachiano’s infidelity, she distances herself from horn imagery, explaining that “I do not as men to try the precious unicorn horn.” The difference between Camillo’s obsession with being cuckolded and Isabella’s quiet sadness reveals a great deal about how differently the play portrays suffering infidelity for men and women: whereas infidelity was seen as shameful, public, and almost humorous if a man is the victim, for women, betrayal is a more private and personally devastating event.

Get the entire The White Devil LitChart as a printable PDF.
"My students can't get enough of your charts and their results have gone through the roof." -Graham S.
Download 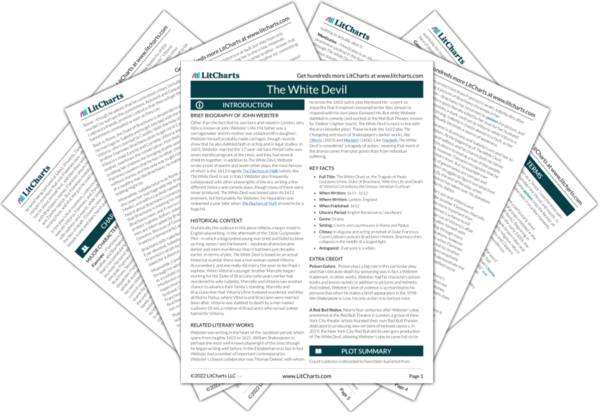 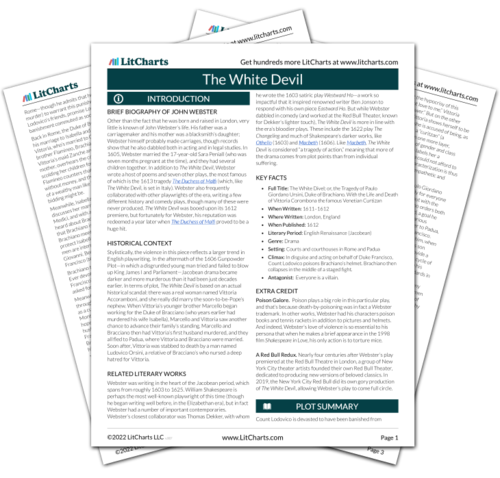 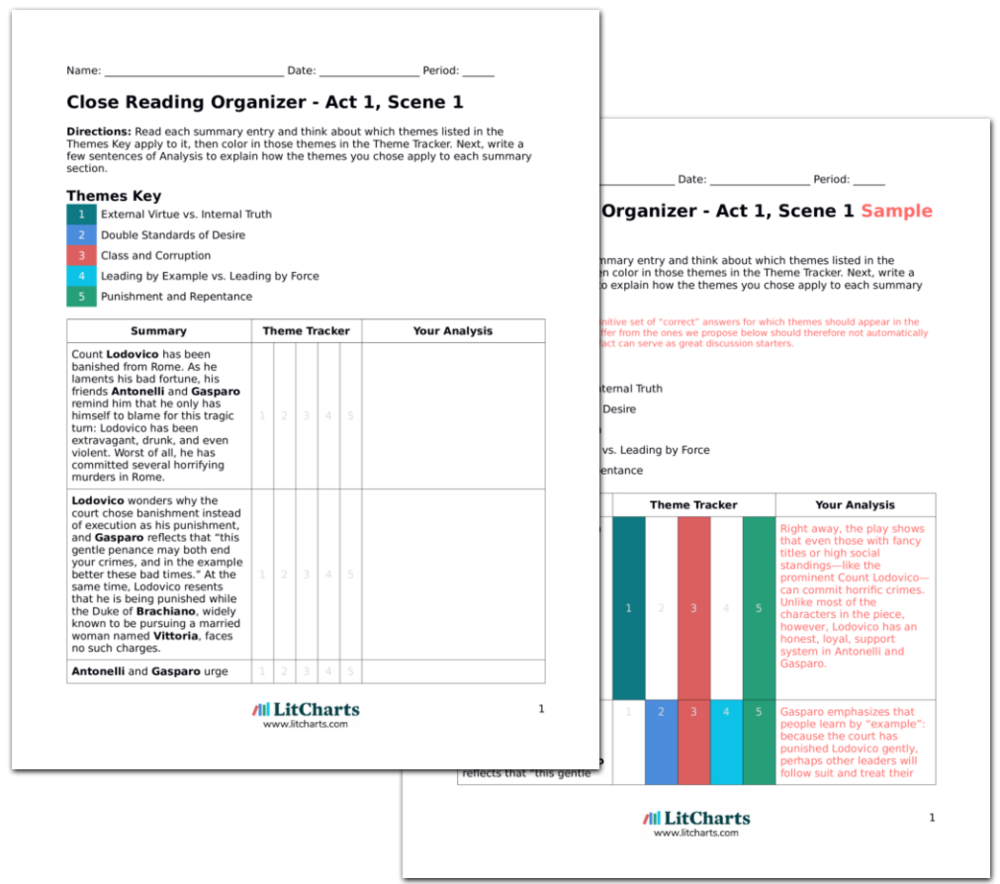